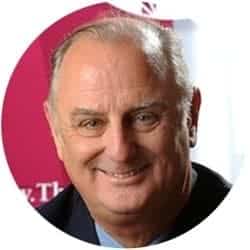 The emergency meeting of Euro-area heads of government in Luxembourg today may be the last chance to prevent a potentially catastrophic series of events in the Euro-area. In spite of the chorus of condemnation of the Greek government’s stand, it is the major Euro-area governments who are primarily responsible for a crisis which could lead to the eventual exit of Greece from the Euro and even threaten the future stability of the Euro-area itself.

No one – least of all the radical left wing Syriza government in Athens – denies the need for sweeping structural reforms of the Greek economy and its system of governance. Successive conservative and centre left Greek governments conspired not only to block such changes but to deliberately disguise the true gravity of the Greek economic mess. It has to be added that some of the Euro-area powers collaborated in this cover up before Greece joined the Euro.

The real question dividing Athens and the Euro-area together with the IMF is simple but fundamental. The Euro-area does not accept that there can be no lasting solution to the crisis that does not include substantial debt forgiveness. What is worse, Euro-area governments are insisting on further austerity measures which can only weaken an already anaemic Greek economy even further and add to Greece’s debt mountain. Even the IMF has hinted that debt relief cannot be avoided.

So what is really driving this blind, dogmatic persistence with a failed economic strategy? Could it have more to do with political ideology than economics? Is it not less about the Greek economic nightmare than a desperate desire to discourage those elsewhere who might seek to emulate Syriza?

The mainly conservative Euro-area governments are aware of the forthcoming general elections in Spain and Portugal. They fear an even greater political headache if similarly anti-austerity governments are elected at the end of this year in Spain and Portugal. The recent regional elections in Spain saw some breathtaking advances for the new, radical grass roots social protect movement led by Podemos.

It is quite possible that Podemos will emerge as the largest party – or anyway in a “king making” position after the Spanish general election later this year. The sight of triumphant, elected Podemos mayors in both Madrid and Barcelona, has sent a shiver down the spine of some conservative led Euro-area governments.

The situation in Portugal is a little different. But both Spain and Portugal have seen their debt-to-GDP ratios continue to increase in spite of years of austerity. That is why the leader of the left of centre opposition Socialist Party, the former Mayor Lisbon, has promised to oppose further austerity if he wins the forthcoming national election.

Some in high places in the Euro-area institutions have been irritated by some of the tactics which the Syriza government has felt obliged to deploy. But it is essential that the government retains the support and the trust of the electors who gave them such a clear mandate last year. Moreover that mandate is clearly one of support not only for Greek membership of the European Union and the Euro but of a positive EU strategy for economic recovery.

Should today’s summit fail to produce a genuine compromise agreement the consequences could be very grave. Not only the possibility of a messy financial default by Greece, but a further period of turbulence throughout the European and indeed the international financial system. Such an outcome would also place at risk the commitment of the Greek people and many elsewhere in southern Europe to the cause of European integration.

The emerging New Left in Europe has broken with the nationalist rhetoric and outlook which has such roots in other parts of the political spectrum. The likes of Syriza and Podemos and similar trends in other European countries are the natural allies – not the opponents – of a strong and united democratic Europe. Should they fail, much darker forces of the nationalist and fascist far right stand to exploit popular disillusion.

If a compromise is to be reached it must not only consist of a renewed commitment by Syriza to reform of the  corrupt and clientelist economic and political system in Greece. It must also include a firm and unmistakeable commitment to reduce the mountain of debt under which the Greek economy struggles for life. It is not good enough for Brussels to talk of “irresponsible borrowing.” It needs to recall that the “irresponsible lenders” in northern Europe are equally guilty.

Secondly the summit today must be seen to bring forward radical and comprehensive proposals for a major stimulus to the lacklustre economic recovery throughout the European Union. This is the time for a major investment drive to make Europe’s failing transport, energy, digital, educational and social infrastructure fit for the second decade of the 21st century.

Given the elementary injustice of the Greek case, almost complete absence of elementary solidarity from the major social democratic parties in the EU, has been stunning. After some initially friendly rhetoric after Syriza’s election victory, these parties have carefully kept their distance from anything which might look like support for Athens.

The insistence of the leaders of the German SPD in standing shoulder to shoulder with the Merkel coalition in refusing Greek appeals for debt relief has only underlined how far they have moved from their rhetoric in opposition. We hear nothing now about the case for Euro bonds to help finance a major, coordinated European Union economic stimulus.

The silence of the European centre-left generally about the insanity of adding further austerity – and inevitably further debt on the shoulders of the Greeks – is terribly eloquent. Could it possibly be that these parties, already grappling with what seems a long-term trend of electoral decline, want to see the upstart New Left in Europe marginalised before they become a potent political threat?

Given the hostile balance of forces facing the Greek government at the summit in Brussels today, perhaps the best which can be hoped for will be an agreement to – once again – “kick the can further down the road.” This could take the form of a short term (two years?) agreement to provide financial relief which promising future action to stimulate economic growth – through the much heralded Juncker Plan named after the Commission President, Jean-Claude Juncker.

This would be welcome in so far as it defers any threat of a Greek default, or a further step towards the collapse of the Greek banking system and the prospect of Grexit. But to make any sense in the longer term, any short-term relief package must also include a clear commitment to debt relief.

Perhaps the best hope for sanity to prevail today is that the penny is dropping, that a Grexit, while it might not trigger an immediate financial Armageddon, would fundamentally alter the permanent nature of the single currency commitment. The next time the financial markets turned their attention to another Euro-area economy in trouble, all talk of the permanent character of the Euro would be laughed out of court.