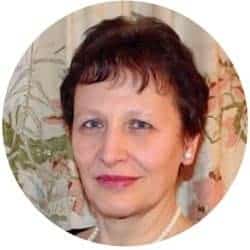 Heated debates have been sparked in some of the EU’s key recipient countries on the alleged adverse effects of free movement of labour, including in particular “welfare tourism”. These began in the wake of the economic and financial crisis and accelerated before the restrictions on free movement of Romanian and Bulgarian citizens were lifted in January 2014.

The “welfare magnet hypothesis”, well known from literature concerned with the motivation of migrants, attributes high importance to “pull factors” such as the widespread availability of social security benefits and high quality public services in the destination countries. The debates, still high on the agenda, centre on this hypothesis, focusing on mobile citizens from central and eastern European Member States (MS) which joined the EU in 2004 and 2007 respectively (EU10 countries).

The arguments voiced there suggest that these “new” EU mobile citizens are attracted precisely by better-quality services and easier access to those services in the more affluent western MS. This, it is argued, puts additional pressure on welfare benefits and social services in the host countries. The issue has recently become highly politicised.

Eurofound’s recent research has examined the impact of intra-EU mobility on public services in nine host countries: Austria, Denmark, Germany, Ireland, Italy, the Netherlands, Spain, Sweden and the UK. The aim of the research was not only to explore whether there was any evidence supporting the welfare magnet hypothesis, but also to reveal if there were difficulties with the societal inclusion of these mobile citizens. It also examined what were the underlying reasons for the challenges they had to face in the host countries.

What is the profile of the “new” EU mobile citizens?

East–west movement still dominates current intra-EU mobility, although as a consequence of the crisis, there has been an increase in mobility from southern European countries as well. Data from host country studies confirms previous findings that mostly young people from the EU10 countries have arrived with the aim of working and achieving higher incomes than in their countries of origin. In the UK, the estimates show that (given their obviously younger age), the average number of dependent children per family was higher than either that of the native population or the other EU mobile citizens. Gender composition of the EU10 citizens usually shows a balanced picture, although in Italy there is a consistent trend of a higher share of women – their proportion ranging between 55 and 57% over the period from 2007 to 2013.

Not surprisingly, EU10 citizens tend to live in bigger households. In Spain, for example, 20 times as many of these live in households with two or more families (4.4%) than do natives (0.2%). As regards multi-person, non-family households, the share of natives having this arrangement is much smaller than the share of EU10 citizens (for example in Spain and Austria).

The “new’ EU mobile citizens tend to be employed in those sectors where migrant workers are concentrated, for example in construction and agriculture, making them vulnerable when the economic crisis broke out (since those sectors, especially construction, were severely hit by the economic downturn). As a consequence, in many countries their unemployment rate became higher than that of the native population (although still lower in most cases than that of non-EU third country nationals – for example in Germany or the Netherlands).

Pattern of take up of benefits and social services

Overall, EU10 citizens’ take-up of welfare benefits and public services in the host countries is lower than that of the native population. This is especially the case in relation to disability and sickness benefits in most countries as well as true for social housing and pensions in all of them. The take-up of employment-related benefits, most notably that of unemployment benefits and in-work benefits, however, tends to be higher than that of natives in most of those countries where data/estimates are available (for example the take-up of unemployment benefits was found to be higher in Denmark, Ireland and Sweden, whereas in-work benefits, such as tax credits, were higher in the UK).

If education, especially compulsory education for younger children, is considered, it has an increasing role. As a consequence of this growth, some countries have reported a high concentration of mobile citizens’ children in schools in certain areas. This could lead to tension in some parts of cities and also in rural areas (as has occurred for example in East Anglia in the UK) .

However, the available data suggest that EU10 citizens tend to use health services less than the native population, mainly because the majority of them are young. Similarly, EU10 citizens make less use of social housing than natives. Data from Ireland and the UK show that fewer EU10 citizens access social housing even if they have similar socio-economic characteristics – such as income, family size or employment status – as indigenous people. The reason for reduced access clearly lies in the low stock of social housing, resulting in long waiting times even for natives. This means that recently-arrived EU mobile citizens join the bottom rung of long waiting lists for housing.

Even if the take up of unemployment benefits was found to be higher in some countries, this is certainly one of the immediate consequences of the crisis (i.e. EU10 citizens more vulnerable labour market position than nationals in the wake of the downturn). The signs of recovery, however, can already be seen, also in EU10 citizens’ improved employment level, according to the latest data. Therefore, the gap between the take up of unemployment benefit by EU10 citizens and nationals may disappear or at least narrow down in the foreseeable future.

If we consider the future impact on specific services in the host country, demand for social housing will be likely to increase among low-income mobile citizens. This could be linked to their intention to become more settled.

The study found that access to benefits even for eligible EU10 citizens could be problematic because of difficulties with navigating in the often complicated social welfare system that arise from lack of information and language knowledge. The EU should play a more proactive role in helping host MS to systematically support language learning. This is needed also for facilitating EU mobile citizens’ social inclusion. Such an investment could help not only in easing local tensions but, through smoother integration, also more convincingly militate against false perceptions of welfare tourism, which are not based on facts and figures.

A Eurofound report on the research behind this blog is published on December 9.

Klara Foti is Research Manager at Living Conditions and Quality of Life unit in Eurofound (European Foundation for the Improvement of Living and Working Conditions, based in Dublin). She has just now finished a project on the social dimension of intra-EU mobility and its impact on public services, based on experiences from 9 host countries.