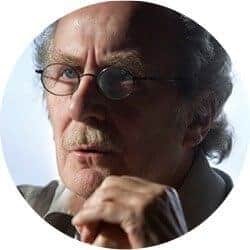 The neoliberal era started in the eighties as a revolt against the welfare state. It was a reassertion of the fundamentalist belief in market infallibility. It turned out to be a repeat version of history: Essentially it leads to casino capitalism, in the thrall of high finance, just as in the stock exchange crash in 1929. Austerity-like policies to deal with the consequences deepened the crisis, then as now, and ended in a decade-long Great Depression.

The bankruptcy of Lehman Brothers in 2008 signified the end of that neoliberal era. Once more, this version of unregulated capitalism crashed. It ended in the biggest rescue operation by the state in history. Stimulus packages by the state and quantitative leasing (printing money) by central banks on a massive scale rescued us from a new Great Depression.

Instead, we are now experiencing the Great Recession. What is the difference? A massive bail-out of the financial system by tax-payers. Once again, unregulated capitalism had to be saved from the capitalists – by the state. This has revealed neoliberalism to be what it is: pseudo-science in the service of the super-rich. Just like Soviet communism it is a fundamentalist dogma, which has utterly failed the test of implementation. And in so far as it is in the service of privileged elites and rejects the role of the democratic state in taking care of the public interest it is in essence anti-democratic.

Underlying the demise of neoliberalism is a financial system out of control. In the years 1980-2014 the financial system grew six times faster than the real economy. The fundamentalist belief driving it is that the sole duty of corporate CEOs is to maximize short-term profits, share prices and dividends. Those perverse incentives are used to justify executive salaries more than 300 times higher than those of average workers; and obscene bonuses.

This is many times more than in any other sectors, although managing money creates no comparable value. As such, this financial system has turned out to be the main conduit for moving streams of income and wealth from the productive sectors of society to the financial elite: from the 99% to the 1%. The share of labor in global GDP has fallen by hundreds of billions annually, while the share of income/wealth enriching the 1% has increased dramatically.

Small and medium-sized companies (SMEs) account for 67% of job creation in our societies, but receive only a fraction of total bank lending. In their single-minded pursuit of short-term profit the banks concentrate their lending on stock exchange speculation and real estate, increasing the nominal value of existing assets – creating bubbles and busts – and further enriching the rich.

This is why inequality has reached exorbitant levels in our societies. The rich are getting richer and the poor are getting poorer by the day. This is why long-term unemployment is built into the system. This is why poverty is increasing amidst plenty. This is why social cohesion is dwindling and polarisation growing. Since our leaders seem to be offering no convincing solutions, feelings of disappointment, resentment, anger and distrust are rising. Our democracy is under siege by the plutocratic elite.

This unsustainable financial system is footloose and fickle and prone to panic at the slightest sign of trouble, leaving behind scorched earth: collapsed currencies, bankrupted banks, sovereign defaults and mountains of debt to be paid by others. There is a complete disconnect between freedom and responsibility. After the crash of 2008 the system has been rebuilt on the same model. That means that we are stuck in a prolonged recession, even awaiting a new crisis. The people out there, who are suffering the consequences, are waiting for trustworthy solutions – radical reform.

What is our social democratic response to this existentialist crisis of unregulated capitalism? The basic elements of the Nordic model took shape as a response to the great socio-economic upheavals of the interwar period of the last century. In the West we observed the market failure of unregulated capitalism and the Great Depression. In the East we observed the Soviet experiment with communism: a centralized command economy run by a police state, which enforced the abolition of human rights, democracy and the rule of law.

We rejected both. We decided that we would follow the third way. We recognized the usefulness of a competitive market system, where applicable, to allocate resources and create wealth. But we put markets under strict democratic control to avoid market distortions (monopolies, booms and busts and extreme concentration of wealth). We insisted on public provision of education, healthcare and general utilities (energy, water, public transport, etc).

The means are familiar. Social insurance (sickness, accident, old age, and unemployment insurance), free access to quality healthcare and education, paid for by progressive taxation; active labour market policy to get rid of unemployment; and provide affordable housing for all. We emphasize equality of the sexes and strong support for families with children. These are redistributive policies aimed at increasing equality and social mobility – as a matter of human rights not as charity.

The result is a society where equality of income and wealth is greater than elsewhere. This means that individual freedom is not a privilege of the few, but a matter of emancipation for the many. Social mobility – the ability to advance in society, if you work hard and play by the rules – is de facto greater in the Nordic countries than elsewhere. The Nordic model has by now replaced the United States of America as the land of opportunity.

This is the only socio-economic model, emerging in the last century, that has withstood the test of time in the era of globalization in the 21st century.

Why the Nordic model works

The neoliberal creed is that the welfare state, with its high progressive taxes and strong public sector, is uncompetitive. State intervention hampers growth and innovation and results in stagnation. The bottom line: owing to its lack of dynamism, the welfare state is said to be unsustainable in the long run. And the proliferation of state bureaucracy is even said to threaten individual freedom and ultimately end in a totalitarian state (Hayek).

Now we know better. The facts speak for themselves. No matter what criteria we apply, the Nordic model is invariably at the top of the league.

This applies no less to economic performance than other criteria: Economic growth, research and developement, technological innovation, productivity per hour of work, job creation, participation in the labour market, (especially women), equality of the sexes, level of education, social mobility, absence of poverty, health and longevity, quality of infrastructure, access to unspoilt nature, the overall quality of life. Less inequality than in most places. And a vibrant democracy. What more do you want?

What tasks lie ahead? An all-out effort against the financial elite to restrain the forces of inequality and to reclaim the power of democracy. An unyielding solidarity with Europe’s youth, who have been left to fend for themselves in the queues of the unemployed, bereft of hope. And take up the fight for the preservation of the environment and our common future on this planet.

There are three major challenges that lie ahead in the immediate and near future:

The prospect of massive and systemic unemployment through automation calls for radical thinking about the distribution of income and the responsibilities of the democratic state in such a society. On the agenda should be proposals for a minimum basic income for all. This is a gigantic task that calls for well-designed redistributive policies in the spirit of social democracy, utterly beyond the capacity of unregulated capitalism to solve.

These three major problems, as well as relevant solutions, are inter-related.. A precondition for success in meeting them is a political alliance between social democrats, trade unions, environmentalists and the radical left among Europe´s neglected youth. The road signs are already there.

Remember the motto of Tage Erlander, the long-time leader of Sweden’s social democrats, and arguably the greatest reformer of the last century. He said: “The market is a useful servant, but an intolerable master”. And the spiritual leader of the Catholic faith, Pope Francis, agreed, when he said:

The worship of the golden calf of old has found a new and heartless image in the cult of money and the dictatorship of financial markets, which are faceless and lacking any humane goal. Money has to serve, not rule.

This is an edited version of a speech given at the celebratory 120th anniversary of the Lithuanian Social-Demcorati Party in Vilnius.