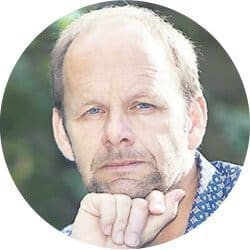 French prime minister Aristide Briand launched 5 September 1929 during the Assembly of the League of Nations in Geneva a sensational idea of a European federal union. All 26 European delegates afterwards declared support for Briand’s proposal.

This remarkable initiative at such a crucial moment in European history is hardly known outside an inner circle of specialized historians: an omission in our collective memory which is highly regrettable, because it reflects the current state of our European Union.

Briand is today mainly known for his peacekeeping efforts with regard to the Locarno Treaty of 1925-1926, together with his German counterpart Gustav Stresemann and the British diplomat Austen Chamberlain, for which they were granted the Nobel Prize. Stresemann, a liberal and then minister of foreign affairs of a coalition government, agreed with Briand in September 1929. He aimed at economic and financial integration of the European nations, that is to say a Europe without borders and customs. Several politicians of Germany’s Catholic party and social democrats shared his views.

The idea of breaking down frontiers in Europe to benefit economic development was a direct, although unintended result of the Treaty of Versailles. This treaty decreed eleven new sovereign states be modelled out of the ruins of the German, Austro-Hungarian and Soviet empires. Throughout Europe numerous politicians, economic experts, businessmen, bankers and intellectuals argued this wouldn’t work. Europe should be reunited again. Their motives sometimes differed, their roadmap wasn’t always the same, but their goals were: lasting peace, economic growth, democracy, and prosperity for all.

Although these ideas looked rational, especially where economic issues were concerned, there was an irrational side to it. Most propagandists of a united Europe felt they were part of a broad, European consciousness, a sort of spiritual paradise lost, that they wanted to regain.

One of the lesser known advocates of European union was Louise Weiss, a French Jewish feminist and journalist. Thinking back on the scattered Europe after the First World War, she wrote in her Memoires d’une Européenne (1969) that in the pre-war years: ‘We were still true Europeans’. This common feeling of brotherhood and togetherness on a cultural and intellectual level had to be restored.

Briand and the French government presented the Memorandum on the Organization of a System of Federal European Union on Mayday 1930. Meanwhile, things were changing. The Wall St crash of October ’29. And, in the same month, the anti-Nazi Stresemann died. Still, there were enough political leaders in Europe, also in Germany, who favored the idea of European collaboration. Moreover, the worsening economic situation made concerted action all the more urgent. The response of the 26 European states to the French memorandum was critical, but not dismissive. No government rejected the underlying idea.

Following Briand’s Memorandum, the so-called Commission of Enquiry for European Union was established by the League of Nations in September 1930. Its task was to research the possibilities of federal European union and make proposals about urgent issues. Thorough research was done. Between September 1930 and October 1931 they met for six sessions, each lasting a week. For example, the May 1931 session was attended by 68 prime ministers, ministers, diplomats and high officials of all nations.

It’s tempting to imagine how such a prewar European Union would have looked. It would show not only what could have been, but also what Europe has lost. Above all, it would reflect on the present state of Europe.

Briand concluded his September 1929 speech as follows: ‘Obviously,’ he said, ‘the new European association will be first of all economic, for that is the most urgent aspect of the question. Still, I am convinced that, politically and socially also, this federal link might do useful work, without affecting the sovereignty of any of the nations.’

That struggle between the economy and politics – Europe is all too familiar with. In his Memorandum the French prime minister again stressed that it was necessary to build the union on the base of morality, that is to say complete solidarity among the nations. Otherwise, it wouldn’t work.

Briand’s remark made sense. Without morality, no solidarity, no collective sense of responsibility, no empathy with each other. The union that Briand envisioned was linked with a large and deep-rooted European consciousness, with ideals, which Briand both wanted to use as a stimulus and to defend. That particular conviction is today more relevant than ever.

Therefore, the question what happened around 1930 is much more than reviving historical ghosts. One of the most interesting questions Briand’s démarche prompts is why it has been neglected for so long. Why did it never get the recognition it deserved after the Second World War, when the nascent EU was formed? Why isn’t it part of our collective knowledge? People need to share stories, traditions, memories to feel part of a community. The story of Briand’s project that could have changed the fate of millions of people should be one of Europe’s key stories.

What can we learn from it? Today only very few politicians dare to speak of ‘solidarity’, ‘responsibility’ or ‘morality’. This suggests a very poor knowledge and understanding of the past. When everybody seeks shelter again behind walls, barriers and barbed wire, the EU is clinically dead. The past shows a harsh truth for Eurosceptics and populist politicians nowadays: Europe does need much more political direction, on the basis of far-reaching solidarity. In a democratic, direct and decisive manner. If the EU wants to overcome current troubles, it must take a huge leap forward, finally realizing the dream of its founders, before and after the Second World War. Above all, we urgently need that widespread European consciousness of the Interbellum to prevent Europe from falling apart again.

Dr Wim de Wagt is an independent art historian, writer and journalist. He has published numerous books and articles on art, architecture, cultural history, politics and Jewish history. In 2015 he wrote Wij Europeanen (We Europeans), about the forgotten history of Europe in the interwar period.