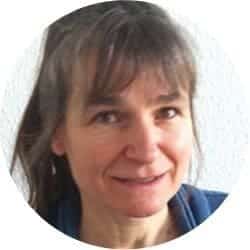 It has become conventional wisdom that low and stable inflation contributes to economic stability and most central banks in the advanced nations pursue some type of inflation targeting (Svensson 1997). Less widely acknowledged, although arguably more intuitive, is the fact that low-risk government bonds also provide an essential stability anchor for market economies (DeGrauwe/Ji 2013).

Without safe government bonds, sudden adverse shifts in expectations can give rise to a vicious cycle of soaring risk premiums, rising private borrowing costs, plunging production and capital flight. Several countries in the euro area got caught in this vicious cycle after financial markets and policy makers raised the possibility of debt restructuring and haircuts in 2010. At the height of the crisis the risk premium on 10-year government bonds issued by Portugal exceeded Germany’s by up to 14 percentage points and in 2017 Portugal had not yet reached its production level of 2008. To date, Greece’s GDP remains 25% below its pre-crisis level. 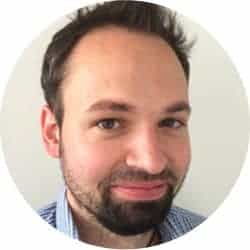 The existence of the two mutually reinforcing stability anchors “price level stability” and “safe government bonds” distinguishes stable from unstable economies and, in general, advanced economies from developing ones. Neither price stability nor risk-free government bonds can be established by decree but instead require a solid foundation, the main prerequisite being an effective tax system. Once both stability anchors are in place, negative shocks can be absorbed more easily, macro policies are more effective and vicious cycles less likely.

Just as a temporary deviation of inflation from target is less likely to impact on longer-term inflation expectations if there is confidence in the institutional framework, so a loss of confidence in financial sector profitability might cause financial market turbulence but not serious capital flight from domestic sovereign bonds or the domestic currency. In this respect, the United States and Japan are examples of stable advanced economies, despite their high public debt ratios. Argentina and Venezuela are counter-examples.

Where does the euro area stand? The euro is a safe medium for storing wealth and central bank credibility is high. The first stability anchor is thus firmly in place. The same does not apply to euro area sovereign bonds, however. Granted, Germany’s government bonds are considered a safe haven and, since 2010, Germany enjoyed several episodes of flight-to-safety inflows that substantially reduced government borrowing costs. But, ultimately, Germany is only as robust as the euro area as a whole and, given the zone’s institutional flaws, its safe haven qualities may well be an illusion. Until euro area governments decide to make the safe-asset quality of all their sovereign bonds a top priority, the eurozone will remain vulnerable to external shocks and shifts in expectations.

Against this background, it is worrying that policy appears set to move in the opposite direction. Various initiatives exist to remove the zero-risk weight of capital to be held by banks for sovereign bonds. These initiatives promise a reduction in government bond holdings of domestic banks, less financial contagion, and stronger fiscal discipline. According to data from the European Banking Authority, banks’ exposure to domestic sovereign bonds lies in a range between 4.4% in Austria, 11.7% in Italy and 15.7% in Portugal. Although lowering this ratio may be desirable for Italy and Portugal, it seems more than questionable to accept in return a substantial weakening of the stability function of government bonds as safe assets. A first step in this direction was the mandatory inclusion of collective action clauses in euro area sovereign bonds as of 2013.

Fortunately, February saw the publication of two quite similar safe-asset proposals that only require one small modification to pose a viable option for improving euro area institutional foundations. In the proposals by a group of 14 Franco-German economists (Bénassy-Quéré et al. 2018) and the European Systemic Risk Board (ESRB 2018) a portfolio of euro area sovereign bonds weighted in proportion of the respective country’s share in the ECB’s capital key is used to create new securities with different risk properties (Brunnermeier 2016). The senior bonds (70 percent) based on this securitized sovereign debt portfolio show risk properties similar to French bonds and would therefore be accepted by financial market players as safe assets. In contrast, the mezzanine (20 percent) and junior bonds (10 percent) carry more risk of potential losses.

As ESRB analyses demonstrate, the mezzanine and junior tranches would exhibit risk characteristics similar to Spanish and Portuguese bonds, respectively, and hence would be priced accordingly (Cronin/Dunne 2018). Recalling the Spanish and Portuguese sovereign bond spreads during the euro crisis, this shows that, without modification, the proposed structure cannot fulfill a comprehensive safe-asset function. To reduce the implied yield differentials, the market-discipline characteristics of the proposal should be tweaked in favor of more risk-sharing.

In principle, the construction has potential and is workable. To transform the new securities into a viable stability anchor, we propose a limited but effective modification. All that is required is that the euro countries jointly guarantee 10 percent of the structured bonds, i.e. the junior bonds. This limited joint guarantee would take the sting out of financial market reactions to shifts in expectations. At the same time, it would limit the extent to which divergent risk premia impair the smooth functioning of monetary policy. Finally, it redirects the focus toward coordinated fiscal policies in the euro area instead of leaving the assessment of fiscal soundness in a monetary union to financial markets. These are severely limited as watchdogs, indeed dysfunctional, because reactions are often too late and too extreme with herd behaviour frequently playing a role (Park/Sabourian 2011).

Collective action clauses and capital requirements for euro area sovereign bonds weaken the safe-asset status of sovereign debt by advertising the mutual distrust between euro area governments and the lack of eurozone team spirit. The Bundesbank and the German government delight in the safe-asset status of the Bund but fail to recognize that elevating financial markets to the role of watchdog over fiscal discipline undermines the ability of fellow euro countries to deal with economic problems and ultimately the stability of the euro area. Sound public finances are unquestionably a prerequisite for economic stability and prosperity. However, ensuring sound fiscal policies in a proactive and timely manner is the job of EU institutions as laid down in treaties which, in turn, would benefit from changes making fiscal rules simpler but more effective. Encouraging proposals are on the table as in Truger (2015) and in Bénassy-Quéré et al.