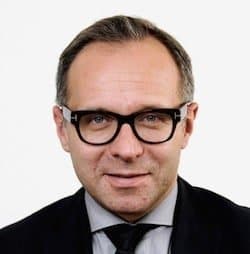 There has been much wishful thinking in Europe that populism will vanish once growth rates pick up. Those who have believed in this unlikely miracle tended to assume that the populist upsurge is a natural reaction to economic misery brought about by the crisis. In this, they are only partly right.

Populism is as much a systemic challenge, which reflects the breakdown of the political transmission mechanism in many European societies and at the EU level. Citizens have increasingly begun to question the responsiveness of their governments and their competence in the management of scarcity, the new discipline of politics brought about by structural change and aggravated by the crisis.

Populism has many faces. It feeds on angst, fear and a sense of injustice brought about by people’s growing disorientation in today’s world and coupled with mistrust for the mainstream parties. As such, it should not be dismissed too easily. Populism speaks volumes about the inner logic of our societies.

The Decisive Battle Ahead

In Europe, the much-feared showdown between populist and mainstream parties is about to start. This year will see a number of elections in EU countries, in which populists might either be the winners or they might come close to challenging the existing status quo. The Paris attacks will make this confrontation even more charged, with much bruising language to be expected. Europe’s political scene might never be the same again. It is likely to resemble more closely the reality across the Atlantic where the anti-Washington, non-Beltway populism is part-and-parcel of standard political practice. In this way, populism will finally escape the clutches of the 20th century European traumas of communism and Nazism, becoming domesticated in the continent’s political discourse. In other words, it is here to stay.

The maturation of the populist parties in Europe is new and often neglected. As long as they were anti-establishment forces attempting to replace the right-left cleavage with a crusade against “those in power”, one could easily dismiss them as a threat to democracy. From Syriza in Greece, through the Danish People’s Party, the National Front in France and Podemos in Spain, the new populists are now hungry for government. Their heightened activism is no longer about having a foot-in-the-door of the political system. Especially that the current golden opportunity might not last forever.

“Populism” is a spacious term that is often used to brand new political initiatives, which do not belong to the political mainstream. It matters most to understand what populism is about. The causes of populism are often different depending on the country. However, populism is always a reaction to the loss of control over one’s future. It is about weariness with globalisation and neoliberal capitalism, rejection of technocratic and anonymous complexity of policy-making, and angst with the mismanagement of mass migration.

The tactic of the mainstream parties is to multiply scare scenarios. While not ineffective in gaining time, this does nothing to address the fundamental reasons for the predicament. All the more so given that parties of the mainstream have no-one but themselves to blame for the populist challenge they have nourished. Some of them have become bastions of vested interests. In others, clientelism has been rampant. If anything, one can often be surprised by how little public acrimony there has been, not how much. In Spain, studies have been written by academics such as Elena Costas-Pérez on the phenomenon of “forgiving voters” with the conclusion that politicians are only negatively affected if they encounter massive media criticism. What is most stunning is that the process of change has only just started with some new rules introduced but no decisive actions taken. 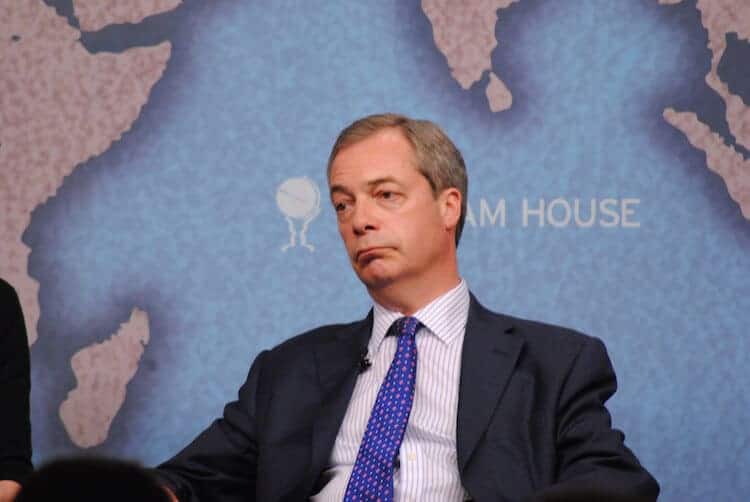 Populist parties, like Nigel Farage’s UKIP,  are on the rise in Europe (photo: CC BY 2.0 Chatham House)

The best scenario this year would be for the long overdue rejuvenation to begin within the established parties and for new non-populist initiatives to be launched. Both are needed as a reaction to the populists’ proposition that public opinion can be swayed with empty promises. Clearly, many parties of the mainstream have not been sufficiently responsive and lagged behind in engaging voters, including by means of social media. They would do well analysing closely the successes of their populist contenders and draw the lessons.

It is unlikely for any of the big issues to be solved under the pressure of populism. The context will not become more conducive when the organising dynamic is that of blackmail, even if the populists evolve along the way and gain credibility, as tends to be the case. What advocates of radical solutions to the Greek malaise easily forget is that the creditworthy countries, especially Germany, also have a public opinion. True, it has not moved much in response to events and it has been constrained in doing so by an unenthusiastic government. But it will not be more forthcoming when pressed against the wall.

The main answer to populism should be to react to its attempts to distort the reality, including the range of available solutions. It is stunning how weak such a response has been to date, even in areas where the populists are blatantly manufacturing the facts. New structures and new instruments should be created to assess political programmes against global best practices and experience. All in order to give citizens better tools to make up their mind.

However, there also has to be an answer at the level of policy. It needs to be three-fold, partly related to substance, partly to how it is enforced and communicated and partly to the way it is played out at the European level. The only way to fight the shortcuts of populism is to re-establish the ground for evidence-based policy. True, not everything can be tested and researched in advance. Some economic phenomena escape quick-fix solutions, as is clear when British economists struggle to account for the country’s lagging productivity. However, the body of economic wisdom is vast enough to provide powerful insights into most of the challenges of the day.

The second pillar of the answer has to do with the need for flexibility when policy changes and adjustments are necessary. Blind faith in yesterday’s doctrines can become a breeding ground for populism in itself. When facts change, policy needs to change as well. The EU has clearly shown too much tendency to stick to its economic dogmas, with dire consequences, believing for the past few years that structural reform will by itself revive the continent’s economy. Finally, communication policy has to become much more interactive, with no taboo areas closed for public scrutiny.

Finally, conclusions need to be drawn from the fact that the different European populisms feed on each other. Quite literally what is a mainstream view for some, might be populism for the others. At the heart of the problem lies the unspoken assumption that the commonality of interests among EU member states is not what it used to be. The North has not seized to fear the South’s plot to finance its way out of economic trouble. As a result, risk-sharing has become the new normal, as evidenced by the search for an acceptable formula for the ECB’s quantitative easing. This cannot be a recipe for success. The Eurozone and the EU more broadly will need to find a way to conclude a new pact between its member states as well as with the citizens.

EU Institutions: Part Of The Solution

The EU institutions themselves will need to develop a strategy on how to react to the upsurge of populism. They are both an object and a subject in this process. Much of the frustration of European citizens has to do with the policy that originates in Brussels. The institutions have tended to assume that they are bound to be on the virtuous side and their case will prevail. They have feared becoming embroiled in national party political squabbles. This strategy has run its course and will need to be replaced by more active messaging.

Populism is likely to remain a permanent feature of today’s democracy. The lowering of the entry criteria to political engagement, the flexibility of modern means of communication, which give instant access to a constituency of thousands, if not millions, will continue to invite political opportunism. The important issue is how populism will impact on the mainstream. Things will be fine if the prime influence will be in the mainstream correcting its wrongdoings and trimming its excesses. They will not be fine if populism becomes the new mainstream. The jury is out which of the scenarios will prevail in Europe.

This column was first published by demosEuropa