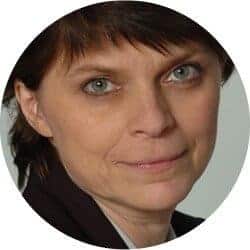 The European Commission, mindful again – finally – of its political role and responsibilities to uphold the law and the values of the European Union, has made an unexpected move to give Europe back some of its social dimension. The package of legislative and non-legislative initiatives on work-life balance that the Commission put forward on 26th April is also an acknowledgment that investing in people makes economic sense; that enabling women to fully partake in the labor market will save Europe a staggering €370 billion a year according to the most recent study by Eurofound.

The proposal on work-life balance, which had been the subject of heated debates inside the Commission, puts forward legislation for paid paternity leave and improved parental leave while finally individualizing parental leave rights and doing away with the existing provisions allowing for one month of parental leave to be transferred between spouses. The new parental leave proposal foresees salary replacement to at least the level of existing sick leave pay in the member states. Additionally, the legislative proposal also includes provisions for carers’ leave as well the possibility to ask for more flexible working arrangements because of caring responsibilities. So far so good! It is very unfortunate, however, that the Commission stopped short of improving the existing maternity leave provisions, a promise first made 25 years ago and still pending. Meanwhile, women are interrupting their careers to have babies without proper salary replacement and still face the possibility of being fired or demoted once they return from maternity leave.

Women’s organizations and trade unions have long been demanding that leave provisions should be paid so that women and men have real choices, both in terms of family and work. In addition to pay, the Commissioners also struggled with the non-transferability of parental leave rights since only 10% of fathers take up their option of a month’s paternity leave. With the new proposal, individual parents will benefit from the right to four months of parental leave, paid and non-transferable.

It must not have been easy for those commissioners who promoted the ambitious work-life package given that gender issues have been marginalized by the previous Commission and have few champions in the current one. Sensitive to both gender equality issues and what makes economic sense, these commissioners fought a tough battle and came out of it as new allies in the building of an improved social Europe.

But the battle for a genuine social Europe is far from won. The narrative about the important link between women’s greater participation in the labour market and more economic growth may still be espoused by leading EU decision-makers but actual policies have been chipping away at the hard fought-for achievements of the last 30 years.

Over the last eight to ten years the EU has gone through some cataclysmic changes. The Commission’s crisis management process was not only marked by the excessive application of austerity policy, but was also accompanied by an astounding degree of gender blindness. The success of its macro-economic policies remains central to the EU. It cannot, however, be disconnected from the social and political provisions within the EU Treaties, reinforced in the latest ones by the integration of the European Charter of Fundamental rights as part II.

We need an approach that promotes moves towards a people-centered European policy-making as long championed by international organizations such as the International Trade Union Confederation. Its report states that ‘an investment into the care economy of 2 per cent of GDP in just seven countries would create over 21 million jobs and help countries overcome the twin challenge of ageing populations and economic stagnation’.

The Juncker Investment Plan has potential, but ultimately fails to reach those, women and men, who can boost the financial and economic resilience of Europe. The plan favors infrastructural investments over investments in human capital. Most economists will agree that mobilizing public investment – supported by private – to stimulate growth is the way to go though they will disagree on what to mobilize for. It’s time to reconsider outdated assumptions and shift the focus of investments into the caring sectors and human capital.

There is no doubt that the work-life balance package is the most ambitious social legislation that the Commission has proposed in years and it will take a lot of political skills and popular support for it to be finally adopted by Council. If so, it could be a game changer, reasserting the Commission’s right of initiative and lending credence again to the Community method. What’s more, gender equality and care issues would rise to the center of policy-making, including macro-economic policy-making.

Such changes cannot be realized overnight, but one could start by integrating the consideration of gender equality in the different instruments and scoreboards which feed their information in to the Semester process. Subsequent success depends on proper target setting at different levels and mechanisms to enforce them, including automatic adjustment mechanisms. In this context, it is advisable to consider creating a Specific Task Force for Gender Mainstreaming to assist the political structure, as the collection and analysis of data and policy options could require, at least in the first phase, a significant mobilization of resources.

One can only hope that the EU will finally realize that business as usual is no business at all. Starting with a work-life balance package which has the potential to improve the quality of life and work of tens of thousands, if not millions of workers in Europe who are or will be parents and carers is a first step towards a more social Europe. But it is not enough on its own. Current proposals under the European Pillar of Social Rights leave a lot to be desired, in particular in terms of a coherent strategy. Quo Vadis, Europe?

Barbara Helfferich has more than 20 years of experience in European policy making working in key decision-making positions in the European Commission as well as in the non-governmental sector. She is one of the 5 co-founders of Gender5plus, the first European Feminist Think Tank which brings together academicians, politicians and activists in the field of gender equality.