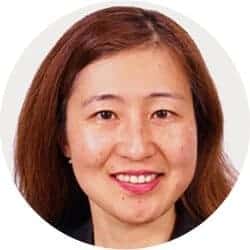 When laissez-faire economics led to catastrophe in 1929, Keynes devised a comprehensive economic theory to replace it. When Keynesian demand management hit the buffers in the 70s, there was an alternative ready. But when neoliberalism fell apart in 2018 there was…nothing. This is why the zombie walks. — George Monbiot, 2016

The age of uncertainty has arrived. We see a low-growth trap, rising inequality and populist movements. Neoliberalism, dominant since the late 1970s, has failed in many aspects. It has brought about widening inequality and financial vulnerability and boosted the emergence of far right extremism. Nevertheless, mainstream politicians continuously insist ‘there is no alternative’. Rescue for the ignored—who have a couple of jobs but still cannot make ends meet and/or whose poverty forces them to reply upon food banks or remain trapped in life-long debts—is not yet in sight.

‘No alternative’. Is it true? While the zombie walk of neoliberalism is there to see, there are other movements such as the left leader of the British Labour Party, Jeremy Corbyn, and the US self-styled socialist senator Bernie Sanders. Meanwhile critics of neoliberal policy from academics include economist Joseph Stiglitz, linguist Noam Chomsky and geographer David Harvey. These movements and voices indicate that people are looking for and hoping for – forlornly so far – an alternative against neoliberal hegemony.

What is a feasible alternative? The simple logical answer is: ‘discard neoliberalism’. The introduction of the alternative model would start from doing just that. It would be sensible to start from seeking resolutions to problems that neoliberal governments have failed to tackle in practice” why/how has inequality grown for the last several decades? Why have good jobs disappeared? Why have median wages stagnated for more than four decades in the US and since the 1970s in the UK. Why is housing unaffordable in England now? How has the debt regime at both sovereign and household levels surfaced in the US/UK and, regarding sovereign debt, in the Eurozone and Japan? Why is the US stock market performing so well?

Those phenomena are neither accidents nor totally unrelated incidents. Neoliberal deregulation policy has unleashed greed in the financial sector, causing the 2008 financial crisis. ‘Small government’ policy has taken a part in shrinking good jobs by cutting decent posts in the public sector and leaving the job-creation task to the private sector, which has, however, chosen to replace decent jobs with precarious ones with a view to cutting personnel costs. Non-financial sectors have learnt to make profits by shifting from investing in R&D, including human capital, to investment. In financial assets for the past three decades. ‘Shareholder value in the form of higher stock returns, not innovation and training, has become a corporate priority in economic decisions in financialised capitalism.

On the other hand, record numbers of households are in debt traps, which are mainly caused by prolonged wage stagnation and the high costs of buying and renting properties. The main debt area of households is housing itself as well as higher education, vehicles and credit cards. The financial sector has benefited from growing household debts. While middle- and low-income families have seldom had the opportunities to create their own wealth, economic elites have enjoyed wealth accumulation through capital gains and dividends. In this respect, the financialisation of the economy has boosted their wealth accretion.

The alternative model to neoliberalism is designed to stop this negative money circulation—which creates inequality—and shift the direction of monetary flow—which now goes from the poorer (in low salaries and debt payment) to the rich (with great opportunities for wealth creation). The alternative, in this respect, denies laissez-faire, over-sized financialised capitalism and the debt regime. It values demand-side economics. Decent employment, corporate social responsibility and land availability are core concerns in the alternative model.

Progressive taxation alone would not be enough to bring about the equal-opportunity society. Decent employment, fair distribution of land and substantial reform of the financial sector may reverse growing inequality and move us towards a fairer, more dignified society. As long as people are not decently employed, poverty will shape society. As long as land is unfairly distributed, wealth and income inequality will never disappear. As long as the financial sector is not properly regulated, greed will continuously rule the world and ruin the real economy.

The alternative will, therefore, consist of decent employment, affordable land and a smaller and better-regulated financial sector.