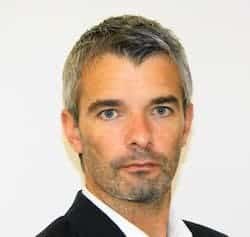 We are about to enter into a sobering period reminding us of the human capacity for destruction and devastation. As we begin to commemorate a number of key historic moments marking out the “century of violence”, there will be a need to honor the dead and remember the failures of our political imaginations in preventing the widespread slaughter of tens of millions.

But we cannot simply memorialize without asking difficult and searching questions about the contemporary moment. Are there, for instance, aspects of contemporary global society that make it possible to think and act in ways that render specific populations disposable?

Such questioning is more than simply an attempt to politicize memorialization. The memory of violence is always deeply embedded in “regimes of truth” that are the outcome of power struggles. History is never value neutral or self-evident. What Michel Foucault often termed the “history of our present” is the outcome of many fraught intellectual battles, often perpetrated on the side of the victors, who try to hide continued oppression and the most systematic of abuses all in plain sight.

Zygmunt Bauman remains one of the most important intellectuals connecting the violence of the 20th Century to the disposability of populations in the contemporary period. The author on some 50 books, Bauman is undoubtedly one of the most important critical voices of our generation. His eloquent and incisive writings are not the product of Ivory Tower privilege. Bauman’s work talks to the present having personally seen, intimately known, and lived through the worst excesses of 20th Century totalitarianism. His warnings for contemporary generations should been heeded then, precisely because he understands all too well the ability for mass violence to regenerate in novel forms that nevertheless reveal historical traces.

Bauman has continually showed remarkable sensitivity and courage when dealing with the question of violence. In “Modernity and Ambivalence“, he offered an account of the different approaches modern society adopts toward the stranger. He argued that, on the one hand, in a consumer-oriented economy the strange and the unfamiliar is always enticing; in different styles of food, different fashions and in tourism it is possible to experience the allure of what is unfamiliar. Yet this strange-ness also has a more negative side. The stranger, because he cannot be controlled and ordered, is always the object of fear; he is the potential mugger, the person outside of society’s borders who is constantly threatening.

In Bauman’s most famous book, “Modernity and the Holocaust“, he gives a fuller account of the dangers of these kinds of fears. Drawing upon Hannah Arendt and Theodor Adorno’s books on totalitarianism and the Enlightenment, Bauman developed the argument that the Holocaust should not simply be considered to be an event in Jewish history, nor a regression to some form of pre-modern barbarism. Rather, he argued, the Holocaust should be seen as deeply connected to modernity and its order-making efforts. The metaphor of the “Gardening State” was invoked here in particular to address the violence of modernist regimes that can rationalize the most abhorrent acts for the most progressive ends and calculated reasons. This has come to define a particular novelty of the modern period.

Such warnings permeate Bauman’s extensive intellectual corpus. As he noted in “Modernity and the Holocaust”,

The unspoken terror permeating our collective memory of the Holocaust (and more than contingently related to the overwhelming desire not to look the memory in its face) is the gnawing suspicion that the Holocaust could be more than an aberration, more than a deviation from an otherwise straight path of progress, more than a cancerous growth on the otherwise healthy body of the civilised society; that, in short, the Holocaust was not an antithesis of modern civilisation and everything (or so we like to think) it stands for.

As an historic event it was

fully in keeping with everything we know about civilisation, its guiding spirit, its priorities, its immanent vision of the world – and of the proper way to pursue human happiness together with a perfect society.

Hence, the violence was revealing of the

characteristically modern zeal for order-making, the kind of posture which casts the extant human reality as a perpetually unfinished project, in need of critical scrutiny, constant revision and improvement. When confronted with that stance, nothing has the right to exist because of the fact that it happens to be around.

Such reasoning has been carried through in remarkable texts such as “Wasted Lives” that highlighted with real purchase the modern compulsion to render things disposable – life included; while his more recent works on liquid modernity such as “Society Under Siege” and “Liquid Fear” dealt more specifically with new forms of violence which societies witness as they loose their traditional sovereign moorings. With considerable foresight, in fact, Bauman understood all too well what it meant to live in a condition that appears like a “planetary frontierland” wherein all sense of space and time have been radically transformed to the death of the so-called Westphalia Peace and conventional ideas on security and cohabitation. Bauman explains this in the most striking of terms to be the fundamental separation between power and politics.

Bauman’s work continually forces us to consider how the production of “disposable lives” at a systematic level is entirely in fitting with contemporary societies. Liberal modernity, in fact, is yet another chapter in the story of the production of “disposable humans”, or what he terms elsewhere “collateral casualties”, retaining the two defining and notably modern preoccupations: order building and economic progress. If we still rely on notions of order-building to set out those lives which simply don’t belong to the perceived order of societies as a result of their fixed identities; the incessant drive to progress continually casts aside those who are deemed to have no productive value or qualities worth extracting.

Significantly, for Bauman, not only is it precisely the continued production of disposable lives that defines all modern projects regardless of their ideological emblem. In a world where ideas of technological progress continue to shape ideas of human progress, the ability to cast aside entire populations is arguably easier than ever.

Bauman warns us that being disposable today means to be systematically abandoned from the increasingly concentrated benefits and riches of globalization. Not only do such conditions force us to rethink the meaning of mass violence in the 21st Century. They demand new ethical responses and political imaginaries to increasingly distanced others in a world that is paradoxically understood as “full” insomuch as the planet in now taken as completely accessible.

We are delighted to be able to continue our discussion and interrogation of disposable life paradigm with Social Europe Journal by media partnering Zygmunt Bauman’s important and compelling contribution on the theme. Following on from Cynthia Enloe and Simon Critchley’s earlier provocations, this reflection represents the third of our monthly released video reflections in the histories of violence ongoing project. Full details of the project can be found here:  http://historiesofviolence.com/specialseries/disposable-life/

Brad Evans is a Senior Lecturer in International Politics at the School of Politics and International Studies, the University of Bristol, and founder/director of the histories of violence project (www.historiesofviolence.com). His latest books include "Resilient Life: The Art of Living Dangerously" (with Julian Reid, Polity Press: 2014) and "Liberal Terror" (Polity Press: 2013). He is currently working on a book with Henry A. Giroux titled "Beyond the Spectacle of Violence" (Forthcoming, 2015).