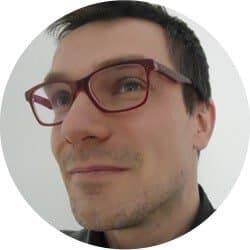 Italy’s Democratic Party (PD), the exact equivalent of Labour in Britain, is in total disarray. It came second in the 4 March general election, way behind first-time winners Five Star: scoring 19 percent against 33 percent. Skewered. Utterly embarrassing; yet hardly surprising. PD got an astounding 40 percent in the 2014 EU elections. Now we surmise that that must’ve been the continental left’s swan song.

But really, PD’s trajectory was a foregone conclusion: aside from Jeremy Corbyn’s party (and even then), social democracy across Europe is, if not nosediving, certainly in its worst shape since the 1930s. The scenario is bleak indeed when you consider that one of the few centre-left governments in the EU still in charge – Malta’s – is under tremendous pressure to prove it’s not involved in organised criminal activities.

Similarly, Slovakia’s prime minister Robert Fico had to step down in March after mass protests followed the killing of Ján Kuciak, a journalist who had exposed the incumbent leftist government’s links to the Italian ‘Ndrangheta. This goes to show what millions of disillusioned voters think: left or right, they’re all in it for themselves.

No wonder the self-styled anti-establishment Five Star Movement won. But did it really? Two months on and still no government in sight. After Spain and Germany, here’s another country with a much weaker left – struggling but still alive and kicking, just – on the verge of possibly entering government, but only in a junior role.

Nevertheless, the former prime minister and PD’s de facto leader Matteo Renzi said ‘No’ to Luigi Di Maio and Roberto Fico – (no relation to the Slovak) – the vociferous Five Star chiefs who, together with Alessandro Di Battista (Italian politics’ angriest trio), have spent the past five years relentlessly insulting Renzi like there’s no tomorrow.

“Within proportional electoral systems,” household-name Law professor Gustavo Zagrebelsky told the anti-Renzi Il Fatto Quotidiano newspaper, “everyone is called into play to try and win, even against all odds. In the end, of course, you can go into opposition if you’ve failed to negotiate. But [opposition] is not the default choice.”

Technically, Renzi’s stance cannot therefore be justified. President Sergio Mattarella asked Fico to enquire whether PD would like to form a government, after Di Maio failed to reach an agreement with allied centre-right parties. (Five Star does not want to deal with Silvio Berlusconi, second in line within such an alliance, having won 14 percent of the vote.) Hence, PD were still officially weighing up Five Star’s offer, despite Renzi, but swung to his side at a decisive meeting on May 3 and formally rejected talks with Five Star.

Renzi thinks that Di Maio as the next prime minister is not a realistic proposition. He told La Repubblica daily: “Hats off to the one who managed to get 33 percent, which is however far from 51 percent. Someone should give him [Di Maio] the 19 percent he needs out of the kindness of their heart, because to come and ask for my support just won’t work, not after I was told I was the cause of all of Italy’s evils – it’d be absurd to try and do that.” But President Mattarella has initiated a further round of consultations with the parties on May 7.

After twenty years of economic stagnation, Italians’ mood is naturally just short of foul. Spain’s per-head gross income is now higher; along with Portugal and Ireland, it has endured more draconian austerity measures than Italy has ever had to, and all three are growing at a much faster rate. Universal basic income promises could be said to have won it for Five Star, even though it never articulated proper labour market policies and antagonising trade unions at every opportunity.

Parallels with Spain are in fact multiple. Five Star share with Podemos a powerful anti-establishment rhetoric: the old system is portrayed as a caste of self-interested politicians. These are set against the general interests of ordinary individuals – society at large. According to this narrative, both socialists and conservatives are responsible, in equal measure, for the political and economic crises in Italy and Spain: Podemos and Five Star want to surpass what they define as the “fictional differences” between left and right. The real chasm lies – here they are in unison with UKIP’s Nigel Farage, their Strasbourg allies, to the tune of hundreds of thousands of euros from the EU – between the “people” and the “establishment.”

It’s a bit like “the 99 percent against the 1 percent” discourse, which denounces the class nature of contemporary capitalism. Podemos, in particular, propose a democratisation aimed at attacking capitalists’ vested interests.

Five Star, on the contrary, reduces Italy’s prolonged struggles to an issue of corruption and lack of pubic spirit (civismo), thus totally ignoring the economic and class dynamics of Italian capitalism. This is far from being sincerely progressive: their agenda is an odd amalgam of common-sense, populist calls plus a dash of right-wing paroles and a drizzle of left-wing slogans for good measure. Five Star have always campaigned for an overturn of the entire establishment but have miserably failed to address why Italy’s corrupted political system began in the first place.

Renzi, for his part, tried to have some wealth redistributed, however clumsily. It was always too little, too late. What he mostly succeeded in doing was alienating the conspicuous far-left current within PD. Eventually, the old communists broke away to join a new party called Sinistra Italiana, or Italian Left.

Last week, inadvertently perhaps, Renzi might have just done the most leftist thing of his entire career: saying ‘No’ to the Five Star MoVement (its full name, where V stands for vaffanculo, or loosely translated, “two fingers”). PD won the previous general election by a whisker and asked Five Star to help it form a government. Today, Renzi’s refusal has the bittersweet taste of a reprisal.

So, maybe there is a slim chance for PD to regroup, from the high-backed opposition benches or not. Those PD deputies around outgoing prime minister Paolo Gentiloni are in favour of negotiating, but they’re in the minority. Although Gentiloni was always a “Renziano” himself, belonging to a certain current does not involve, on this specific issue, following or rejecting Renzi’s view by default. It’ll be a personal choice. Regrouping, after this, may thus commence on an individual basis. The sheer force of dialogue could restart a centre-left party that, after 11 years, is going through a middle-age crisis (politicians are still fairly old in Italy, but organisations are very young indeed).

Never say never. Although you wouldn’t quite call that the rebirth of the centre-left. Too highfalutin. You’d just call it enduring hope, and that would be fine for the time being. That’d be plenty, actually, in the still floundering Bel Paese.

Alessio Colonnelli is a freelance writer on Europe; minority rights and regional autonomies; political dissent; and the state of social democracy.