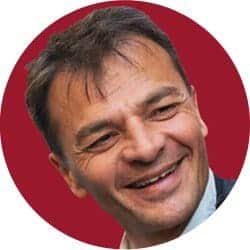 One possible reading of the March 4 vote in Italy is it follows the same as the UK’s Brexit, Trump’s victory in the last US presidential election and any recent election in the EU, including Germany. It passes along the national-supranational nexus, to put it in Gramscian terms. For us, as for everyone in the EU, it’s the national-European-Eurozone axis.

The precise articulation of the nexus is neither unambiguous nor neutral, obviously. It has distinct class signs: it benefits or harms various economic and social interests. For the mercantilist structure of the national-European-Eurozone nexus that’s been in place for decades, the main lever of action is the internal European market without social and tax standards, expanded to the East by the Prodi Commission in 2004, and the single currency within the neo-liberal framework of the European treaties.

The mercantilist nexus produces asymmetric effects not only among States (core and Piigs, for example), but also within each State: on regions and on different economic and social interests. So, the consolidated EU and Eurozone benefits the leading manufacturing and services companies with production chains devoted to exports (in Italy concentrated in the North) as well as to a limited extent their employees (blue collar aristocracy) and the lofty professionals connected with them. It also benefits financial enterprises, the top echelons of the principal public institutions that regulate the economy, and narrow elites in the fields of culture and information. In a nutshell, the export sector as a whole.

Using an equal measure of simplification, the consolidated EU and Eurozone on the other hand strikes at economic and social interests that depend on domestic demand: micro and small enterprises in commerce and services and their employees in whatever legal form (from the classic employment contract to freelancers); self-employed workers; professionals, in large measure young ones; public sector workers; and finally, the sea of jobless, both young and not so young (in Italy, mostly in the South). In short, those who should be points of reference for the Left.

In the recent Italian election, the variegated export grouping voted for the Democratic Party and for +Europe, for Forza Italia in its latest Merkel-ian incarnation and, on its small “Erasmus” fringes, for the leftist Free and Equal, and for Potere al Popolo (Power to the People). It is the cosmopolitan set that lives in city centres and in gentrified historic outskirts. The “masses” concerned by decades-long suffocation of domestic demand voted mainly for the Five Star Movement in the South and, in the North, especially, for Salvini’s League and its ally, Brothers of Italy. It lives in peripheral cities, suburbs and rural areas.

The problem for the pro-Europe actors in Italy – the Democratic Party, +Europe, Forza Italia and the Left – is that the beneficiaries of the national-European-Eurozone nexus represent, given Italy’s “fundamentals”, only a third of the economy (little more than the share of GDP from exports). An additional problem is that, in the last quarter-century, the main redistribution channels towards interests tied to domestic demand have been greatly downsized: from national collective labour contracts to progressive taxation to welfare benefits. The pro-Europe actors are, therefore, an electoral grouping that, for structural reasons, cannot constitute a majority, even if it were united in Parliament. This point is valid not only for Italy: it is relevant, more or less, for all EU countries, because the high value export-oriented interests are a minority everywhere.

On the other side, the set of interests linked to domestic demand may indeed form a large majority, but they usually diverge in their position towards the Eu and the Eurozone. In Italy, the League and Brothers of Italy are oriented towards Trumpism, i.e., isolationism and domestic neoliberalism. The Five Star Movement clearly presents itself as an alternative to the consolidated European nexus, but it has no clear line on what to do (the “I don’t know” answer given by leading 5 Stars MPs to the question on how they would vote in the referendum on the euro proposed by their leader, Luigi Di Maio, is significant).

So, facing a permanent marginalisation, what should the Left, reformist and radical, within and outside the Party of European Socialists, do? To answer the question, it is first necessary to tackle the basic one: who and what does the Left want to represent in the 21st Century? If it wants to try and represent “the excluded”, the interests tied to internal demand, the squeezed middle and working families, it has to abandon neo-liberal Europeanism: within the mercantilist architecture of EU treaties and the German-led functioning of the single currency, the Left in all shades of red (and pink) is over. For pro-labour corrections of the EU and Eurozone, the conditions are missing for deep cultural, moral and social reasons. It’s no accident that all the EU and Eurozone reform proposals, from the Juncker Commission plan to the France-German package to the non-paper by the Northen EU countries, fix the unsustainable problems within the current setting at best.

In this context, to find its mission, the Left should choose the route – very difficult given EU treaty constraints and international financial markets – of constitutional patriotism: the primacy of the country-specific constitutional social principles over the EU treaties’ neoliberal principles, aiming at blocking further social dumping and devaluation of labour and regenerating national democracy. It means, for example, replacing in the “Posting of Workers” Directive and in the Services (‘Bolkestein’) Directive the principle of “country of origin” with the one of “country of hosting”. It also implies introducing trade and services protectionist policies against tax havens within the EU. The corrections should be applied by “strengthened cooperation” among available members or even unilaterally if an EU-wide agreement is impossible in a reasonable timeframe.

In Italy now, the first consequence would be a dialogue with the Five Star Movement to agree a policy agenda for external support to a minority executive led by Di Maio.

Stefano Fassino was Deputy Minister of Finance in Italy (under Enrico Letta) and is currently an MP for Italian Left (Sinistra Italiana). He is an economist and formerly worked for the IMF.