The French EU presidency provides an opportunity to advance a ‘developmentalist’ strategy for the green transition.

The French presidency of the Council of the European Union has declared a new growth strategy for Europe, centered on energy transition, climate neutrality, technological sovereignty and social justice. With a brief six-month window to realise the strategy, will this be another empty gesture?

A speech by the French president, Emmanuel Macron, last month suggested a resolution of a long-running tension in the political and institutional architecture of the EU—broadly between a market-oriented, trade-centred liberalisation strategy for growth, pursued by Germany and northern Europe, and a state-led, production-centred developmental strategy, pursued by France and southern Europe.

A fully sovereign, industrialised country (or group of countries) would in principle be able to switch between the two, in response to changing external and internal conditions. But in the EU liberalisation has become institutionally entrenched as a strategy without alternatives.

Ironically, a decisive moment in the entrenchment of the EU’s liberal bias came in 1954, when France rejected the proposal for a political union. This would have created the supranational powers needed to blend liberalisation flexibly with developmentalism, in pursuit of a ‘future common destiny’ for European countries.

Against this backdrop, Macron proposes a new growth strategy for Europe—one that essentially ‘Europeanises’ France’s national strategy for state-led development. Articulating this with the European notion of ‘pooled sovereignty’, Macron wants to pursue the developmentalist road with Europe as a whole, rather than France alone.

To succeed, this would however demand a strengthening of the ‘polymorphism’ of European institutional capacities, such that the EU’s fundamental commitment to liberalisation (appropriate for mature markets) be balanced by capacities for state-led development (appropriate for emerging industries and emergency situations). Five propositions indicate the foundational actions required.

Reframe Europe’s unsustainability as a case of underdevelopment. ‘Underdevelopment’ is generally seen as comprising an underutilisation of science and technology by domestic industries, due to imbalances in the global market favouring traditional production. A long-term vision of overcoming underdevelopment gives governments a legitimate platform for intervening in domestic and foreign capital movements to support structural transformation. While Europe counts among the most developed regions in the world, it continues to produce and consume unsustainably—despite the ready availability of scientific and technological alternatives. This lamentable fact demonstrates that Europe is ‘underdeveloped’ vis-à-vis its own potential. Adopting this framing politically could help legitimise a state-led transformation strategy.

Routinise green exceptions to EU rules through a development agency. Because the EU is institutionally committed to trade-centred liberalisation, France’s new strategy would require routine suspension of the rules governing the internal market and the common currency, to make space for developmental projects. Many member states already have mission agencies or development banks, which could be charged with new developmental missions. What is needed at EU level may therefore in the first instance be an agency charged with deciding which state-led development projects would justify suspension of the rules. This agency could be embedded in the vice-presidency of the European Commission, building on its lead responsibility for the European Green Deal.

Diversify state-led green pathways through inter se agreements.To embrace European diversity, different groups of member states should be able to define shared pathways for the state-led green transition, through inter se agreements affecting only the signatories. Such agreements have previously helped the EU move forward when unanimity proved impossible. They could address how the signatories would go about achieving the union’s targets for reductions in net greenhouse-gas emissions—by 2030 (55 per cent below 1990 levels) and 2050 (to zero)—in terms of technological choice, geospatial planning, resource sharing and funding. If all member states joined one such agreement with a group of other states with compatible transitional objectives, Europe could avoid spending the critical next decade debating whether to pursue climate neutrality through nuclear power or renewables, with carbon sequestration or without and so on.

Democratise green transitions through state, user and co-operative ownership. The lack of profitability of certain socio-technical solutions with great potential for emissions reductions must not be a hindrance to widespread adoption. At the same time, the gilets jaunes episode in France showed how sections of its classes populaires could be mobilised in defence of incumbent capital interests if no alternative route to a shared prosperity were clearly held out. The institutional solution could be strategic favouritism towards democratically-controlled enterprises, whether these be state-owned, user associations or co-operatives. Democratic forms of enterprise give citizens concrete ownership of new installations and control or, at least, influence over technology options, design, physical placement, financing and so on. This can challenge local, ‘not in my backyard’ resistance and enable rapid investment in the low-hanging fruits of the green transition.

France’s ambition for a European developmentalism might seem implausible, if it did not come on the heels of recent developments pointing in that direction. First, the European Green Deal contains within it the building-blocks for non-market co-ordination of industrial development, including climate missions led by city governments, just-transition projects led by regional governments and green investment and procurement policies led by national governments. Secondly, the decision by the European Council in mid-2020 to allow collective debt creation and redistribution through the Next Generation EU fund represents a new willingness to invoke for political reasons extraordinary measures, which entail suspending—rather than deepening—market-enforcing rules, in the name of societal development objectives.

Together, these new policy mechanisms afford EU decision-makers emerging capacities for a developmentalist growth strategy, such as outlined by Macron. Making institutional space for them to grow could help member states jointly lead the green transition where the (internal) market cannot. 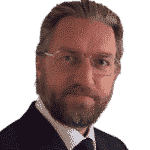 Rasmus Øjvind Nielsen is a postdoctoral researcher at the School of Governance, Roskilde University, specialising in institutional-change strategies for the green transition. He was formerly a project manager at the Danish Board of Technology Foundation.