The EU has often been thought of as primarily a market-making mechanism. Yet it is above all a cultural project.

The European Union is first and foremost a cultural project. The union’s founding values—respect for human dignity, freedom, democracy, equality, the rule of law and human rights—are essentially cultural. What is more, so are the qualities needed for Europeans to live together in harmony: solidarity, fairness, courtesy, kindness, respect for the truth and a sense of humour.

Today these values are at risk from religious extremists and unscrupulous political entrepreneurs, from sabotage by foreign governments and from Europeans’ own occasional indifference or reluctance to uphold them. Giuliano da Empoli has written:

For years, the only people who have been talking passionately about Europe are its enemies. If the pro-Europeans want to be able to fight against their vision, the first thing to do is to stop being boring, by stepping outside the established framework, even if it means risking controversy.

Culture resonates with Europeans. More than 6.5 million took part in the European Year of Cultural Heritage in 2018. Asked what most creates a feeling of community among European citizens, a plurality of Europeans say ‘culture’—more than those who say ‘economy’.

The EU should build on these results. The creative economy can be a powerful driver of Europe’s post-pandemic recovery. By fostering respect and understanding, art and heritage can counter bigotry and prejudice. Joint cultural initiatives, based on partnership and respect, can be a cornerstone of Europe’s future relations with Africa, Asia and Latin America.

Representatives of the cultural and creative sectors have long argued that the EU needs to adopt a horizontal, holistic view of culture. Unfortunately the European Commission did not urge member-state governments to include culture in their national recovery and resilience plans, and many have failed to do so. All the more reason, therefore, for culture to be mainstreamed across the six priority areas of the current commission.

Our first priority must be to preserve the planet. The European Green Deal challenges each and every one of us to change our hearts, our thinking and our behaviour. Cultural institutions and enterprises need to lead by example: they must green themselves. The cultural sector can also play a crucial enabling role by raising awareness of the need for change, and by motivating and empowering people to contribute personally.

Secondly, EU cultural policy must respond to the world’s Orwellian drift towards digital authoritarianism and aggression. Censorship, disinformation, hate speech and electronic surveillance fuel mistrust of democracy, undermine the rule of law and pose an existential threat to individual liberty. The use of algorithms in cultural production risks reinforcing structural inequalities, such as gender and ethnic imbalances, in the cultural and creative sectors. The more cyberspace is allowed to encroach on civil liberties and equality, the more it will become a hostile environment for art.

Thirdly, it is time for the EU publicly to acknowledge and celebrate the economic and social importance of the arts, heritage and the creative industries. More than seven million Europeans hold cultural jobs; in major cities the share can be as high as 10 per cent. No wonder cities across Europe are mobilising behind culture as a driver of sustainable urban development. The EU should make it a priority to support them, including through measures to improve the status and working conditions of artists. Brussels should also acknowledge culture’s contribution to health and include a cultural dimension in the European Health Union.

The United Nations Sustainable Development Goals offer an unprecedented, inspiring path to a world where no one is left behind. The EU should take the lead in proposing imaginative international cultural partnerships, based on equality rather than dependency. A heritage partnership between Europe and Africa would be a concrete and highly symbolic way for Europe to complement the decision by the French president, Emmanuel Macron, to restore African artefacts held in France’s museums.

Europe could also do more to integrate the power of culture into its policies to combat racism and promote inclusion. It should encourage cultural organisations and creative companies to lead by example, by diversifying their workforces and management—leadership which more than a few of them still need to display. The new EU strategy to counter anti-Semitism is more than welcome, but why is there still none to combat Islamophobia and foster Islamic life?

We live in a time of growing intolerance and increasing nationalism. Europe’s social fabric is fraying at the edges. To restore a sense of unity, of trust and direction, and to reconnect minorities and majorities we need to imagine and deliver a common European future. Only if we harness the power of culture can we do so. 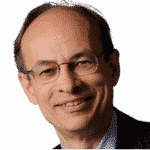 Gijs de Vries is a visiting senior fellow at the London School of Economics and Political Science. He is a former board member of the European Cultural Foundation and a former member of the Dutch government.