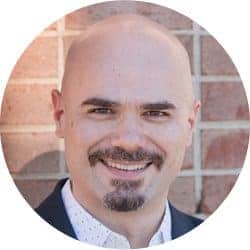 In August, Bono, lead singer of U2, wrote an editorial on Europe in which he pointed out that it may not be romantic or sexy but Europe is “much more than just a geography… [its values and aspirations] go to the core of who we are as human beings, and who we want to be. That idea of Europe deserves songs written about it, and big bright blue flags to be waved about.” These are the same flags that surrounded President Macron when he delivered a speech in the amphitheater of the Sorbonne a year ago, in which he affirmed that Europe is an “idea supported for many centuries by pioneers, optimists and visionaries, and it is always up to us to claim it for our own.”

Today, many Europeans do not share that visionary idea of Europe. Instead, they feel more represented by a narrative that has portrayed the European project as a bureaucratic monolith, ruled by an élite of technocrats who are focused on their self-preservation rather than people’s real interests. People view Europe as the villain: an antagonistic force imposing harsh rules that must be respected for their own sake. But where does this narrative come from?

Over the last ten years, populist movements have been increasingly capturing the material and emotional malaise that brewed in the social fabrics of North America and Europe. US President Trump has been in power since early 2017. In Poland, the national-conservative Law and Justice party has kept a firm grip on the country’s institutional system since it returned to power in 2015. Brexiteers successfully secured a popular vote for UK separation from Europe in 2016. Viktor Orbán was re-elected earlier this year as Prime Minister of Hungary. In Austria and Italy, populist parties and movements have co-opted right-wing parties within their respective governing coalitions.

While Bono and Macron’s vision of Europe rested on the promises that a united Europe in a globalised world would guarantee peace and prosperity to future generations, this social contract may have delivered peace but it did not deliver enough prosperity. According to the Eurobarometer, a majority of Europeans responded in 2017 that the quality of life “was better before.” Populist movements have successfully given legitimacy to all those left behind by the rapid globalization of goods, services, capitals, and people by crafting a narrative that addressed their sense of disappointment and offered a response that stirred a feeling of nostalgia towards an earlier world that, supposedly, was better.

However, is the populist narrative the only answer to all those left behind? Recent surveys tell a different story about Europeans’ perceptions and allow for alternative narratives to bring forward another vision of Europe. First, Europeans do not necessarily choose between their country or Europe, as the populists would want them to do. According to the Eurobarometer, in 2018 over 55 percent of EU citizens considered themselves as belonging concurrently to their own nation and to the EU, a 15 percent increase since 1992, compared to 35 percent of those who considered themselves as only belonging to their nation. In the same year, over 65 percent of people felt fairly or very attached to Europe, while as many as 70 percent felt that they were citizens of the EU. Moreover, a YouGov survey in 11 EU member states found that, while support for European solidarity depended on the nature of the adversity they were facing, it reached almost 80 percent for natural disasters and over 60 percent for military attacks. Europeans seem to love their country and at the same time share a common destiny with other fellow Europeans. Patriotism and Europe need not be mutually exclusive, as Macron again underlined on Armistice Day.

Liberal-democratic and progressive parties have the responsibility of elaborating a new kind of political narrative that connects technical reforms with people’s needs and emotions in a globalized Europe. A wealth of rigorous studies in academia, think tanks, NGOs, the private sector, and local government have drawn up and tested a raft of policy solutions that can bring about prosperity, reduce poverty, improve welfare states, and help people lead the kind of life that they choose to live. A new type of clear, succinct, and engaging political narrative ought to mix and match existing policy solutions and offer a vision of the world that helps people interpret the present and envision the future with hope, as opposed to nostalgia.

At the May 2019 elections for renewing the European Parliament, parties dreaming of a “nationalist international” movement across Europe have a realistic chance of electing a majority of MEPs that will represent over 500 million European citizens. What form and shape could a “European story,” alternative to that promoted by the populist movements, take? Europe has a common history and a common destiny. We need more songs written about it, and more big bright blue flags flying over our homes. But we also need a new, rigorous, and pragmatic narrative that uses metaphors and myths to make people feel at home again in a globalized Europe. Reacting to the growth of populist movements, political philosopher Michael Sandal recently wondered whether “Democracy is in Peril.” However, rather than worrying about the fundamentals of the liberal order, the solution may be in elaborating and putting forward a new narrative. It’s the narrative, stupid!

Massimiliano Santini (massimiliano.santini@eui.eu) is a policy leaders fellow with the European University Institute and a senior economist on leave from the World Bank. He is a graduate of Harvard Kennedy School and holds a bachelor degree in economics from the University of Modena in Italy.