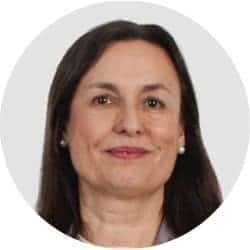 The next round of global climate negotiations, COP 24, takes place in December. It will need to make rapid progress on implementing the Paris Agreement so as to close the gap between what science requires and what countries are doing. European trade unions believe it must also be a milestone on the journey towards a ‘just transition’, guaranteeing that workers will not be sacrificed in the effort to cut emissions and arrest climate change. COP 24 must be the Just Transition COP.

Two priorities are on the agenda of this 24th Conference of the Parties to the UN Framework Convention on Climate Change (UNFCCC). The so-called Facilitative or Talanoa Dialogue process has been collecting information on countries’ progress towards meeting their national commitments, preparing for the introduction of national climate plans (NDCs). Now the dialogue is entering its political phase, when tough decisions need to be taken. COP 24 must also agree on a rule-book to apply comparable international standards and create a reliable framework for urgent progress.

COP 24 is especially significant because it takes place in Europe, and not just anywhere in Europe. The city of Katowice in Silesia, Poland, is at the heart of the country’s mining industry. The region is rich in mineral resources. Coal has been mined since the 18th century, and by the 1970s Silesia was one of the world’s largest producers. So the phasing out of fossil fuels means that thousands of livelihoods are at stake. According to Eurostat, 82,500 local jobs are connected to the mining industry and Poland still obtains 80% of its electricity from coal.

In June, the ETUC called on the EU to adopt a long-term strategy aiming for zero net emissions by 2050. Despite all efforts, CO2 emissions from G20 countries have been rising, not falling, and short-sighted decisions by major economies like the US put the whole United Nations climate regime in question.

Just a few weeks ago, in early October, yet another scientific report warned that “rapid, far-reaching and unprecedented changes in all aspects of society” are needed to limit temperature rises to below 1.5°C. On current pledges, the world is heading for an increase well above 3°C by the end of the century. According to the Intergovernmental Panel on Climate Change, “the next few years are probably the most important in our history”.

Increasingly hot, dry summers and droughts, ferocious storms, torrential rain and flooding … in Europe and around the world we have seen the impacts of climate change rapidly growing in intensity. There is no time to waste in stepping up efforts to cut emissions and to keep within the 1.5-2°C limit that would avoid environmental disaster. The EU needs more ambitious climate policies – but not at the expense of social justice.

The trade union movement called on governments at COP 24 to adopt a Ministerial Declaration on just transition and decent work. Over the last 12 months, the ETUC has played a key role in pursuing this objective, working with the UN, the European Commission and member states, the Polish COP 24 Presidency, European trade union federations and our Polish affiliates. So we welcome the Solidarity and Just Transition Silesia Declaration that Poland has tabled ahead of the Katowice meeting and urge all governments to support it. It sends a crucial message that climate action will not take place at the expense of workers’ rights and that the low-carbon economy will be fair and inclusive.

A just transition is also key to gaining public support for long-term emissions reductions. The declaration recognises the challenges for cities and regions dependent on fossil fuels; it calls on governments to take the necessary steps to offer a decent future to communities affected by the low-carbon transition. And it emphasises the need to protect human and labour rights and the well-being of workers and their communities.

Ensuring a just transition for the workforce means creating good-quality jobs in new, sustainable economic sectors. It also means enabling individual workers to adapt and providing a safety net of social protection when needed. Comprehensive retraining will be needed to avoid skills shortages and equip workers for jobs in green technologies while climate actions must be at the top of the industrial relations agenda, to anticipate changes and ensure workers have a say in them.

We believe deep decarbonisation will create new jobs in many sectors, as well as other fringe benefits, but in some sectors and regions the transition will be especially tough. The UNFCCC has a key role to play in driving action. This should include collecting examples of good practice, offering advice on supporting workers and communities, mainstreaming just transition into all climate policies and strategies et al.

The EU has been leading on climate action for at least three decades and should now demonstrate leadership, through the Commission’s long-term strategy due this month, in pursuing a full European just transition policy. According to the Commission, 41 regions in 12 EU countries are actively mining coal, with some 480,000 jobs at stake, and they face significant economic and social challenges. But other sectors will sooner or later be impacted by decarbonisation. A just transition approach is key to enabling the EU to cope with structural changes ahead.

This needs funding. The ETUC called some time ago for a Just Transition Fund to be set up, particularly to support regions dependent on carbon-intensive industries. We welcome the recent reform of the EU Emissions Trading System which will earmark auctioning revenues for innovation and modernisation to transform Europe’s power system. We also back demands to establish a Just Energy Transition Fund under the next Multiannual Financial Framework (EU Budget) and to mainstream just transition within it.

The EU has committed itself to implementing the UN’s 2030 Sustainable Development Goals, adopted by the UN General Assembly in 2015 and including commitments to climate action, protecting the environment and affordable and clean energy. COP 24 must demonstrate a real determination on the part of the global community to reach these goals, which will determine the future of humanity and of our planet.

Montserrat Mir Roca is Confederal Secretary of the European Trade Union Confederation. Previously, she was a member of the national executive of the CC.OO trade union in Spain.