The decision of the European Council, at French behest, not to begin accession negotiations for North Macedonia and Albania will have region-wide reverberations.

In his famous Sorbonne speech in September 2017 on the future of the Europe, the French president, Emmanuel Macron, said of the union’s internal differentiation: ‘No State must be excluded from the process, but no country must be able to block those wanting to make faster progress or forge further ahead.’ Yet Macron has put a brake on the wider building of a sovereign, united and democratic Europe—confirming the French ‘no’ to opening negotiation talks with North Macedonia and Albania and unilaterally reconceptualising the EU-enlargement instrument.

In line with what Macron has presented as the French security strategy for the western Balkans and the state’s conventional conceptualisation of Europe in concentric circles, the peripheral EU circle appears to be seen as the only option for the western-Balkan states, if enlargement is to be renewed at all. It is not clear in which circle this however leaves the ordinary citizen of the region, who would seek accountability for such a decision.

One of the key indicators of democratic backsliding in the western-Balkan countries, as reported in the Bertelsmann Stiftung’s Transformation Index, is instability and lack of effectiveness of democratic institutions, especially national parliaments. With weak checks and balances, political-party elites are the dominant actors and the driving force behind the politicisation of the rules of the games. Lack of exercise of democratic accountability and detachment from ordinary citizens are key characteristics of the pre-eminence of executives over legislatures.

Under such circumstances, the EU as external actor is expected to behave as moral guardian of the legitimate exercise of power, based on democratic standards and principles. Any deficit in the exercise of democratic accountability at the EU level can have multiple effects on processes and justifications at the level of the nation-state.

By formally acknowledging that EU membership is the best option for breaking the chains of the past and exploiting the opportunity to join the club of modern and prosperous societies, governmental elites in the western Balkans continue to draw justification from their national parliaments—although these institutions have been largely marginalised in the process of democratisation and the elites lack the wherewithal for their systematic revitalisation. In this vicious circle, their detachment from the citizen is rising and society is further disengaged from the rule of law.

In this context, when Macron elects to bias the agreement to travel hopefully towards opening accession negotiations, reflected in the European Council conclusions on ‘Enlargement and Stabilisation and Association Process’ of June 2018, he undermines the democratic principle of accountability and the transparency of decision-making.

The justification he offered was the lack of an effective methodology for monitoring the countries’ progress and the ‘bizarre’ relationship between the EU and the applicant states. Under fair and transparent circumstances, a new methodology is indeed necessary, with standardised rules and procedures. But Macron communicated this idea at the last minute, having consulted neither the applicant states nor the European Commission, the key institution with a mandate to monitor their progress.

This lack of communication is not new. French diplomacy enjoys a solid reputation of indifference in the western Balkans and Macron told French ambassadors their involvement had been inadequate. Moreover, in his Sorbonne speech he said that when Greece, Spain and Portugal entered the then European Economic Community, ‘they were the symbol of freedom for those leaving dictatorship behind’.

These Mediterranean-type welfare states had faced their own unique paths in addressing corruption, from which no country is immune. The western Balkans, however, are characterised by the eastern-European welfare type, in contrast to the Scandinavian or—as with France—continental-European models. So these countries face different dynamics and variations in politico-institutional and socio-economic terms, allowing of institutional gaps where corrupting behaviours are born.

Addressing corruption, without addressing the specifics of political systems, welfare states, citizens’ rights, and values and attitudes, becomes an impossible task. Moreover, the economic circumstances of transition to a new liberal order remain a burden for western-Balkan societies and favour opportunities for the abrogation of norms. Contradictions between eastern and western social values frustrate realisation of the principle of solidarity and engender tensions and misunderstanding of the necessity for further enlargement.

The French ‘no’ can only further corrode citizens’ trust in the system of values and undermine efforts to surmount these contradictions and revitalise domestic efforts towards progress and stability. Such exercise of power over fragile and socially subordinated societies conveys lack of solidarity with the many who still can only afford the bread but not the butter.

In these pivotal times, shaped by globalising changes, three key factors will most likely define the status of the EU and its relationship with the western Balkans: the respect of human rights and dignity, the exercise of democratic principles and norms as moral standards and the manifestation of social solidarity. Politicians who have the ambition to see themselves as leaders of a renewed Europe will have to present a strategy for cementing the nexus between east and west while addressing the north-south axis and demonstrating a modern vision of Liberté, égalité, fraternité.

The western-Balkan countries stand as a bridge between these two European axes and only their full incorporation into the EU ambit can standardise the rules of the game. Meantime, however—since their European path remains obscure—investing in revivifying their democratic institutions, especially national parliaments, is the best strategy the western-Balkan states can adopt. 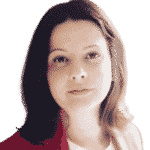