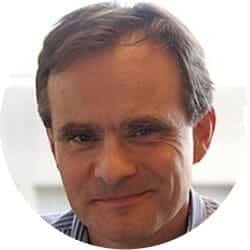 US President Donald Trump has an obvious problem with data that he doesn’t like, as he showed on his first full day in office, by attacking the media for reporting accurately the size of the crowd that attended his inauguration. It should be no less obvious that this same reliance on “alternative facts” poses a severe threat in the realm of economic policymaking.

The number of people who attended the inauguration – far less than Trump wanted to believe – could easily be inferred from the available evidence (including photographs of the National Mall and the number of subway riders). But the discussion has now broadened to the more serious question of whether millions of people voted illegally, as Trump has insisted since the election. He has implicitly conceded that he lost the popular vote by nearly three million votes, but maintained, despite all evidence to the contrary, that massive voter fraud occurred.

Trump is calling for a full investigation, and Democrats should welcome any opportunity to have experts weigh the evidence carefully. But the real danger must be fully appreciated: Trump is not alone in his self-serving disregard for reality. Other prominent Republicans, including in the House of Representatives, have been living in their own world for some time.

The most obvious example is climate change. An overwhelming majority of scientists agree that the climate is changing – and that human activity, including carbon dioxide emissions, plays a role. In any scientific or other investigation, there is always some margin of error or room for reasonable disagreement. But the Republican strategy has long been to claim that the climate is not changing or that any change has nothing to do with people and their cars, factories, and power plants.

Those who believe this now have power in the United States. Exactly what they will do with (or to) the federal Environmental Protection Agency remains to be seen, but the initial signs are that scientific researchers will be muzzled or their activities shut down. Similarly, NASA’s important earth-science initiatives may be shunted off to other government agencies – where they can be defunded and left to die.

This is the strategy that begins to emerge as a form of government: deny there is a problem (despite the facts), cut funding for politically inexpedient research, and claim that all outcomes are rosy.

The first application of this approach to economic policy came quickly, when Trump’s press secretary, Sean Spicer, refused to say what the unemployment rate is – dodging a question that would have required him to state the actual number. The official unemployment rate, as measured by the Bureau of Labor Statistics (BLS), currently stands at 4.7%. But Trump has repeatedly claimed that true unemployment is 42% – a number based on the assumption that everyone who does not have a job, including retired people and students, would like to work.

One can now expect the BLS to face some funding problems along with various kinds of political pressure. Under former President George W. Bush, for example, access to documents in EPA libraries was – at least at one point – restricted. And the Congressional Budget Office has already been instructed by congressional Republicans to change how it calculates the effects of tax cuts, in order to make them appear more beneficial for the economy than government spending programs.

These issues will come to a head when Trump begins to appoint people to the Board of Governors of the Federal Reserve System. There are currently two vacancies on the seven-member board – and more positions may open up soon (the terms of both the chair and vice chair expire early next year).

It seems entirely plausible that Trump will prefer people who think the “true” unemployment rate is 42% to those who share the view that it is 4.7%. This and other strange beliefs could have a major effect on monetary policy – for example, by tending to strengthen the hand of those who want to keep interest rates lower for longer.

The US has had a slow and difficult recovery from the financial crisis of 2008; everyone can agree on that. But do we want a Fed that looks at the facts in deciding when and how much to raise interest rates? Or do we want officials whose “facts” are completely at odds with the actual state of the economy? If the US gets the latter, the result will be high inflation – not a good outcome for most Americans. The last time that happened, in the 1970s, lower-income people bore the brunt of the pain.

If Trump insists on dispensing with fact-based decision-making, a similar outcome can be expected. And many of those who voted for him can expect the worst of it.

Simon Johnson, a former chief economist of the IMF, is a professor at MIT Sloan, a senior fellow at the Peterson Institute for International Economics, and co-founder of a leading economics blog, The Baseline Scenario.