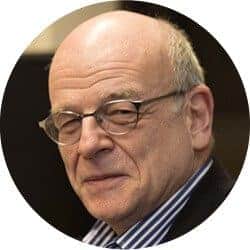 Brexit is about taking away citizenship rights from millions of people: British people, Irish people, Polish people, indeed from anyone currently a citizen of an EU member state.

Brexit is not just about economics and trade, it is fundamentally about politics, indeed about the most fundamental political issue of all. Political boundaries and rules define who can live where and thus who can fully participate in society. By definition, the citizens of a nation-state have the right to live within their national territory. Every now and then, however, nation states decide that certain groups are not ‘really’ national and so are expelled. To take away somebody’s citizenship is thus to remove them from the polity – and from politics.

The free movement of labour is often described as the ‘fourth freedom’ of the Single Market, along with (and subsequent to) the free movement of goods, services and finance. But labour is people. The right to work on the same terms as a national necessarily means access to civil rights and employment rights. Our study of Polish migration to Dublin in the boom documented how newly arrived Poles were fully aware that they had the right to be in Ireland. Crucially this means that EU citizens are not bonded to a specific employer: Polish workers in Ireland, like British workers in Germany, are free to leave their jobs if they wish without being sent ‘home’. By contrast, in almost every country in the world some immigrants’ right to remain is tied to a specific employment. At the most extreme, as for Pakistani building workers in the Gulf, this essentially amounts to bonded labour. Notice, however, that the same applies to expatriate professionals in the Gulf – and can even apply to Irish engineers in Australia.

Although decisions of the European Court of Justice (ECJ) have extended the scope of free movement from workers to persons, European citizenship is not a complete generalisation of national citizenship. Especially for pensioners, the right to reside in another country remains somewhat conditional – to varying degrees in different countries – on being able to support oneself. Furthermore, European citizens’ political rights are usually limited to voting in local elections and in elections to the European Parliament. Nonetheless, the basic fact remains: the free movement of labour has become the right to work and live in another member state. Since these rights can be enforced by the ECJ, they are not just dependent on the (possibly) temporary goodwill of a particular member state.

All of this highlights one bizarre feature of contemporary British discussion. In Britain it seems that supporting EU citizenship is conflated with support for unrestricted (or at least weakly controlled) immigration in general. Even more so than in other European countries, discussion of ‘immigration’ often takes little account of whether or not migrants are EU citizens. Revealingly there is no British equivalent of the Italian term extracommunitari (people from outside the [European] community). For Brexiteers and Remainers alike, it seems there is only one category of foreigners!

Theresa May has refused to guarantee the rights of EU citizens currently in the UK, on at least one occasion saying that this depends on how other member states treat their UK immigrants. After World War I new national ethnic states were created in Europe (Poland, Ireland etc.) which usually contained minorities of the ‘wrong’ ethnicity. These minorities became bargaining chips between countries – you be nice to ours and we’ll be nice to yours, give you better trade terms or whatever. Worse was to come. During the 1930s the Nazis declared that Jewish German citizens were no longer citizens: they could therefore be expelled and eventually murdered. After the Holocaust and the Nazi mass murders of whole population groups it was the turn of the Germans of the new Soviet empire: between 12 and 14 million Germans were driven West from East Prussia, Sudetenland etc. having lost their citizenship rights.

OK, that all sounds a bit extreme. Unfortunately, states continue to decide that certain population groups are no longer citizens. In 1972 Idi Amin decided that Ugandan Asians were not really Ugandans and expelled them; during the later years of the German ‘Democratic’ Republic the DDR government under Erich Honecker got tired of locking up its disobedient citizens. Instead dissidents like Wolf Biermann were ‘ausgebürgert’ – expelled from their country because their citizenship was removed.

By 2019 UK citizens entering Germany – or for that matter Ireland – will no longer enter through the EU citizens’ channel at the airport. This will not just be an inconvenience, it indicates that they have lost the right to move within the EU. Brexit means that UK citizens will no longer be European citizens, so all UK citizens, even if they’ve never left the country, have lost their rights. For those UK citizens living elsewhere in the EU, Brexit means that they no longer have the right to live where they do (actually I should say ‘we’ since as a UK citizen living in Ireland this affects me personally).

The fourth freedom changes the Single Market from a trading area into a polity in which citizens have rights. In 2017 many Europeans are going to lose those rights. Like Amin and Honecker before her, May is saying to a category of a people: “No, you may live here but you have no right to be here, we might expel you, you might be ausgebürgert…”

James Wickham was director of TASC (Think-tank for Action on Social Change) in Dublin. He is a fellow emeritus of Trinity College Dublin. His latest book is European Societies: Inequality, Diversity, Divergence (Routledge).