As the platforms lose case after case over the designation of ‘contractors’ as workers, they are lobbying at European level to win back control.

‘Gig’ drivers in the Netherlands celebrated another win last week, as the Amsterdam District Court ruled that Uber drivers are employees, not freelances (zz’per). In the most recent of a spate of employment reclassification rulings across Europe, the court also held that the sectoral collective labour agreement (CAO Taxivervoer) would apply to Uber drivers, including pay requirements and some benefits. Additionally, Uber may have to comply with the CAO and pay back wages to drivers in some cases.

The case was filed last year by FNV (Federatie Nederlands Vakbeweging), a federation and one of the most active trade unions in the Netherlands representing platform workers. It follows an earlier win in the lower courts in its case against Deliveroo, where the court similarly ruled that the delivery riders were employees. In line with the trend for the major gig companies in Europe, however, Uber and Deliveroo are appealing the judgments.

The district court used three attributes to assess whether there was an employment contract between Uber and its drivers: the performance of work, wages and authority. Key was the use of algorithmic management, a consideration echoing the judgment by the UK Supreme Court in February and Spain’s new ‘riders’ law’. The court affirmed that, in our technology-driven age, the use of algorithms to mediate between drivers and Uber constituted a ‘modern relationship of authority’ as an employer.

Uber’s algorithm determines how rides are allocated, including the price, with drivers having no influence. The company ranks its drivers, with achievement of ‘gold’, ‘platinum’ or ‘diamond’ status depending on a combination of a driver’s points (obtained through rides), an average passenger rating of at least 4.85 (five being the maximum) and a cancellation rate of below 4 per cent. Such a status provides the driver benefits in terms of ride allocation. In the Netherlands fewer than 300 drivers, out of approximately 4,000, have however been ascribed one.

Such an assessment and ratings system, according to the court, has a disciplining effect which can affect not only how rides are distributed but also access to the application. As such, Uber fundamentally determines the (un)availablilty of work for a driver and when s/he is deactivated or reactivated.

The court held therefore that the algorithm contained ‘a financial incentive and a disciplining and instructive effect’. Uber unilaterally determined many aspects of a driver’s working conditions, from how rides were allocated and their prices to customer complaints, ratings, assessment and access to the app. Its ability to ‘turn the knobs of the app’ to change these settings frequently and arbitrarily, according to its own priorities with zero room for negotiation by drivers, contradicted the entrepreneurial narrative about drivers often articulated by Uber. It was, thus, indeed an employer.

While this is certainly a win for FNV and Uber drivers, it remains unlikely the company will comply. Uber confirmed that it would appeal the decision and had ‘no plans to employ drivers in the Netherlands’. Dragging out the process and engaging in damage limitation is hardly a novel tactic by Uber or other gig companies. In the UK, drivers are back in the Employment Tribunal after the Supreme Court ruling, due to Uber’s lack of compliance on the minimum wage.

While Spain’s ‘riders’ law’ came into force in August, gig companies have been blatantly shifting tactics to avoid complying with it. Deliveroo will exit its operations in Spain; Glovo will hire only 20 per cent of its workforce, leaving the rest in a potential bidding war for jobs; Uber Eats will follow the exploitative outsourcing and subcontracting model.

Without rigorous and strong public enforcement, these companies will continue to disregard court judgments across Europe, leaving precarious workers time and again lacking resources to fend for themselves. Moreover, in the face of the important wins across various member states, gig companies are shifting focus to the European level.

Central to their business models are the practices of regulatory arbitrage—such as self-definition as a technology company to avoid taxi regulations and (mis)classifying workers as independent contractors to avoid employment law—and ‘regulatory entrepreneurship’. The latter relies on actively changing the law, rather than simply operating in legal grey zones. A critical part of the gig-company model is thus political activity, as evidenced by Uber’s campaign in support of ‘proposition 22’ in last November’s referendum in California, endorsing the gig companies’ refusal to classify their workers as employees.

In Europe, this is happening again, recalling strategies adopted by the companies before the ruling in 2017 by the Court of Justice of the European Union, on whether Uber was an ‘information society service provider’ or—as the court ruled—a ‘transport company’. With a potential EU directive on platform work on the horizon, gig-economy companies such as Uber, Deliveroo and Glovo have ramped up their lobbying to influence policy-makers in Brussels. Evidently concerned that the unfolding court judgments on the classification of their workforces threaten their exploitative business models, these companies are actively pursuing a favourable directive which could override such adverse decisions.

The consultation by the European Commission on the directive has so far not included trade unions or other platform work representatives, which means that the possible direction of the proposal has mainly been set without workers at the table and against the backdrop of increasing Big Tech power and influence. Currently in its second phase (focused on content), the inclusion of workers’ perspectives is crucial, particularly on a legislative proposal that will directly affect their livelihoods.

Yet workers are not homogenous and the inclusion of some could run the risk of negatively affecting the most precarious and marginalised workers—often migrants and/or women—who are the backbone of the gig economy. Uber’s motive in recognising its first ever, and so far only, union (the GMB) in the UK remains questionable, and it should make policy-makers wary of the potential co-option of unions or other worker representatives by gig companies.

Last week, members of the European Parliament sent a strong signal, backing legal rights for adequate protection of platform workers. The resolution was adopted with 524 votes in favour and only 39 against. New research has also refuted the common claim by gig companies that employment status and flexibility are incompatible.

Watching gig companies’ tactics in response to classification of their workers as employees on a national level, we need to ensure subcontracting does not become the new normal. Proposals for change should moreover address not only new but also existing issues with low-wage labour markets. Ultimately workers, regardless of status, should be entitled to rights, social protections and a living wage that will not result in precarity. 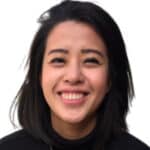 Jill Toh is a PhD candidate at the University of Amsterdam (Institute for Information Law). Her research focuses on platform-worker relations, data governance and algorithmic management in the gig economy through a law and political-economy lens.