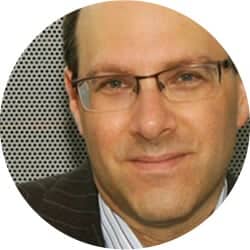 As the UN Refugee Summit draws near, within Europe the notion of international protection is being honoured in the breach. New reports of refused asylum seekers being sent from Greece to Turkey, in the absence of legal assistance or oversight, came after Human Rights Watch published a report last week in which it condemned the state of refugee centres and in particular the appalling conditions facing children. Greece’s General Secretary responsible for refugee reception has since resigned. For those of us working on refugee issues in Greece and who have visited centres across the country, these events should come as no surprise.

Greece has been struggling to accommodate new arrivals even though, by African and Asian standards, the number of registered refugees and migrants in need of protection is astoundingly low at just 60,000. The quality of refugee reception varies widely from one centre to another, both in terms of material provision, and in the nature of assistance available. In spite of attempts to manage the situation by dedicated staff, in practice coordination is lax and NGOs often reach informal arrangements regarding the services they are prepared to offer, whether it is inoculations, the delivery of clothing or activities to entertain and amuse children. Not surprisingly there are many gaps. Outside the formal centres, displaced people live in tents under bridges and sleep on benches in public parks and squares – the signs of destitution are all too visible.

Italy is now receiving considerably more migrants than Greece as a result of the EU-Turkey agreement which has restricted the Aegean route. Between 29 August and 04 September, 16,673 refugees and migrants arrived to Italy – a marked increase from the 1,955 arrivals during the previous week. Yet the Central Mediterranean crossing is both longer and significantly more dangerous, placing greater strain on the Italian-Maltese rescue mission and the independent efforts of MOAS and MSF. As a result, we have seen a sharp increase in fatalities – up by 456 this year and bringing the total of deaths in 2016 to 3,207 .

Europe’s collective failure in managing the arrival of refugees and migrants in such numbers is no secret. Just last week, the Prime Minister of Malta, Joseph Muscat, said that the current way of tackling migration is simply not working. He was referring to the Dublin system which if reintroduced would see the burden of reception shift back on to states at the EU’s external border. Yet, attempts to redistribute refugees remain out of reach. In Italy and Greece, the slow pace of relocation to other EU states has left both countries with the added strain while other EU states shirk their commitments. Out of an overall target of 160,000 proposed relocations, only 1064 refugees have been moved on from Italy and 3677 from Greece.

For months refugee advocates including the United Nations Special Representative of the Secretary-General for International Migration, Peter Sutherland, and the UN Special Rapporteur on the Human Rights of Migrants, Professor François Crépeau, have called for a global system of redistribution. In April, the UN Secretary General issued a report setting out the case for a Global Compact on Responsibility Sharing. In spite of this high level advocacy, the draft text of the UN Refugee Summit has been diluted and the prospect of such responsibility sharing appears all too distant. Indeed, the suggestion of launching a Global Compact has been deferred until 2018.

Most telling is the language used in recent intergovernmental statements. In spite of pleas for solidarity which underscored EU Commission President Junker’s State of the Union address, and the latest press releases from the UNHCR which is especially optimistic about the UN Summit, member states remain reluctant to voice their support for refugee and migrant protection. At the meeting of Mediterranean members of the EU last week, there was no recognition of asylum as a central principle of European cooperation. Indeed, the final text coming out of the Athens meeting failed to make any explicit mention of ‘asylum-seekers’ or those in need of humanitarian protection. It spoke of ‘systems’ and prioritised the need for shared border management efforts.

This week the French President François Hollande said that Europe needed to firm up its language on migration in order to appeal to those who might be drawn to populist and far right audiences. The evidence base for such thinking, however, remains sketchy. While there is much anti-immigrant sentiment across the EU, this does not necessarily translate to the reception of refugees. Indeed, opinion poll data published over the past nine months by the European Social Survey, Amnesty and the Pew Charitable Trust record noticeably higher levels of sympathy towards refugees than expressed by governmental policy makers.

The gaping hole in Hollande’s argument is that populist voices can be appeased. As Brexit has shown, it is not the material reality of immigration that matters but how it is perceived by the public, especially those living in areas where access to services and jobs is limited. Recognising this challenge, on Wednesday, Juncker in his state of the Union address called attention to the European Fund for Strategic Investment for Jobs and Growth which promises €315 billion. This pledge was balanced by further rhetoric on border management and the proposal for a European Union army. Yet,

the failure to relocate even small numbers of refugees only reaffirms populist claims that states cannot manage the additional numbers and that the EU members are not capable of working together – let alone creating a common army.

If European minded politicians want to deal a blow to the politics of alienation and cynicism that has so gripped the far right, then delivering on promises made must surely be a better way forward. Rather than appease nationalist and chauvinistic forces, if member states actually carried through with their promises by resettling refugees and demonstrating that openness is possible, not simply the lexicon of Eurocrats, then they might have less to fear from their opponents.

Brad K. Blitz is Professor of International Politics at Middlesex University and Senior Fellow of the Global Migration Centre, Graduate Institute, Geneva. He is the author of Migration and Freedom: Mobility, Citizenship and Exclusion (Edward Elgar Publishing, 2014) and Principal Investigator of the ESRC-DFID funded project EVI-MED Constructing an Evidence Base of Contemporary Mediterranean Migrations.