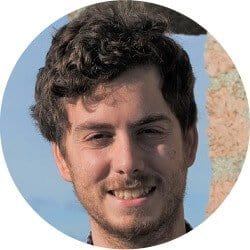 Historians are often tempted to think that events of the past return to the present under new clothes in a cyclical way. The Greek historian Thucydides was probably the first to propose this cyclical conception of history. In his narrative of the Peloponnesian War, he looked for those causes that drove people to wars repeatedly through centuries, in order to tackle them and break such cycles. The history of economic thought is not immune to this temptation, especially when it deals with austerity.

In 1989 Peter Hall edited a book to identify the causes that hindered adoption of Keynes’s ideas in the aftermath of the Great Depression in 1929. Depending on the context, ideas, interests or institutions blocked the practical application of Keynes’s theory: to increase public expenditure during a slump. With different timings, however, these obstacles became weaker and Keynesian policies became popular tools to cope with crises in all advanced economies. At least until the recent financial crash, when Thucydides’s vision of history bit back. The Great Recession has brought back not only austerity, but also a renewed opposition to Keynesian ideas, considered outdated. The similarities between the debates of the two crises seem to suggest that Thucydides’s view of history may apply to austerity as well. But was it really the case? Were the economic ideas proposed the same? Or, paraphrasing Reinhart and Rogoff, was this time different?

In our book Austerity vs Stimulus. The Political Future of Economic Recovery (2017, Palgrave Macmillan), Robert Skidelsky and I show how the arguments provided against Keynes in the 1930s were not that different from the ones British and European policy-makers presented in 2010 in support of austerity policies. One element in particular recurred in the narratives of both periods: confidence. Despite being largely overlooked by pre-crisis economists, confidence is both the perpetrator and the victim of austerity’s detective story, as it represents both the reason why fiscal contraction was implemented and why it should not have been.

Keynes vs. the Treasury

Confidence played a crucial role in Keynes’s argument for stimulus. According to Keynes’s paradox of thrift, if confidence is low, as during a crisis, and everyone hence wants to save more, firms will sell less, causing a drop in output. The government should then intervene by borrowing those monies that are piled up in savings and putting them back into circulation with public investment. During the 1929 crisis, this reasoning was opposed by the British Treasury. Its view, backed by a group of LSE economists including Hayek (see here), argued that government spending would crowd out private spending, as the public would engross resources otherwise employed by private firms. Austerity, on the other hand, was supposed to have expansionary effects: if the government reduced its expenditure, firms would invest, bringing back growth.

Although Keynes finally won the battle of ideas against the Treasury in the 1930s, a similar theoretical argument in support of fiscal austerity was proposed in the aftermath of the 2008 crisis. Building on the debate of the 1930s, new austerity supporters incorporated confidence in the rational-expectations framework, proposing a new crowding-out argument against fiscal stimulus. This time the logic was no longer based on a physical crowing out (based on the physical subtraction of resources by the government), but on a psychological crowding out effect. Two schools of thought emerged around this argument.

Rise and Fall of Expansionary Austerity

The Ricardian school argued that stimulus would fail to revive private spending since forward-looking taxpayers know that a deficit today will turn into higher taxes in the future, and tend therefore to increase their savings in order to pay ‘deferred taxes’. With austerity, instead, they would not fear future taxation and keep consumption and investment high. The New Classical school countered that any increase in the budget deficit would raise interest rates, discouraging private sector investment. Credible austerity policies would hence increase confidence and boost investment and growth. The crowding out argument of the Treasury still applied, but this time as a result of the psychological reaction of firms and consumers based on perfectly rational calculations.

In addition, the expansionary effect of austerity was now supported by new empirical evidence provided by Harvard economist Alberto Alesina and his co-authors (e.g. Alesina and Ardagna 2010). The contribution of these empirical works to the success of austerity should not be underestimated: their influence on British and European policymakers was such that the turn to austerity policy was dubbed as ‘Alesina’s hour’. It was indeed in confidence that George Osborne found the theoretical rationale for his budget-cuts program (Fig. 1). When he presented his Budget to the House of Commons in June 2010, he argued that a deficit would cause:

“higher interest rates, more business failures, sharper rises in unemployment, and potentially even a catastrophic loss of confidence and the end of the recovery. […] This Budget is needed to give confidence to our economy.”

Figure 1: Austerity in the UK 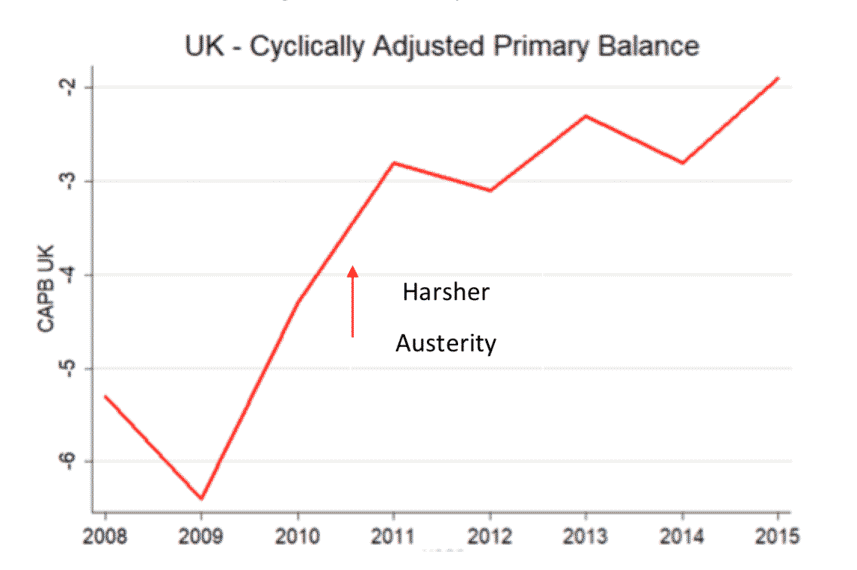 Both the theoretical arguments and the empirical evidence in support of expansionary austerity proved short-lived. In 2011 Paul De Grauwe debunked the myth that private sector fears are driven by public debt, by showing that the UK, which had a higher debt than Spain, was charged lower interest rates on its bonds when the crisis hit. Spain was in fact perceived as more fragile due to factors such as the fragility of the Eurozone and its limited influence on monetary policy. On the empirical side, a series of papers (Morris and Schuknecht 2007, Guajardo, Leigh and Pescatori 2011, Furceri et al. 2016) highlighted a number of methodological weaknesses in Alesina’s works. Among these, the paper by Jordà and Taylor (2013), which found that, had austerity never been applied in the UK, output would have been 3 percentage points higher (green line) than outturn (blue line) in 2013. 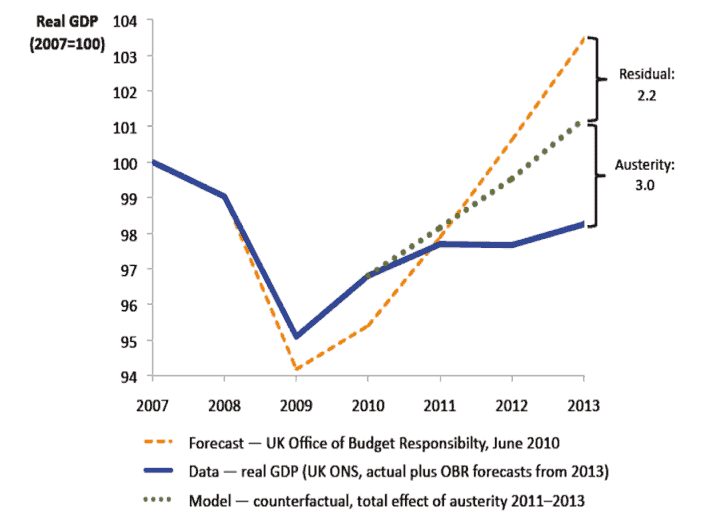 The debate over confidence suggests that the history of economic thought is no exception to Thucydides’s prophecy. New evidence against austerity brought us back to where we were in the 1930s: confidence is moving in the direction Keynesians suggested and policy-makers may turn back to Keynesian fiscal policy, as it belatedly happened in the 1930s (at the moment, though, this shift is very timid). As a result, today’s economists are exploring more deeply the mechanics of confidence. Two examples are the literature on news shocks (Bachmann and Sims 2012), and behavioural macroeconomic models (De Grauwe 2009). Should we then worry about a possible return of austerity in future? The answer depends on the destiny of confidence, a variable that economists can neither observe nor predict, but whose effects are extremely relevant for the economy.

Nicolò Fraccaroli is a PhD student in Economics at the University of Rome Tor Vergata and a graduate from the London School of Economics in Political Economy of Europe. He published with Robert Skidelsky the book Austerity vs Stimulus: The Political Future of Economic Recovery (Palgrave Macmillan, 2017).