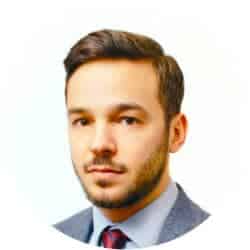 Discussions over the impact Brexit will have on Germany tend to revolve around economics – about the losses that German carmakers will face, or how Frankfurt may snatch financial services from London. But there is more to the story. Brexit will not only affect Germany economically. Over the mid- to long-term, the British withdrawal is set to affect Germany’s role in the EU more broadly, forcing Berlin to face up to crucial strategic questions.

Brexit shakes up the EU balance of power

Brexit is not just any country leaving the EU. The UK is the bloc’s second biggest economy, accounting for 16% of its GDP – as much as the 19 smallest EU economies put together. It accounts for up to a quarter of the EU’s defence capacities, and is one of the bloc’s two members with a permanent seat on the UN Security Council. It also is among the EU’s key foreign aid donors.

Over the past decades, the UK has continuously used its political and economic clout to shape the development of the EU. Taking such a vocal actor out of the EU inevitably shakes up the established balance of power within the bloc – in consequence forcing other member states to reconsider and adapt their own positions. This will be particularly challenging for Germany.

Brexit puts further pressure on Germany to do and invest more

While the EU is on the road to recovery, it isn’t out of the slump. Euroscepticism is still going strong, the Eurozone has recovered but remains vulnerable, Trump threatens a trade war and Russia is increasingly belligerent. The EU needs to show its resilience, and its ability to protect its member states and its citizens. With the UK gone, the responsibility for this will increasingly fall on Germany’s shoulders.

If the EU wants to realise its ambitions as a relevant defence and security actor, for example, this will only be possible if Berlin is willing to do significantly more. It would need to increase its defence spending and its willingness to deploy its forces in Europe’s neighbourhood. France can play an important role in this, but won’t be able to do it alone. Much here will also depend on the extent to which the UK remains integrated into European security efforts more broadly. Ensuring continued close and mutually beneficial cooperation between the UK and the EU27 post-Brexit would lower the pressure on Germany.

Germany so far has been unwilling to live up to its potential. Neither its politicians nor its population are too keen on taking a bigger leadership role on European security. But Brexit has upped the ante. If Germany is unwilling to give in to the pressure to become more active, it must accept that EU efforts will ultimately stall.

Germany will need to take a more inclusive approach to leadership

Fear of German dominance is nothing new in Europe – it has been the story of much of the 20th century. With Brexit however, wariness of an all too powerful Germany has once again gained new traction.

The UK has long acted as a counter-balance to German power within the EU. Particularly for those member states broadly sharing the British scepticism towards political integration – e.g. Denmark, Sweden or Poland – the UK offered protection against Franco-German integrationist drives. They knew that while Germany was powerful, the British generally could be relied upon to stand up to and constrain Berlin.

This guarantee was particularly important for non-Eurozone countries, who are outnumbered 9 to 19 in the EU. Their fears of being marginalised by a German-led Eurozone were assuaged by having the EU’s second biggest economy (UK) and its undisputed financial centre (London) within their ranks. With Brexit, these member states feel ever more exposed to German dominance. As a result, they will need to be more wary themselves towards Berlin’s agenda.

To avoid creating too much discontent among its neighbours, Germany will thus have to tread more carefully post-Brexit. It will have to avoid the perception that it is pushing other member states around, and instead try to lead through broad alliances where possible.

Germany loses an ally for an economically liberal Europe

Germany and the UK did not always see eye-to-eye on questions of European integration. Between 2009 and 2015, they were the two countries least likely to vote together in the European Council. Nevertheless, on some issues they agreed more than on others. Over the past decades, both were key drivers in shaping the EU as an economically liberal union: internally, by expanding and deepening the Single Market and placing strict rules on state interventions; externally, by ensuring the EU was open to global trade and investment.

This Anglo-German cooperation was particularly important to Berlin since it offered a useful counterweight to balance out the bloc’s more protectionist faction led by France. As the UK is leaving the EU, Germany will lack this crucial ally. This will be felt most directly in the European Council, where an economically liberal bloc formed around the UK and Germany – also including Ireland, the Netherlands, Denmark, Sweden and Finland – currently commands 36.8% of the voting share, handing it a blocking minority (at least 35%). After Brexit, the group’s share will drop to just 27.8%. Also in the European Parliament, the absence of British MEPs is expected to result in less market-friendly policy outcomes.

While Germany was never as market-liberal as the UK, Brexit will hurt. If France plays its hand well, we are likely to see a gradual shift of EU economic policy over the next years: away from where Berlin wants it to be, and closer towards Paris’ vision.

The consequences outlined above will not set in directly and at full force on the day the UK leaves the EU in March 2019. While we see some early impact already, most of it will become visible in the mid- to long-term. Brexit will force Germany to rethink its role in the EU – how much does it want to lead, and how can it compensate for the loss of a crucial free-market ally? The answers it comes up with will be crucial for the future of the EU as a whole.

Leopold Traugott is a policy analyst at the think tank Open Europe.