John Fitzgibbon is adjunct faculty in Political Science in the Woods College of Advancing Studies at Boston College and was previously an Associate Professor of European Politics at Canterbury Christ Church University. 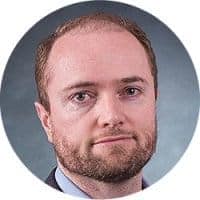 According to many commentators, we are now in a crisis of democracy – or rather, ‘liberal democracy’ as Cas Mudde persuasively argues. The time has long since passed where the increasing vote share of populist parties could be regarded as a ‘canary in the coalmine’ for democracies. They are now running governments around the world. Given that populists are […]