The reception in the United States, and in other advanced economies, of Thomas Pikettyâ€™s recent bookÂ Capital in the Twenty-First CenturyÂ attests to growing concern about rising inequality. His book lends further weight to the already overwhelming body of evidence concerning the soaring share of income and wealth at the very top. Pikettyâ€™s book, moreover, provides a […] 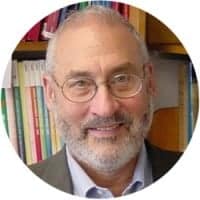 Citizens in the worldâ€™s richest countries have come to think of their economies as being based on innovation. But innovation has been part of the developed worldâ€™s economy for more than two centuries. Indeed, for thousands of years, until the Industrial Revolution, incomes stagnated. ThenÂ per capitaÂ income soared, increasing year after year, interrupted only by the […]

Soon after the global financial crisis erupted in 2008, I warned that unless the right policies were adopted, Japanese-style malaise â€“ slow growth and near-stagnant incomes for years to come â€“ could set in. While leaders on both sides of the Atlantic claimed that they had learned the lessons of Japan, they promptly proceeded to […]