About Judith Kirton-Darling and Isabelle Barthès

Judith Kirton-Darling and Isabelle Barthès are deputy general secretaries of industriAll European Trade Union. Kirton-Darling was a British member of the European Parliament (May 2014 - January 2020) and confederal secretary of the European Trade Union Confederation. She also built European trade union experience in the European Mine, Chemical and Energy Workers' Federation and the European Metalworkers' Federation, where she worked as policy adviser. Barthès joined the EMF in 1996. As EMF and later industriAll Europe senior policy adviser, her responsibilities included company policy, collective bargaining and social policy. 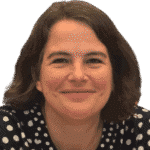 There’s time to avoid the carnage of employer-led restructuring following the pandemic—but only if workers and unions set the agenda.