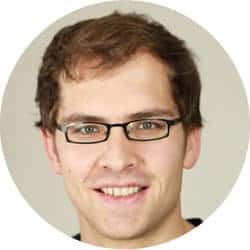 The time of large SUVs is over: this is what experts in the automobile industry said in 2008, when the oil price was at its peak. Times can change very fast. The oil price fell sharply in 2014 and not much has changed since then. SUV sales in the US reached a new record in 2015. This is not good news for the world climate and it is worth having a closer look at the crude oil market.

Crude oil has a specific economic feature. It is a physical good that is produced, traded and consumed. But it is also the basis of a financial asset and traded in the form of futures contracts. Hence the same item is traded in two different but still closely connected markets: the oil spot and futures markets. Even though the efficient market hypothesis tells us that financial markets are a mere reflection of economic fundamentals, we know that due to uncertainty, financial asset prices have their own dynamics. Speculation is effective and price bubbles can emerge.

In recent years, we have featured ultra-expansive monetary policy in industrial countries. As money is provided at the cheapest conditions and since financial investors want to escape the low interest rate environment, demand for financial assets increases. Likewise, speculative investment in oil futures grows, which results in a higher oil price. Due to the double character of oil as a physical good and a financial asset, this transmits directly to the oil spot market. Oil producers enjoy higher profits and as a reaction, investment in production capacity shoots up. Sooner or later, overcapacities pull the oil price down. We end up at a new level, which is lower than the one prior to the price hike because capacities have increased meanwhile. Once heavy production equipment is installed in the oil market, it does not disappear so soon. This is what we have observed in recent years: the high oil price level, also driven up by speculation in the futures market, triggered giant investment (think about the fracking boom) that finally led to the collapse of the price in 2014.

Two main problems arise from the connections between monetary policy, financial markets and the oil market: the first is financial and economic instability caused by oil price volatility. The second is an environmental problem: a lower oil price inevitably means more oil consumption. This is a threat to the world climate.

Is there a joint answer to these problems? There is. While hitherto existing policy propositions like futures market regulation or a tax on fossil energy face some advantages and disadvantages, they are not able to deal with both the economic instability and the environmental problem at the same time. What is proposed here is a combination of monetary and fiscal policy. Let’s call it the oil price targeting system.

First, to achieve economic stability in the oil market, a stable oil price is needed. Second, to reduce oil consumption, the oil price should be increasing. So, let us imagine that the oil price moves on a stable and continuously rising path in order to fulfill both conditions. To implement this, the oil price has to be determined exogenously. Due to price exogeneity, speculative attacks cannot have any influence on the price and bubbles cannot emerge anymore. The oil price target can be realized by monetary policy by means of purchases and sales of oil futures. Since the central bank has unlimited power to exert demand in the market, it can basically move the oil price wherever it wants.

However, an increasing oil price has consequences in the spot market. Production becomes more and more profitable for producers and they increase investment and enlarge production capacities. To keep the oil price at its target, the central bank would have to purchase ever more futures contracts to match increased oil supply. To prevent imbalances and to keep the central bank’s futures holdings constant, oil production is charged with a tax. This increases production costs, lowers producers’ profits and hence prevents overinvestment. The appropriate mix of monetary and fiscal policy keeps the oil market balanced while both oil production and consumption decrease.

In a more detailed discussion, further aspects like practical implementation, central bank independence or potential goal conflicts between different monetary policy objectives could be discussed. Yet, this short introduction shows that the oil price targeting system is an effective and efficient way to restore stability in the oil market. Moreover, it establishes long-run transparency and convinces all market agents that investment in fossil energies is a losing deal. As the most important result, this policy proposition makes investment in renewable energy and energy efficiency soar and protects the climate.

What is new about this blueprint for a specific macroeconomic governance? First of all, it is the insight that monetary policy can do more than just guarantee overall price stability. The economic mainstream considers markets as self-regulating and the only task left to monetary policy is to prevent any distortions of market equilibria. However, we know well enough that uncertainty, production processes, growth dynamics and the elasticity of the monetary system involve inherent instability in the economy. These are good reasons for monetary and fiscal policy to intervene and to tackle the problems that markets are unable to solve. Given the way monetary policy is practiced and justified today, a paradigm change is required. We should think about new ways to employ these macroeconomic instruments to the benefit of society, be it related to environmental or social issues. There is certainly more potential for new approaches than the economic mainstream tells us.

Basil Oberholzer works as an environmental economist and is author of Monetary Policy and Crude Oil: Prices, Production and Consumption. He received his PhD at the University of Fribourg, Switzerland.