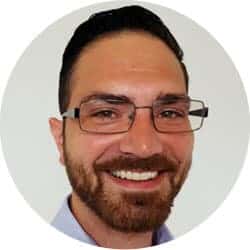 Driven by the politics of resolving the Euro crisis, ordoliberalism has sparked great academic interest in recent years. To many observers, this school of thought explains Germany‘s approach towards overcoming that crisis and ensuring the Eurozone’s future stability. Much has been written about its influence on the new Eurozone macroeconomic governance regime but few attempts have been made to answer the underlying question: what is ordoliberalism?

Its original concepts were developed at the Freiburg School by economist Walter Eucken and lawyer Franz Böhm, who first described its core tenets in the Ordo-Manifesto of 1936. In its origins, ordoliberalism was a comprehensive theory of social order, aiming at guaranteeing the simultaneous realization of personal liberty, a fair distribution of means and power, and the broadest possible satisfaction of societal needs. Like Hayekian neo-liberalism, it is centered on the belief that price mechanism, in an environment of perfect competition, is the best possible means for resource allocation. Such liberalism – and here the ‘ordos’ markedly diverge from Hayek – could only be maintained through public regulation of markets. The invisible hand of the markets must be governed by the visible hand of coercive law informed by economic theory.

But how should such market intervention be guided? The ‘ordos’ rejected the then prevalent approaches, arguing that both laissez-faire and planned economies featured economic concentration in the hands of the few –the capitalist conglomerate or the state – to the detriment of society at large. Either way, competition would be impeded. Instead, Eucken devised a system in which the state’s role was limited to the establishment and governance of a system of undistorted competition: the Competitive Order. Eucken declared economists and lawyers as the only ones knowledgeable and independent enough to conduct sensible economic policy and concluded that Ordnungspolitik must therefore be left to them, away from political pressures. Such macroeconomic governance by law is grounded in infallible “fundamental principles” acquiring constitutional status (hence, ordo). Eucken observed that they could manifest themselves differently given individual national historic contexts, reflecting societal norms that have acquired legitimacy over time. Linking the legal, social and economic orders is an essential feature of ordoliberalism – it is more than just an economic theory.

These considerations are often forgotten in the current debate about ordoliberalism. Besides the German reluctance to engage in expansionary monetary policy (consensually attributed to an ordoliberal precept of price stability), it is the codification of fiscal policy that has inspired the “ordoliberalization of Europe” hypothesis. The strengthened macroeconomic supervision introduced by the six-pack and two-pack legislative measures and the debt brake contained in the fiscal compact (TSCG) seem consistent with the “economics by law” approach associated with ordoliberalism.

Three observations further this belief: first, the aim of the new rules has publicly been the establishment of a level playing field and the strengthening of competition. Secondly, the means of devising fiscal rules shrinks politicians’ room to shape socio-economic outcomes. Lastly, leading German figures such as Bundesbank director Jens Weidmann and finance minister Wolfgang Schäuble often refer to Eucken to give German Krisenpolitik a frame of intellectual authority, and to justify austerity policies that elsewhere in Europe are considered unjust, undemocratic and/or lacking in solidarity.

The director of the Walter Eucken Institute and chairman of the German Council of Economic Experts, Lars Feld disagrees with the accusation that all German actions are ordoliberal. After all, he argues, Germany accepted the establishment of the European Stability Mechanism, compromising on the principle of liability. However, both sides agree that the further codification of the macroeconomic governance regime is compatible with the ordoliberal vision.

How would Walter Eucken view such a development? There are three striking observations:

Paradoxically, Eucken’s contemporary disciples are the strongest advocates for an economic governance framework that violates some of his core tenets. The current discussion of ordoliberalism is flawed and might lead the debate about the Eurozone’s future towards theoretical futility. Those invoking the ordoliberal legacy should be more cautious and precise whereas the critics should learn to distinguish between theoretical concepts and political practices.

Marcel Hadeed is co-director of Polis180’s EU program. He is a recent graduate with a Master of Public Policy from the Hertie School of Governance and has a background in international relations. Topics of particular interest are European governance structures and socio-economic arrangements.