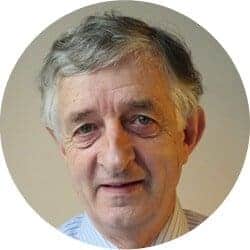 The great majority of the economic forecasts have concluded that Brexit will damage the UK economy. In the case of ‘no deal’ between the UK and the EU, the majority view is that the loss of GDP could be severe. The UK Treasury, the OECD and the London School of Economics’ Centre for Economic Policy (CEP) all agreed, in reports published during the referendum campaign, that with no deal the loss of GDP by 2030 would be in the range of 7-10%. A free-trade agreement (FTA) would be little better. Much of this was ignored by ‘Leave’ voters in the Referendum, who had long since lost all confidence in economic forecasts. That the short-term forecasts of these forecasting bodies were largely wrong strengthened this pessimism, but the long-term projections remain influential and form an important context for the Brexit negotiations now underway between the UK and EU.

These long-term forecasts, that leaving the EU with no deal on trade would be economically disastrous, undermine the UK’s optimal negotiating strategy. A ‘no deal’ bottom line is the most obvious negotiating position for the UK but this must be credible, and herein lies the problem. With the UK Treasury and most other economists predicting economic disaster, the UK negotiators are in a weak position. If the Treasury and others are accurate in their assessments then this weakness needs to be faced, but if not, this error needs to be corrected quickly.

The methods used by the Treasury and most other economists were similar. Most used so-called gravity models to estimate how much trade and foreign direct investment (FDI) between EU members was due to their membership of the EU Single Market. The assumption was then that much, or all, of this additional trade and FDI would be lost by the UK after leaving the EU. On top of this were knock-on impacts on productivity, with research cited to show that higher levels of trade and FDI led to higher productivity. Finally, the values obtained from these exercises were entered by the Treasury into a macro-economic model to generate estimates of the amount of GDP and employment likely to be lost by 2030.

The main comment on the Treasury report by professional economists in the UK suggested that its pessimism was underdone (see here). This CEP report viewed the Treasury’s analysis as ‘economically reasonable’ but over-cautious in its assumptions and its link between trade and productivity as too weak while suggesting that any fall in trade will have a large impact on productivity. The CEP also argues for adding the (negative) impact of potential future reductions in EU internal trade barriers, and for making allowance for a potential fall in EU immigration, since it views migration as productivity-enhancing. It agrees with the Treasury that few gains will be available from greater freedom to deregulate and thinks the UK will be at a disadvantage relative to the EU in striking future trade deals with non-EU countries.

Our own analyses (here, here and here) are much more critical of the Treasury and of similar work by the OECD and IMF. We have fully replicated the Treasury’s huge ‘gravity-model’ analysis of trade in goods to obtain an estimate of the advantage of being inside the EU Single Market. We find, as the Treasury did, that the average advantage to intra-EU trade of being inside the Single Market doubles goods trade between EU members. Neither the Treasury nor the OECD, however, focused specifically on the UK. This is vitally important since our estimate of the gain specifically to UK exports is only a quarter of the wider average for all EU members. In other words, the UK is not typical of other EU members in trade, and an EU-wide average for trade gains or losses should not be used. What is disturbing is that the Treasury knew of this disparity, from an earlier unpublished report of their own, but failed to mention this in their Brexit report. The Treasury estimate of the impact of EU membership is much smaller for services, and we accept their calculation. Our overall estimate for the impact on both goods and services is much lower than that of the Treasury and others. Since most of the rest of the Treasury’s analysis depends on this trade estimate, its calculated final impact of Brexit on the UK economy should be viewed as highly exaggerated. Since the CEP did not replicate the Treasury work, it too failed to identify its major flaw.

Why should the Treasury do this? We do not know, since they have refused multiple requests to discuss their work. The most obvious reason is that the then Chancellor of the Exchequer, George Osborne, was a strong proponent of remaining within the EU. If readers have not heard about what is surely a serious matter of civil service integrity, there is a reason for this. Although some pro-Brexit journalists have covered our work, the major economics media including the Financial Times, and the Economist have not done so. The FT refuses to publish any letters referring to this major flaw in the Treasury analysis. Instead of the 7% loss of per capita GDP in 2030, our modelling suggests a worst-case loss of under 2% in 2025. If we assume that losses of trade with the EU are slowly replaced elsewhere over 20 years, there may be no loss of per capita GDP by 2030. Uncertainty surrounds any forecast, but our work indicates that existing estimates cannot be simply accepted as accurate.

Graham Gudgin is Honorary Research Associate at the Centre For Business Research (CBR) in the Judge Business School at the University of Cambridge and Cheief Economic Advisor at Policy exchange in London. He is also visiting Professor at the University of Ulster and Chairman of the Advisory Board of the Ulster University Economic Policy Centre. He was director of the Northern Ireland Economic Research Centre from 1985 to 1998 when he became Special Adviser to the First Minister in the NI Assembly until 2002. Prior to this he was a member of the Cambridge Economic Policy Group (CEPG) under the late Wynne Godley. He is the author of a large number of books, reports and journal articles on regional economic growth in the UK and on the growth of small firms. Together with Ken Coutts at the CBR, and colleagues at the Ulster University, an econometric model of the UK economy has been constructed to undertake policy simulations for the UK economy, most recently assessing the impact of Brexit.