Graham Gudgin is Honorary Research Associate at the Centre For Business Research (CBR) in the Judge Business School at the University of Cambridge and Cheief Economic Advisor at Policy exchange in London. He is also visiting Professor at the University of Ulster and Chairman of the Advisory Board of the Ulster University Economic Policy Centre. He was director of the Northern Ireland Economic Research Centre from 1985 to 1998 when he became Special Adviser to the First Minister in the NI Assembly until 2002. Prior to this he was a member of the Cambridge Economic Policy Group (CEPG) under the late Wynne Godley. He is the author of a large number of books, reports and journal articles on regional economic growth in the UK and on the growth of small firms. Together with Ken Coutts at the CBR, and colleagues at the Ulster University, an econometric model of the UK economy has been constructed to undertake policy simulations for the UK economy, most recently assessing the impact of Brexit. 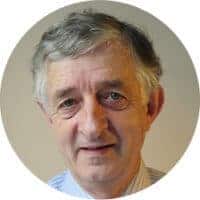 The great majority of the economic forecasts have concluded that Brexit will damage the UK economy. In the case of ‘no deal’ between the UK and the EU, the majority view is that the loss of GDP could be severe. The UK Treasury, the OECD and the London School of Economics’ Centre for Economic Policy […]