The Tory government, Paul Mason writes, is a victim of the skills shortages its ‘free markets’ have engendered.

On February 1st Britain will experience something close to a 21st-century general strike. Hundreds of thousands of teachers, university lecturers and civil servants will stop work, together with the railway workers whose industrial action has already paralysed the network for weeks. Five days later, nurses will begin a two-day shutdown, while the strike calendar for ambulance workers stretches well into March.

This is not a French-style, politicised mass movement. Union leaders are forbidden by law from co-ordinating action, while the Conservative government’s new anti-strike law will force public-service workers to guarantee minimum service levels. But to borrow from Galileo, eppur si muove (and yet it moves).

This sudden upsurge of union militancy is partly down to double-digit inflation. Real-terms pay for junior doctors, for example, is 26 per cent below its 2009 level. Nurses‘ real wages are 8 per cent below where they were in 2010. The Universities and Colleges Union calculates that lecturers‘ pay is down 20 per cent since 2009.

But that is combined with a strategic skills shortage: everything from the railways to accident-and-emergency units relies on voluntary overtime or agency staff. And staff shortages are acute not just because of ‘Brexit’—which has choked off the supply of skilled and unskilled workers from mainland Europe—but because public- and private-sector pay have rapidly diverged.

The pandemic gave the workforce in profitable business sectors the upper hand in setting hours and conditions, as well as pay. With margins historically high and order books full, firms are being forced to raise wages simply through competition for skilled workers.

So, behind the headlines, in hundreds of private-sector workplaces unions are winning pay rises close to 10 per cent, while consolidating bonus and discretionary payments into their basic wage. But in the public sector, where staffing and pay have suffered from almost a decade of austerity and real wage cuts, the Tory government has simply dug in and refused to negotiate.

The crisis is being framed as an industrial-relations problem. But it goes deeper. Almost every pledge from ministers since the 2019 Westminster election has been premised on a ready supply of labour which is just not there.

We’ll build one nuclear-power station a year, promised the former prime minister Boris Johnson. There are not enough qualified workers to finish the single nuclear-power station which has been under way for a decade. We’ll force every school student above the age of 16 to study mathematics, says the current incumbent, Rishi Sunak. There are not enough maths teachers to teach those who currently want to take the subject at that ‘A-level’ stage.

Whether running a pub or building a high-speed railway, middle managers know that skilled labour is their number-one constraint. So they hoard what they have, offsetting wage caps with flexibility on hours and conditions.

Meanwhile cognitive dissonance about work, and workers, lies at the heart of neoliberal policy-making. The government has no overall skills strategy. And nor can it: its attitude to economic management is simply to promote competition, cheapen the cost of capital and remove regulations.

Apart from defence, no sector of the British economy is subject to anything resembling an industrial strategy. The sectoral training boards funded by compulsory levies on firms, a feature of the Keynesian era, have been largely abolished.

So while, for business, skills strategy is always urgent and concrete, for successive Conservative governments it has been essentially abstract: fund so many graduates a year and you get—almost in a parody of Marxism—a ready supply of ‘abstract human labour’, ready to be employed by market participants as they see fit.

Even where there are obvious shortages—as in nursing and medicine—the Conservatives’ devotion to austerity forces them to take perverse decisions, such as abolishing an £8,000 annual bursary for nursing students (now reinstated) or arbitrarily capping the number of medical students in universities.

This abstract, hands-off, austerity-driven labour-market policy has finally blown up in the government’s face. Ministers are lucky that, after 30 years of atomisation and retreat, there is no ready-made network of grassroots union organisers as there was in the early 1970s, when the rank and file took control of union strategy, launching mass strikes which brought the government to its knees. Unions at the forefront of the action are finding themselves obliged to publish basic questions and answers about strikes on their web sites for members to whom this is totally new, and to run online ’strike schools’ for newly recruited organisers.

Sunak’s government is technocratic but weak. It has largely shunned an ideological battle with the unions, preferring to conciliate with words while refusing to give ground.

One of its most self-defeating arguments, when it comes to the battle for public opinion, is to point to the sheer size of the pay settlements being demanded. To pay the nurses in full, ministers calculate, would cost £7-9 billion—about the same as the government’s entire housing budget. But that’s what you get if you turn nursing into an all-graduate profession—which was the Conservatives’ idea—and maintain the National Health Service as a centralised employer.

With the number of nurses and midwives now running at 758,000 and rising, almost everybody in Britain knows one, and of course everybody has been treated by one. Picking a fight with such an iconic, well regarded and deeply embedded workforce has always been seen as stupidity in British governance—which is why there has not been a major nursing strike for two decades.

The paths to de-escalation will not be easy. Sunak’s ministers are hamstrung by the emergency austerity imposed by the new chancellor, Jeremy Hunt, after the bond-market crisis during the brief Liz Truss premiership. My guess is that, as inflation subsides and the worst-case predictions on recession fail to materialise, the spring budget will give ministers leeway to make improved offers.

If they do not then, at some stage, the strike newcomers will turn into strike veterans, just as they did in the upsurge of militancy between 1968 and 1974. There is no way out of a skills crisis this big other than through a strategy—which in turn demands institutional changes for which the Tories have neither the time nor the appetite.

As for Labour, all its plans for government—from green energy to housing to solving the NHS crisis—will demand a comprehensive skills plan, straddling sectors, regions and generations. It will need wartime willpower. Can Labour’s leadership find that? 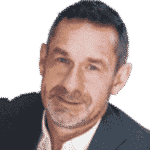