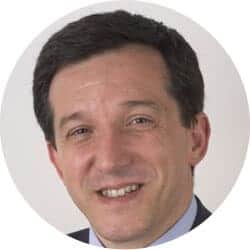 As global capitalism advances through the second decade of the 21st century, three observations stand out:

While the mainstream attempts to trivialize these as the new normal, the deflationary environment leads to the deceleration of the rates of profit along with commodity prices, and restrains the re-production opportunities of global capital. In the meantime, fragmentation of income strata and heightened social exclusion constitute the main source of irregular migration and increased social violence globally.

Concomitantly, with intensified pressures of unemployment looming everywhere, wage earners have witnessed a race to the bottom not only of their remuneration but also of their social rights and working conditions. Complemented by the neoliberal policies invoking flexibility and privatization, global wage-labor has suffered serious informalization and vulnerability, a resulting deterioration in income distribution, and increased poverty. Global unemployment hit, first and foremost, the young. The International Labor Organization (ILO), for instance, reported in its 2016 World Employment and Social Outlook that open unemployment among young people (ages 15-24) reached 71 million last year. Problems for the young are not limited to the threat of being unemployed. The ILO warns that poverty stands out as a further serious threat among even the young employed. It reports that currently 156m young workers live under conditions of absolute poverty. ILO’s researchers have defined absolute poverty as living off “$3.10 per day”, and disclose that this figure covers 37.7% of those young people in work; i.e., more than a third.

Ironically, employment creation dropped off the direct agenda of most central banks just as the problems of global unemployment and poverty were taking center stage as critical world issues. (See James Heintz, 2006 and also the papers in Epstein and Yeldan, 2009 for an evaluation of inflation targeting from a heterodox perspective). The priorities of the macroeconomics profession, likewise, were devoted to the straightjackets of fiscal austerity and inflation targeting. Fighting inflation and fiscal discipline have become the new fetishes of the globalized search for austerity, while priorities of global capital were diverted to the game tables of casino capitalism. Concepts such as “credibility”, “governance”, “transparency” entered into the jargon of economics, as the term “developing economies” was replaced by “new emerging market economies”, and concepts such as “industrial bourgeoisie” or “finance capital” were pushed aside to be replaced by the neutral concept, “players”.

Over this period, the roles of the falling profitability of industrial capital and a global tendency towards de-industrialization were rampant. Faced with the overall tendency for the rate of industrial profit to fall, centers of global capital found it more pertinent to divest away from industrial sectors into areas of speculative finance to compensate for the loss of profitability with speculative rentier returns. As documented in the recent UNCTAD’s 2016 Trade and Development Report, the rate of growth of fixed investment expenditures slowed down significantly in the developed world from an annualized rate of 3.4% in the 1970s to less than 1.0% over 2010-14. The overall trend of decline in fixed investments across many countries is observed to be one of the stylized facts of the first two decades of the 21st century.

This vividly highlighted the short-termist and highly volatile expansionary nature of hot finance. With the ascendancy of finance over industry, loanable funds were destined to the expansion of lucrative products of speculative finance; investment expenditures on fixed capital stagnated, forming the basis for faltering productivity gains and rising structural unemployment. OECD, for instance, reports that labor productivity in the industrial sectors, in particular, is outright negative in many countries over the Great Recession era, an observation that seems to be persisting into the pending third decade of the 21st century. Industrial labor productivity growth is reportedly nil in Latin America, while East Asia reports sustained, and yet significantly volatile, rates of labor productivity growth. These historical observations had been carried over into the next several decades in an OECD 2014 Policy Paper, where it is projected that the global economy will likely slow from its annual average of 3.6% over 2014-2030 to 2.7% over 2030-2060; and that the growth rate of today’s developed world will slow down to as little as 0.5% by 2060.

Increased poverty, worsened income distribution, and intensification of social exclusion and social violence have been the unavoidable outcomes, as de-industrialization has become a real threat for the future viability of the global economy. All these were documented in UNCTAD’s 2016 Trade and Development Report referred above.  In the words of Samir Amin’s (2003) Obsolescent Capitalism, global capital has been unable to govern the world without resort to violence and open warfare.

The recent advent of “Industry 4.0” can also be seen as an end result of the popular quest for handling these adverse developments. As a popularized futuristic concept for the 21st Century, “Industry 4.0” reveals a Messianic expectation of a technological revolution encompassing the utilization of advance techniques of digital design and robotics for the production of “high value-added goods”. It doesn’t matter in this conjuncture, nor of relevance, to ask what the characteristics of the first three episodes of industrialization were, and why do we conceptualize the emerged fourth industrial advance with a digitalized mark (4.0), rather than in plain English. It seems what matters now is the urgent need for creating an image of vibrant capitalism serving its citizens in the embrace of globalization.

Yet, even if we take the “industry 4.0” transformation as real, we cannot help the congregation of many heretical questions on our desk: given the transformation of the technological order based on robotics, to whom will the ownership rights of the robots belong? States as owners of public (-?) capital? Private ownership as organized along trans-national corporations under the post-imperialist phase of global capital? Men and women of the scientific community who in the first place designed and projected them? Or perhaps, a de-centralized, democratically operating societal network, above and beyond nation states?

Some of these questions were already raised and a set of answers in the social democratic tradition were pursued in the recent Marc Saxer Social Europe piece. In this instance, however, there remain further questions to be addressed, in particular within the centers of global capitalism: for example, should migrants (travelling, or forced to travel from one geography to another, for whatever reason) be granted any such rights of ownership? Or would they and their families be rather converted into the proletarianized reserve army of global unemployed, constantly threatened by robots in the search for jobs?

Socially relevant answers to these questions are vital, echoing for us the famous dictum of Marx: “capital is not a technological, but a social relation of production”.