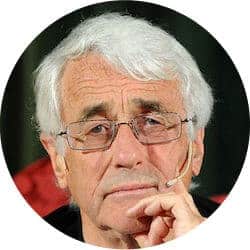 Answer: When the chicken has been accepted in an across-the-table negotiation, and the banana regulation has been agreed among a group of partners on the same side of the table.

If you grasped that riddle, you will be ready for this one:

When does submission to a rule constitute an offence against national sovereignty?

Answer: When one has shared in making the rule.

If you have understood both, then you know what British nationalists of right and left mean by sovereignty, and why that quality is seen to be so uniquely offended against by membership of the European Union. Chlorine-washed chicken is among a number of worrying chemical processes used in US agriculture, currently banned in the UK and the rest of the EU, that at least some parts of the British government are willing to accept as part of a trade deal with the US. Changing one’s food standards, not because one wants to do so, but in order to secure a trade deal with a far more powerful country, might be seen as a compromise of sovereignty. Not in the view of British ministers.

The very same ministers, however, see the agreements reached among EU member states as attacks on sovereignty. The banana regulation came to symbolise these attacks when Boris Johnson, now the UK’s foreign secretary but then a journalist based in Brussels, used it as one of many examples of EU idiocy. He repeated the banana story and several others during the referendum campaign. What the EU did was to issue standard definitions for different grades of banana, so that a customer anywhere in Europe would know what a Grade I or Grade II banana meant in terms of malformations, size, etc. It was just a matter of standardising information about quality. No bananas were banned, as Johnson and others who use his story allege; no customers are obliged to take notice of it; and the rule was not ‘imposed’ on the UK. Our country was one – and a very powerful one – among those who decided on the regulation. The banana regulation is, however, seen as an insult to sovereignty, while accepting chlorine-washed chicken – possibly without having to inform consumers that this process has been used – is not.

Why the difference in attitude to the two forms of acceptance of a food quality rule? This is not a case of a preference among British nationalists for dealing with countries in what they have started to call the ‘Anglosphere’ against foreigners who insist on speaking languages the British cannot understand – important though that is for comprehending much of what Brexit is about. The UK is clearly willing to make post-Brexit trade agreements with the EU; if such a deal were to involve continuing to use EU banana nomenclature, there would be no objection – provided the government could forget that the UK had shared in making the original regulation. The difference in the chicken and banana cases is the procedure through which the agreements are reached, and that is what takes us to the heart of British understandings of sovereignty.

In a trade deal between countries both sides want something from the other, and are willing to compromise to get it, sometimes having to offer something about which they are not too happy; the overall deal makes that worthwhile. But they remain separate countries, they sit on opposite sides of the table, and do not share much common information. When an organisation like the EU makes a regulation, there will also be different interests among countries and compromises that are not always happy. The difference is that what is being reached is not a deal between separate parties, but a jointly produced and agreed regulation, on the basis of shared technical and economic data, with everyone concerned having rights to oppose and object, but in the end accepting a group decision.

It is that quality of sharing and joint production that sticks in British throats. Reaching a deal across a table, fine; jointly making a rule with others is the offence against sovereignty – even if the outcome is the same as something achieved in a deal.

This is not just how the British political class sees relations with other countries; it is how we conduct our internal politics. Coalition governments that involve parties sharing offices with others are anathema. The ‘first past the post’ voting system is preferred because it delivers single-party majorities – though in reality it has not done so since 2005. It is considered disastrous if – as happens routinely in the USA and several other countries – the executive does not have complete control over parliament. And prime ministers are considered weak if they do not dominate their cabinets. The British accept democracy only if it resembles autocratic monarchy so far as it possibly can; and relations with other countries only if we keep ourselves to ourselves.

These deeply rooted characteristics used to be offset by something that people in other European countries used to admire: the so-called British genius for compromise. Yes, we wanted strong, unified government; but we wanted it to use its power with restraint and a listening ear. Margaret Thatcher changed all that in one of her less noticed transformations of British culture. Compromise is now something that only spineless foreigners have, rather than a quality they admire in us. It is the kind of quality that makes the EU so cumbersome, insisting on consulting widely and reaching agreements – a criticism that nevertheless runs in tandem with the belief that the EU is also a dictatorship that imposes stupid rules on poor little Britain, which never seems to be included in the consultations.

And thus the British government wanders, proud and aloof, into its unknown, unplanned future: despising compromises although it does not have the power to throw its weight around without them – either within the country or in relations with the rest of Europe; despising joint decision-making with its neighbours while desperate to make urgent trade agreements with a wide range of countries, each of which understands that desperation and that urgency and knows what that does to our bargaining power. Chlorinated or not, this chicken is certainly headless.