The outcome of the first negotiation package agreed between CDU/CSU and SPD needs to become more precise before being approved by their congresses. There is a long way to go for the creation of a new “grand coalition” and in the meantime, there are some issues that need to be addressed.

On one hand, regarding domestic affairs, it is important to point out that a core issue is that of boosting public investments and increasing income and social convergence, especially between western and eastern federal states. Although Germany has achieved extremely high trade surpluses, domestic demand is still weak and small and medium-size companies do not have a big share of production output. Compared to other big Eurozone economies, like France, Italy or Spain, the German economy does not provide incentives for the creation of new enterprises. 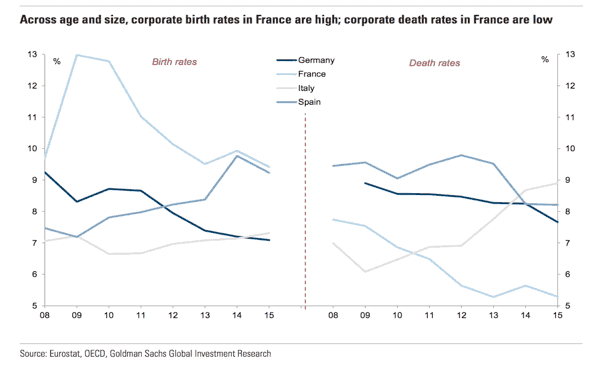 Furthermore, average wage growth is lagging behind the average rate of the OECD, whereas the consumption rate reflected in GDP is much lower than that of Great Britain or the United States, i.e. economies Germany is trying to compete with globally.

The ‘extrovert’ character of the German economy is decreasing imports, thus creating a big “money box” (trade/budget surplus) that is not used for increasing investments and domestic demand. The negative effects of this policy are also reflected in the Eurozone economy, meaning that, although the average unemployment rate is under control, labor costs are decreasing and new forms of part-time, uninsured jobs are steadily increasing. 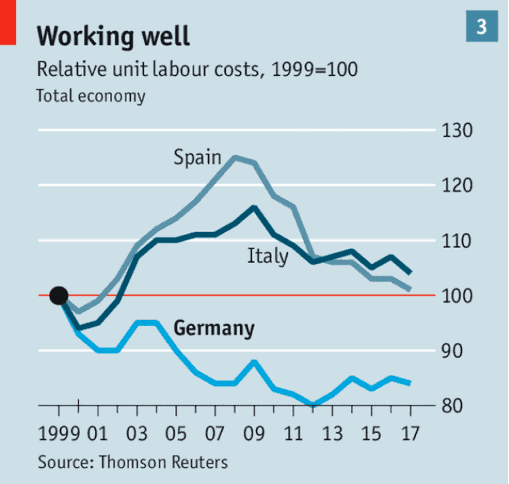 As for the issues concerning the future of Eurozone, the CDU/CSU –SPD initial agreement has to be more concrete in terms of content and planning, so that all proposals could be negotiated with all member states, along with those ones submitted by France’s President Marcon, the Greek government and other progressive political forces.

The Greek government is vigorously supporting the EU Southern member-states Summit as a place for dialogue and convergence and for proposals to ensure the future of Europe against austerity policies, whereas, in the European Parliament, the debate between the Left, the socialists and the greens is being strengthened, in the context of the “Progressive Caucus” group, in the run-up to the European Elections in May 2019.

Greek Prime Minister Tsipras and French President Macron have established an open channel of communication – despite their differences on other issues – regarding the reform agenda in Europe, the shift towards pro-growth policy models, an increase in public investments, building an effective pillar of social rights, the redistribution of EU funds to achieve a better balance between member states, the banking union and fiscal harmonization. The strengthening of democratic legitimacy and transparency of Eurozone ad hoc institutions, such as the Eurogroup, as well as the transformation of ESM into a new European Monetary Fund are also on the agenda

The delay in the final composition of the government in Berlin exerts a negative impact on the discussion on the Eurozone’s future and the reforms that should take place. Nonetheless, it is positive that SPD leader Martin Schulz has managed to put the policy emphasis on European issues, i.e. social convergence and investments, rather than remaining stuck in merely domestic affairs.

The SPD has to push for the maximum trade-off and reduce the effect of neoliberal policies in both Germany and the Eurozone. To this end, a new “grand coalition” should invest in a progressive agenda in the Eurozone. Otherwise, the SPD’s role will be further weakened, ideological lines will be blurred once again, and the entire European establishment will miss another, critical chance to shift from neoliberal policies to a sustainable growth agenda.