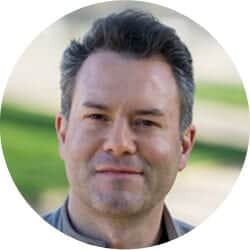 Reports of the death of growth have been greatly exaggerated. As the IMF noted last month, the world enjoyed in 2017 the “broadest cyclical upswing since the start of the decade”. In other words, after ten years of real downturns, false starts and speculations on “secular stagnation”, a genuine global recovery has finally materialized. The European Commission, in its autumn forecast, similarly rejoiced that “the euro area economy” was “on track to grow at its fastest pace in a decade this year”.

But does it matter? It all depends on what you know about what Gross Domestic product (GDP) measures… and leaves aside. GDP actually captures only a tiny fraction of what goes on and matters in our complex societies: it tracks some but not all of economic well-being (saying nothing about fundamental issues such as income inequality); it does not account for most dimensions of well-being (think about the importance of health, education or happiness for your own quality of life); and it says exactly nothing about “sustainability”, which basically means well-being not just today but also tomorrow (imagine your quality of life on a planet where the temperature would be four degrees higher or where there would be scant drinkable water or breathable air).

Sure enough, growth, measured by GDP, is back, but it will not result in prosperity for people or sustainability for societies in Europe and beyond because it was not designed to achieve either goal. To put it simply, growth cannot help us understand let alone solve either of the major crises that mark the beginning of the early 21st century: the crisis of inequality (the growing gap between the haves and the have-nots) and the crisis of the Biosphere (the alarming degradation of climate, ecosystems, and biodiversity that threatens human well-being). In our time, regardless of its current or future level and the enthusiasm that greet them, growth is indeed dead as a collective horizon and it is a broken compass for policy.

Consider the US, which is supposed to be growing faster than Europe: stock markets, profits and growth are up, sometimes at historic highs. But stock markets, profits and growth are the holy trilogy of mis-measuring the economy. Consider another US trilogy: inequality, health and trust and the picture changes radically. Recent data show that income inequality is higher today than it was during the Gilded Age, relentlessly fracturing the American society; that Americans in large numbers have been “dying of despair” since the late 1990s while the economy was growing (not to mention corporate profits) and that the level of trust in Congress has been divided by three and half since the mid-1970s with political polarization at an all-time high all the while Growth domestic product per capita roughly doubled. There is every reason to believe that the Republican tax bill voted last year and about to be enacted, will degrade the country on all three counts while increasing further corporate profits, stock market indices and GDP growth. The simple but hard truth is that governing societies with metrics that veil social reality instead of highlighting it is perilous. Measuring is governing: indicators determine policies and actions.

There is a real European paradox in this respect since the great recession. On the one hand, the European Union has tried to capitalize on the discontent with standard economics and capture the “beyond GDP” momentum. But on the other, it has become even more rigid in applying its ill-designed public finance targets that are all based on GDP. The EU is today largely governed by bad numbers and democracy ends up at risk when too much confidence is put by policy makers on too-narrow indicators.

So what should we actually be concerned about? Instead of growth, well-being (human flourishing), resilience (resisting shocks) and sustainability (caring about the future) should become the collective horizons of social cooperation, of which economics is only a facet. Because these three horizons have been overlooked by mainstream economic thinking in the last three decades, our social world has been mismanaged and our prosperity is now threatened by inequality and ecological crises. At its best, economics measures what counts and provides societies with the means to make it count, among the most powerful of which are robust and relevant social and ecological indicators. Building, disseminating, and using them is thus a practical way to reclaim essential values and advance important issues and policies. Done properly, measuring produces positive collective meaning. Understanding how what matters to humans can be properly accounted for is the first step to valuing and taking care of what really counts. 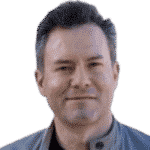 Éloi Laurent is a senior research fellow at OFCE, the Centre for Economic Research at Sciences Po in Paris, professor at its School of Management and Innovation and visiting professor at Stanford. He is author inter alia of The New Environmental Economics: Sustainability and Justice (Polity Press).