The people of Britain are poised for one of the biggest decisions in our history. In 2017, while the rest of Europe celebrates the 60th anniversary of the Treaty in Rome, I believe Britain will leave the European Union unless there is a major change of direction in British politics.

The most important change in direction is of course to see Ed Miliband in 10 Downing Street. Tony Blair offered referendums on Britain’s entry into the Euro or on the EU Constitutional Treaty of 2004. He avoided the first not because of the red herring of the so-called five tests but because he knew with his uncanny skill at reading the public mood that a Euro entry plebiscite anytime after 1997 would have produced a No vote. He avoided the second because France and the Netherlands took the decision for Europe and for Britain by voting down the proposed constitution. The French socialists were badly split on the issue.

Ed Miliband, by contrast, has been brave and bold in saying No to a referendum. He has had precious little credit for this. The business community claim they want to avoid Brexit but they seem more keen on keeping their friend, David Cameron, in Downing Street.

So if we do indeed begin a Brexit referendum process after May 7th what will happen? There is a great deal of complacency in the pro-EU camp that it will be a re-run of the 1975 referendum or perhaps the Scottish referendum. Is that complacency justified?

In 1975, all party leaders, all the press, including Rupert Murdoch’s papers as well as the now venomously anti-EU Daily Mail and Telegraph were pro-European as were 415 out of 418 business leaders.

We had only just joined the EEC. Nigel Farage and UKIP did not exist. There was no EU immigrant issue. The level of EEC regulation and law-making (so-called ‘interference from Brussels’) was minor. MEPs did not exist. It was an easy choice to stay in. The Scottish referendum was on a 307 year old marriage which benefited both sides. Even so, the London elites had to rush up at the end with a huge tax bribe and promise – the famous ‘Vow’ – more power for Scots.

Sensibly Scots voted to stay linked to England. Britain and Europe is more like a 42 year old cohabitation, living in separate rooms, moaning about the money we have to pay and the orders we have to obey from Brussels, and now upset at so many relatives from poor regions coming to live chez nous.

So let us drop the complacency that a 2017 Brexit plebiscite will be an easy re-run of 1975 or last September. Instead it is time to acknowledge that different tributaries – political, economic, much of press, cultural, identity, historic – are coming together into one powerful confluence that can take Britain out of Europe. 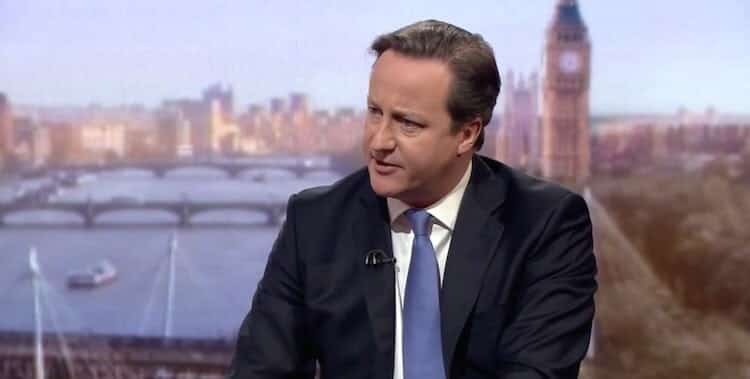 David Cameron has vowed to renegotiate Britain’s relationship with the EU.

So all these different force-fields are now uniting. If a vote in the form of an In-Out referendum actually happens – and it probably will – then both we British and our friends in other countries should not assume it will be a vote to say Yes to Europe.

It is assumed that Labour will remain a united pro-EU party. Let’s hope so. But for the Tories and their business backers it is essential that in any renegotiation David Cameron returns with a new version of an opt-out from Social Europe.

Will workers and unions sign up to that? Can or should Labour? The voices in favour of Europe point to TTIP – the transatlantic free trade deal between the US and the EU – as an example of how the EU moves forward. But Greens and the TUC oppose many clauses in TTIP. Will they vote to endorse an EU presented as under the control of global capitalism without protection for workers or core social agencies like the NHS?

David Cameron in 2017, if re-elected, will be in his seventh year of premiership. He will not be popular. So those who want to give him a kicking will be tempted to vote him down in a Brexit or any referendum. The view that the default setting in referendums is to vote for the status quo may make sense to pollsters but the politics of a Brexit referendum will be vicious and populist, as much on an anti-Tory left as an anti-Social Europe right.

In the Unites States, Asia and across the Channel political leaders are beginning to factor in Brexit as serious politics. Many outside Britain are beginning to ask with increasing intensity: How has the United Kingdom come to the point when for the first time in its history it may be about to repudiate a major set of treaty obligations and quit an important international institution which while much criticized surely, on balance, has done much good in the modern world?

The reason is simple: Prime Minister David Cameron has pledged an In-Out referendum in 2017. He will only campaign for a vote to stay in the EU if major concessions are made. Other European leaders are saying that the Conservative Party’s main demands cannot be met and many are non-negotiable. If Mr Cameron cannot obtain terms that satisfy the contemporary Conservative Party he is unlikely to campaign to stay in Europe. One of his senior colleagues, the cabinet minister, Oliver Letwin, said in November 2014 that that if Mr Cameron failed to gain a better deal for Britain in Europe, he ‘would want to recommend leaving’.

So if the current government is re-elected the chances of Britain leaving the EU are high. As a convinced pro-European I would prefer to deliver a more confident, ‘Don’t worry’, message. I would like to believe that Tories and Labour, Greens and Nationalists and LibDems can sink all their differences and campaign to keep us in. But this is political la-la land not the unhappy, divided, politically centrifugal Britain we live where there is growing contempt for 20th century political formations rooted in the London elite establishment.

We should keep fingers crossed there will be no referendum because the Tories lose power and go into opposition. But if that is not the case we will need quickly to put on tin hats and thinking caps as keeping Britain in the EU will take new thinking, lots of money, and a fresh way of doing politics.

Denis MacShane was a Labour MP (1994-2012) and served as UK minister of Europe. He writes regularly on European politics and Brexit.