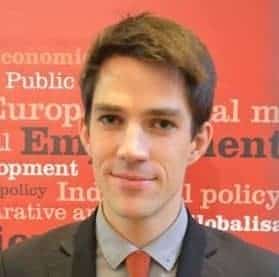 Pegida may have caught everyone by surprise in Germany, but its spirit is unfortunately all too familiar to French people. With the Front National’s enduring presence and future prospects, anti-Islam, ant-immigration, anti-establishment views of the world have been casting a long shadow over French politics for more than thirty years now. This may paradoxically explain why a movement like Pegida has little chance of taking off in France. However, the long-standing failure of mainstream parties to respond to the Front National voters’ core concerns should compel French politicians to try something new, and give German ones food for thought.

The prediction that Pegida would be offered an open boulevard in France after the terrorist killings in Paris early in January did not come to pass. A first planned protest in Paris on 18 January was not authorised by the police because of the hate dimension of the initiative. The title given to the march was “Déséquilibrés, égorgeurs, chauffards… Islamistes hors de France” which translates as: “Insane, slaughterers, roadhogs… Islamists out of France”. Some gatherings took place in Bordeaux, Montpellier, Toulouse, but numbers remained fewer than 100. Behind the initiatives were the controversial essayist Renaud Camus (who champions the concept of “great replacement” in the same way as Thilo Sarrazin does) and radical organisations such as Riposte laïque (which set up apéritifs saucisson-pinard a few years ago) and la Ligue du Midi (Southern French regionalists).

Strikingly, the Front National has been keeping its distance from Pegida and has not encouraged its development in France. Two years ago, Marine Le Pen already avoided getting too closely associated with the massive anti-gay marriage protests. Clearly, these grassroots, decentralised movements are seen as disruptive for her ‘de-demonisation’ strategy and her ambition to govern France in the near future. She cannot afford being seen as backwardly Islamophobic and homophobic at a moment when she is trying to incorporate ethnic minority and gay elements into the party’s leadership.

This also shows that she is well-informed about the state of French public opinion and takes great care to be in tune with it. What the polls reveal, indeed, is a high level of anxiety regarding Islam, but also the ability to distinguish between its radicalised elements and ordinary Muslim citizens of France. As an Ipsos/Le Monde survey disclosed at the end of January, 53% of French people thought then that France was “at war”. Out of these 53%, ‘only’ 16% targeted Islam as the enemy while 84% of them pointed at “jihadist terrorism”. Perhaps more striking was the declining proportion (though abnormally high compared to other religions) of those who thought Islam was not compatible with “the values of French society”: from 74% in 2013, this figure dropped to 51% after the killings.

Against this ambivalent background, the Front National has successfully managed to rearticulate old positions around a more reassuring narrative. It stands for laïcité (secularism) and republican values against the supposed left-wing communitarians. The party defends the idea of a colour-blind society and has excluded some of its outspokenly racist elements. It argues that immigration needs to slow down essentially for humanitarian reasons. The subtext, nevertheless, has not changed much: “we will protect you against Islam”.

It may therefore be reassuring that Pegida won’t make it in France, but it is hugely worrying to see the Front National prospering on the back of widespread anxiety vis-à-vis Islam. A lot needs to be done still to strengthen trust between Muslims and non-Muslims in France and to solve the identity crisis which affects both groups in a tougher economic and social context.

Indeed, Islam is too often a default identity for young French people of North African and West African origin who do not feel fully accepted as French citizens. Moderate Muslims are also tempted to turn more radical when they see (rightly or wrongly) their faith and religious practice being treated suspiciously and cornered in a society with a very strict approach to secularism. The social decay and lack of public services manifest in some suburban areas with a high concentration of immigrants is another obvious factor behind this trend. Hence it did not come as a surprise that the minute of silence tribute to ‘Charlie Hebdo’ was not well respected in the schools in these areas.

On the other side of the spectrum, the popular success of some publications warning against France’s loss of soul testifies to the ill-ease in which the white lower middle-class finds itself today. Last year renowned public intellectual Alain Finkielkraut argued in L’identité malheureuse (Unhappy identity) that France had given up defending its culture in the name of egalitarianism and diversity. Polemicist Eric Zemmour published Le Suicide francais (French suicide), a violent attack upon immigration. In January, on the very day of the attack against ‘Charlie Hebdo,’ Michel Houellebecq’s new novel, Submission, came out. The author imagines an Islamist party taking power in France in the near future. In mid-February the book was topping fiction sales in France, Germany and Italy.

What these parallel trends reveal is politicians’ failure to devise a fresh, encompassing vision of French identity that would reassure all groups about their capacity to live together. In a recent essay, political scientist Laurent Bouvet characterises the current situation as one of ‘cultural insecurity’. There is a void, according to Bouvet, which only the state can fill. Public services need to return to abandoned territories, be it Parisian suburbs or ‘semi-urban’ areas where the Front National vote is particularly high. Laïcité (secularism), republican values and genuine implementation of republican ideals are the only possible glue that will give people a sense of commonality and confidence.

The diagnosis is compelling, but one wonders whether such abstract rhetoric and traditional recipes can do the trick. Strikingly, Nicolas Sarkozy’s initiative of a debate on ‘national identity’ in 2009 did not get anywhere. True, many suspected a political manoeuvre to court Front National voters. However, the actual discussions that took place could only reaffirm French values in a very abstract way that left many frustrated.

Perhaps it is time for French politicians to try new recipes. Fostering a common identity also needs practice and shared experiences. It should not be left to football to bring people of differing backgrounds together. That is where initiatives such as a national voluntary service, youth exchanges or mentoring systems between well-off and deprived areas, community organising and local citizen assemblies have a role to play. Without these efforts to tackle mutual suspicion, there is no doubt that Pegida and the Front National on the one hand, and radical Islamist preachers on the other, will retain their appeal.