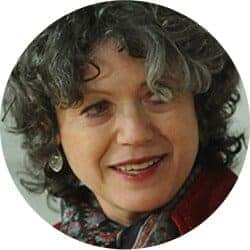 Now that the UK has voted to leave the EU, all the attention has been focused on how it will go about leaving, or even whether it will leave in the end.  But equally important is how the EU responds to Brexit:  whether as an isolated case to be quarantined in order to avoid contagion to other member states, or as the symptom of a wider disease.  Only by seeing the Brexit vote as a wake-up call to reinvent the EU may the EU itself actually overcome the many challenges it faces.  What the EU must do is to generate a ‘new deal’ for the EU as a whole, not to treat the UK in isolation.

The EU will probably treat the UK as exceptional, as the result of populist Euroscepticism gone mad in a country ill-served by a Conservative Party trying to solve its internal divisions via referendum, drip-fed anti-EU rhetoric by the tabloids, where the EU has been the scapegoat for the UK’s many home-grown problems.  The EU is therefore likely to hunker down, to protect all the acquis so valiantly fought for over the years—including the freedom of movement of EU citizens that has been a major focus of the Leave campaign.

But however tempting it may be for the EU to treat the UK as an example—so that no other member state follows suit—it would be a mistake.  The EU would do better to listen to and address the concerns of British citizens, in particular because calls for referenda are now being echoed in other EU member states by the likes of Marine Le Pen and Geert Wilders.

Some British citizens rallying to the Leave campaign’s cry to ‘Take back control’ may very well be racists or nationalists, nostalgic for ‘Little England’.  But others voted for Brexit in protest at a freedom of movement that overtaxes the welfare state or undermines labor standards.  Yet others complained of a remote EU that regulates at a distance, without paying sufficient attention to national preferences.  And many more decried an un-elected EU that seems to impose policies that elected national politicians cannot (or do not) challenge.  Such protests are mirrored across Europe, feeding the steady rise of populist parties, the loss of trust in the mainstream parties, and the rapid turnover of sitting governments.  The EU’s other crises have also played their part—in particular the Eurozone crisis, the refugee crisis, the Russia-Ukraine crisis, and the security crisis linked to terrorism.  The EU’s poor management of all of these crises has been another reason why dissatisfied British citizens may have asked why should they belong to such a Union?

So what can or should the EU do?  Rather than refusing to deal, or doing a special deal just for the UK, the EU needs to come up with a new deal for all the member states.  That new deal must directly address EU citizens’ fundamental concerns related to democracy and immigration.

A new deal requires thinking first of all about how to give back to national citizens more control over the policies that most affect their lives, while recognizing that common EU problems often require common solutions.  The Brexit campaign’s ‘take back control’ slogan was focused on the problem of democracy—despite the fact that the UK had actually maintained control over most such policies by opting out of the Eurozone and Schengen.  Such problems are actually more significant for the other member-states, but they differ from one policy area to another.  In the refugee crisis, the problem has come from too little EU coordination, as national capitals have reasserted control, in many cases with barbed wire fences.  In the Eurozone crisis, in contrast, the problem has come from too much coordination, with the imposition of the rigid rules and stringent numerical targets involved in ‘governing by rules and numbers.’ Here, continued coordination would be best accompanied by significant decentralization of the European semester.

More coordination would also be useful in the policy area that is the Brexiteers’ main bone of contention: freedom of movement for EU citizens.  A new deal in this domain would demand first and foremost the recognition that labor mobility is very different from other freedoms of the Single Market, in particular goods and capital, because of its impact on labor markets and welfare states.  To take that impact into consideration means one of two things:  much more integration, or much less.  Less integration is not ideal, since it would mean that the EU would generalize the UK’s special deal on the migration of EU citizens to all other member states.  This would mean that all member states could set limits on access to benefits for given periods, or even to jobs, in the face of overflows of EU migrant workers—which could in the end destroy free movement of people.

More integration, instead, would entail reinforcing the current free movement by putting into place solidarity mechanisms.  For example, why not create an ‘EU mobility adjustment fund’ to support the extra costs for social services and the retraining needs of workers in countries with greater than usual EU migrant worker inflows?  More integration through solidarity has great advantages, especially if an EU mobility adjustment fund were accompanied by the oft-proposed EU unemployment fund, or even a European fund for refugee support.  Different countries would benefit at different times from the funds, which could be triggered when any one country finds itself overburdened by the extra costs it incurs because of the asymmetric functioning of the Single Market and the Single Currency, or because of its openness to refugees.  Different funding mechanisms are possible, including from member state contributions, but the best would be from the monetary gains of the Single Market and Single Currency.  This could involve using a proportion of VAT collected in trans-border transactions or of the Financial Transactions Tax. Or even: why not use ‘helicopter money’ from the ECB if possible?

Paying attention to the concerns of the Brexiteers does not entail pandering to them, or leaving the way open to the populists calling for exit referenda across Europe.  It means rethinking the EU in ways that can respond to the discontent in creative ways, with a new deal that promotes continued integration while respecting citizens’ demands for greater national control and democracy. 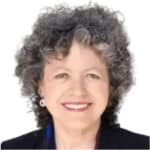 Vivien A Schmidt is Jean Monnet professor of European integration in the Pardee School at Boston University and honorary professor at LUISS Guido Carli University in Rome. Her latest book is Europe’s Crisis of Legitimacy: Governing by Rules and Ruling by Numbers in the Eurozone (Oxford University Press).