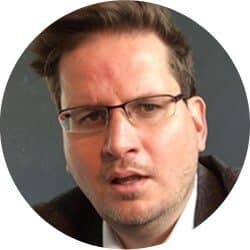 However many reasons British voters had for voting to leave the European Union, it is generally agreed that resentment about immigration was at the top of their concerns.

Economists have come forward over the years with numerous studies concluding that labour migration from the rest of the EU is beneficial for the UK economy as a whole. Such assessments, however, will not go a long way towards placating the individual jobless Brit who sees Polish bus drivers and Lithuanian fire fighters. Nor is it certain that the sudden surge in eastern European labour migration has not had detrimental effects in specific segments of the labour market, pushing down wages and putting strains on local public services.

Both David Cameron and Brexiters have reacted to this concern by seeking to constrain immigration, as well as limiting access to welfare services by those already in the country. This was already a reversal of the common achievements of the European Union. The overflow of the anti-immigrant wave in public opinion behind Brexit will likely be seen in future as an inflection point not only in the history of European integration, but also in that of globalisation.

Could this have been prevented? Was there an alternative? In fact the whole issue is relatively recent. Its origins can be traced back to the eastern enlargements of 2004 and 2007, generally heralded to be a success story by the European Commission. That process of accession was focused on the traditional core principles of the acquis communautaire within the single market: free movement of goods, services, capital, and, of course, labour. What was clearly missing was the dimension that is also crucially missing from the EU as an overarching construction: the social dimension.

Social policy, wages policy, taxation and the like are by and large national prerogatives in the EU. This has allowed eastern European governments to pursue a variant of capitalism that is based on pursuing the advantages of low wages, limited trade union rights, and no more than rudimentary welfare.

It is still generally accepted by elites in the east that the region has no viable alternative to this model, even though the general population seems to believe otherwise. With few exceptions, the primary balance of births and deaths is negative almost universally across the region, reflecting general pessimism about economic prospects. While governments and international institutions speak of convergence, young people, especially educated ones with language skills, are fleeing in increasing numbers. A quarter of a century has passed since the transition to capitalism and democracy. Within a similar interval Germany resurrected itself from total annihilation to prolonged economic miracle after WW2, and South Korea from a Third World country to a First. Eastern Europeans are tired of waiting for Godot: they do not believe that their low wage model, now mired in corruption and weak state capacity, will ever provide them with the necessary economic security. Young generations are finding this in the West instead. The same model that has relocated low wage jobs from west to east is also pushing easterners to the west in search of real opportunities.

Could this have been prevented? It most certainly could have if the EU were not an essentially neoliberal project based on free trade and free movement of factors of production, if there really were a “Social Europe”. Rather then eroding western European welfare standards through a race to the bottom, eastern European enlargement could have included minimum standards for a European-style welfare state. Eastern Europeans currently earn significantly less than their productivity would enable them to. The absence of wage bargaining, weak collective coverage and low trade union membership are the main causes. Their per capita GDP might have overtaken some southern European crisis economies, but this is not reflected in living standards. Lack of income means lack of demand for enterprises, which translates into fewer job opportunities than in the west. Social policy, health and education are badly underfinanced. When western Europeans complain about mass immigration, they rarely discuss what goes on in these far-away lands, about which they know nothing. They aim to reduce the pull factor, or curtail the free flow of labour, but not what it offsets, the free flow of capital from west to east.

Indeed, the real answer lies in the push factor in the east. People do not decide on emigration simply based on higher relative wages elsewhere. Mostly it is a lack of prospects in the domestic economy that drives them away. Obviously, eastern Europe is unlikely to have western wages and social welfare any time soon. It is already developed enough, however, to be able to afford higher wages and better public services than it currently provides. EU-wide standards about minimum wages, trade union rights, collective bargaining and public services would guarantee easterners socio-economic prospects at home, and a sustainable economic model for genuine convergence. It would also greatly reduce the pressure on western Europe. A sustainable solution to Brexit therefore lies in the east.

Dr. Zoltán Pogátsa is the Head of the Institute of Economics at the University of Western Hungary.