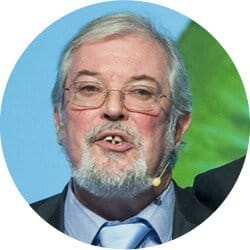 Even before the result of the British referendum on remaining in or leaving the EU was known, the argument emerged that this plebiscite would unleash a chain reaction. But little was said about the role the media played in this.

Claes de Vreese and Holli Semetko studied some 28 referendums in 2004, in their seminal “Political Campaigning in Referendums. Framing the Referendum Issue.” The authors took the Danish referendum of 2000 on the Single Currency as an exemplary case study for informing political communication scientists on what to expect from referendum campaigns, including media effects.

Heightened Importance of the Media in referendum campaigning

Research on the “Media Issue Attention Cycle” shows that holding a referendum increases the attention of the media throughout the period leading up to it. This in and of itself isn’t necessarily a problem. What is more problematic, however, is “false balancing”.

False Balancing in the Media

Although de Vreese and Semetko didn’t broach this issue of balance, they did note: “A national referendum can challenge existing conceptions of balanced news reporting.” Normal political reporting interprets the balance in the news in proportion to a party’s representation in Parliament. In contrast, a referendum undermines this principle as other “extra-parliamentary” actors become involved.

In reporting on scientific controversies, the media have had a tendency to create controversy through ‘balancing’. As Dixon & Clarke demonstrated on the autism/MMR vaccine controversy: “Balanced reporting without added context about where the strength of the evidence lies (i.e. false balance) may suggest that opposing forces are equally well supported by evidence that may not be the case.” (my emphasis).

The mere fact that the House of Commons had a roughly 75/25 division in favour of “Remain” and this was translated into an approximately 50/50 reportage for the sake of balance is but one indication of this false balance. The other can be found in “the partisan sympathies of media owners”.

In journalism parlance, this referendum campaign was a case study in Horse Race reporting, pitting two Eton adolescent bullies against each other, “squabbling like demented gibbons in the ruins” with some of the dark arts relegated to bruisers such as Nigel Farage.

In Framing research, this reporting mainly used a Conflict frame (a conflict between Economic Consequences and Human Interest – exemplified by immigration and hence the human fear of “The Other”).

This isn’t new. In de Vreese and Semetko’s analysis, it is clear that the framing of issues between a ‘Yes’ and ‘No’ camp crystallises into purely economic consequences for the ‘Yes’ camp and sovereignty – with frame extensions to immigration – for the ‘No’ camp.

During referendum campaigning, different sub-issues emerge to decrease the abstract nature of the debate. In their research, the ‘No’ camp was seen to broaden things to issues that were technically and juridically beyond the referendum proposal, but emotionally associated with it, whereas the ‘Yes’ camp almost singularly forgets to make things more relevant. This relevance was probably the reason for the switch between a ‘No’ in 2008 and a ‘Yes’ in 2009 in the Irish referendum on the Lisbon Treaty.

There is good empirical evidence to suggest that ‘social media’ are polarizing opinions. Leaving aside the differences between telephone and online polling, this last one, under the cloak of anonymity, indicated more of a Leave tendency.

Social media chatter, however, was misleading social media users into believing that what was going on was what they believed. Social media algorithms using homophily as a guide – we like those people that are like us – led one to think that everybody else was agreeing with you, as one is rarely exposed to Facebook ‘enemies’.

Just as any human body needs oxygen, thereby engendering free radicals, any democratic political system needs its own free radicals to keep it in check. A free radical is an atom or molecule that has at least one unpaired electron and is therefore unstable and highly reactive. Free radicals can damage cells and are believed to accelerate the progression of cancer, cardiovascular disease, and age-related diseases. The question therefore hinges on the capacity of a political system to democratically deal with its free radicals.

Holding a referendum does this by actually providing the catalytic oxygen of a plebiscite democracy, rather than resorting to an existing defence mechanism, parliamentary democracy. The resulting rampant, free radical chain reaction predictably leads to chaos and degeneration. In short it increases Uncertainty – resulting in the perception that the political system is no longer in Control, thereby increasing the perception of Risk.

Did the political system or the media have any intention of managing that uncertainty? Or was the system already so overwhelmed by its free radicals that it didn’t trust its own checks and balances? If there is any wisdom in the crowds, the demos must have sensed this, and acted accordingly.

After a research stint in biochemistry at King's College (on Free Radicals) in the late 70's, Johan De Rycker subsequently worked in advertising, public relations and public affairs. Since the academic year 1988/89, he has been an Associate Professor at the Universite Libre de Bruxelles, in the Department of Information and Communication Sciences.