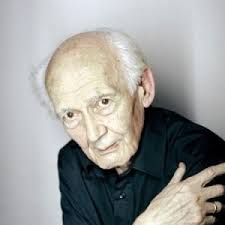 Professor Bauman, it seems like new walls are rising, again, in Europe. The reasons politicians push for the decision to build these walls – either real or “bureaucratic” – refer to the issues of migration and security. How do you judge what is happening? What are the risks in this rush to “securitization” of the continent?

We need to study, memorize, and do our best do draw practical conclusions from Pope Francis’ analysis (in his “thank you” speech on the occasion of receiving the European Charlemagne prize) of the mortal dangers signalled by “new walls rising in Europe”; walls raised – paradoxically and disingenuously – with the intention/hope of cutting out small plots of land safe for its residents from the hurly-burly world full of risks, traps and menaces. Having pointed out that “creativity, genius and a capacity for rebirth and renewal are part of the soul of Europe”, that in the last century Europe bore witness that “a new beginning was indeed possible” – and in the effect “laid the foundation for a bastion of peace, an edifice made up of states united not by force but by free commitment to the common good and a definitive end to confrontation” so that “Europe, so long divided, finally found its true self and began to build its house” – Pope Francis notes, with deep concern and sorrow, that if “the founding fathers of united Europe” – “heralds of peace and prophets of the future” – inspired us “to build bridges and tear down walls”, the family of nations they prompted to create seems of late

People seem to be more and more scared by the series of attacks that are happening in our cities. Whatever the real reasons behind these attacks – which may vary – the perception is one of a growing level of insecurity. How can politics address this fear without falling in a witch-hunting scheme?

The roots of insecurity you mention go deep; they are sunk in our mode of existing, marked by weakening inter-human bonds, the crumbling and falling apart of communities, the tendency to recast our common social problems into individually suffered worries – and “subsidiarizing” the task of fighting them to the bereaved individuals left to stew in their own juices. Our uncertainty and the resulting sense of insecurity are existential: they are born and daily reborn out of the on-going replacement of human solidarity with mutual suspicion and cutthroat competition. The fear they beget is diffuse and spread over all aspects of our life pursuits and therefore unanchored, seeking vainly a target on which it could be focused – a palpable, visible target within reach, one that we could try to control. But in our (selectively) globalized world, a playground of powers emancipated from political control and powerless politics incapable of controlling them, the gap between the grandiosity of tasks and mediocrity of tools to handle them and perform with them is widening; the “natural habitat” of existential insecurity, the space subjected to the vagaries of deregulated, let off-the-leash and politically uncontrolled economic powers, continues thereby to widen too – and so does the thirst for a reduction of the unbearable complexity of any challenge to a simple, possible instant, short-cut measure and for strong leaders who as irresponsibly and deceitfully as boisterously and bombastically promise to apply in exchange for unconditional obedience of their subjects…

The EU seems to be divided in its response to the migration problem. It also seems to be divided on issues like security – Viktor Orban yesterday asked the EU to follow Trump’s model in this. Is the dream at the very root of the European Union about to be destroyed by these forces?

All in all, we are witnessing today throughout Europe a worrisome tendency to reclassify urgent socio-political issues as the problems of the security organs and policing. It does not spell well for the spirit that inspired the founding and the expansion of the European Union. After all, a major, perhaps the defining feature of that spirit was the vision of Europe in which military and policing security measures will gradually but steadily and consistently become redundant.

From Trump to the EU, fear seems to dominate the political discourse. Is our society destined to be dominated by fear?

This is indeed a sombre and upsetting prospect (though by no means a predetermined, inescapable destiny). Promises of demagogues are catching, but fortunately short-lived. Once new walls have been built, more armed guards deployed on airports and in public places, more refugees refused asylum and more migrants deported, their irrelevance to the genuine roots of our uncertainty and the fears and anxieties they generate will become, fortunately, transparent. Deregulated market forces will go on playing havoc with all and any of our existential certainties. Demons that haunt us (fear of losing our place in society, suspected fragility of our life-achievements, the menace of social degradation and exclusion) won’t evaporate and disappear. We may come back to our senses and acquire immunity to the siren songs of the haranguers and rabble-rousers striving to build political capital on leading us astray. The big question, however, is how many people will need to fall victim and find their lives wasted before this happens.

Religion – particularly Islam – is more and more indicated as a factor that can stop integration. In Germany, movements like Pegida openly describe Islam as the mask of throat-cutters. How do you think societies and politicians might operate to prove this equation wrong?

Let’s avoid the dangerous mistake of extrapolating long-term tendencies (let alone inevitable futures) from current fads and foibles. As the uniquely perspicacious German sociologist Ulrich Beck suggested, at the bottom of our present confusion lies the discrepancy between finding ourselves already cast in a “cosmopolitan situation” (being doomed to cohabit permanently with different cultures, ways of life, faiths) – and the lagging far behind in the urgent task of the development and appropriation of “cosmopolitan awareness”. Putting paid to that discrepancy – bridging the gap between the realities in which we live and our capacity to understand their logic and requirements – is not a task to be performed overnight.

To sum up our current predicament, let me again quote from the impeccable insights of Pope Francis. In the already referred-to speech, he confessed:

These questions are addressed to all of us; to us, who – as humans are and can’t but be in all times and all places – are made by history while making it, knowingly or not. It is up to us to find answers and give them; in deeds as much as in words.

I believe that the most awesome obstacle to finding the answers is our dilatoriness in seeking them.

This interview was conducted by Davide Casati and was published in abbreviated form in Corriere della Sera.