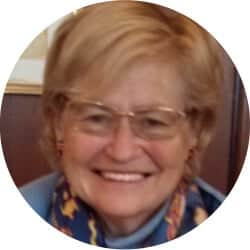 The UK government has agreed with its EU partners to start Brexit negotiations today (June 19), with an all-day timetable starting at 0900 GMT and ending at around 1700; David Davis, Brexit secretary, will be across the table from Michel Barnier, the EU’s chief negotiator. But these negotiations should be postponed and the UK government should request such a postponement.

After the elections, the current Government has no majority. It is still negotiating support from the Northern Irish conservative Democratic Unionist Party  to get support for its legislative program. As a result, the Queen’s speech, which announces the Government’s program and was due on Wednesday, has been postponed.

There is a strong debate in the UK about Brexit’s desirability and the modality it should take, if it goes forward. There are debates within the Conservative party, including between the English and Scottish ones. The Scottish First Minister, the SNP’s Nicola Sturgeon, is calling for a different, softer approach as is (more mutedly) Ruth Davidson, the Scottish Tory leader. The Labour Party, with a larger number of seats in the House of Commons post-election, has a high number of Remainers and supporters of a much softer Brexit, which would embrace tariff-free access to the single market; the latter position has been endorsed by the Labour leader, Jeremy Corbyn.

The Government’s previous position has lost legitimacy, especially given the result of the recent elections. There are many calls for a cross-party commission to negotiate on Brexit with the EU. Other voices need to be heard and involved, including those of business and trade union leaders, whose priority is to privilege avoiding or minimizing damage to the UK economy, and are calling for a major re-think of Brexit.

But there are also new human circumstances. There were three terrorist attacks in the last couple of months, with a number of casualties. These may require improved security measures. More recently, there was the terrible fire at Grenfell Towers in inner London, with such a devastating loss of life. The Government must urgently focus on helping survivors rebuild their lives; it must ensure as quickly as possible that people living in similar blocks of flats are safe from similar terrible events happening. Britain is not a poor country, but one of the wealthiest ones in the world! It must deploy its resources fully and properly, and design appropriate regulations to guarantee housing is safe for all, poor and rich alike.

The Prime Minister and her government needs to get busy now on crucial tasks, especially of ensuring safe housing and helping the survivors of the fire – and this is a monumental task; it must improve security. And it must clarify a cross-party position on Brexit, that takes account of the new political realities after the election, and can generate national support. The government has neither the time nor is it properly prepared to start negotiations on Brexit. It has far more urgent tasks on its hands.

Postponing negotiations, for at least a month, is clearly in the best interests of the people of the UK. I think it would also be in the interests of its EU partners, who need a credible and representative UK negotiator with whom to start such crucial negotiations. To carry on, as if the situation is normal, would be highly irresponsible.