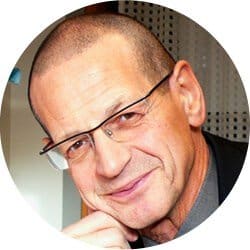 Regulatory standards and their enforcement, particularly of labour standards, are especially vulnerable under the auspices of World Trade Organization (WTO) rules in a context of weak overall global governance. A Brexit in which Britain trades with the EU under WTO rules would provide incentives for a Conservative government to dismantle already weak UK labour rights and standards. Following Brexit, the UK will be a “third country” with respect to the EU. A Canada-style free trade agreement is the most likely outcome of trade negotiations. And, while securing labour standards and decent work comprise a separate chapter (no. 23) of CETA, it recognizes “the right of each Party to set its labour priorities, to establish its levels of labour protection and to adopt or modify its laws and policies accordingly”. Such FTAs involving countries at roughly similar levels of trade union rights preserve “the right to regulate” of both partners and are “voluntary in nature, with no binding outcome”. The record of FTAs when it comes to promoting labour standards in developing countries is even more questionable.

Ironically, future trade deals negotiated by the UK may offer an opportunity to foreign parties to leverage significant concessions on regulatory issues. A straw in the wind is the free trade agreement proposed with the US, entailing loosening UK environmental and safety standards. The alternative of a Norway-style agreement offering single market access but requiring acceptance of all existing and new EU regulations (as a “rule-taker”) as well as freedom of movement, is unlikely.

Perhaps understandably, fears of regulatory competition from a post-Brexit Britain are uppermost in the minds of Europe’s leaders. Chief negotiator Michel Barnier (Commission) has warned that a future trade deal “must ensure a level playing field, in terms of competition and state aid, and must encompass safeguards against unfair competitive advantages through, inter alia, fiscal, social and environmental dumping”. He adds: “It is up to the British to tell us whether they still adhere to the European model…their answer is important because it directs the discussion on our future partnership and the conditions of its ratification”.

In response, UK Chancellor Philip Hammond has denied that the Conservative government wants to turn the UK into a deregulated, Singapore-style economy. Post-Brexit Britain would maintain a “social, economic and cultural model that is recognizably European”. By contrast, Boris Johnson has argued for the enticing prospects awaiting a deregulated post-Brexit Britain, condemning the Commission for “trussing the nations together in a gigantic and ever-tightening cat’s cradle of red tape”.

Johnson’s characteristically colourful intervention forced Theresa May in her much-heralded “Florence speech” to reassert that “regulatory issues are crucial”. The Prime Minister affirmed “we share a commitment to high regulatory standards. People in Britain do not want shoddy goods, shoddy services, a poor environment or exploitative working practices and I can never imagine them thinking those things to be acceptable”. Yet May’s now almost-forgotten awkward flirtation with the issue of sub-standard employment in the Taylor Review had as much to do with her long-standing anti-immigrant animus, especially towards those deemed as “illegal”, as with any desire to maintain decent work.

Again, David Davis, the Brexit minister, has recently reiterated that the UK is not seeking to engage in an “Anglo-Saxon race to the bottom” in environmental and labour standards. Such assurances are contradicted by internal government policy proposals from the Department for Business, Environment and Industrial Strategy referring to “maximizing regulatory opportunities” to boost the UK economy following Brexit, specifically mentioning the potential for removing employment protections. May’s notion of “managed divergence” with EU rules based on pre-existing “matching” standards as a starting point seems either naïve or disingenuous.

Racing to the bottom?

For the Commission the resolution of contested views regarding the regulatory contours of post-Brexit Britain requires unilateral regulatory compliance with EU rules and regulations. While Brexit Britain may have “regulatory autonomy” in future, the Commission is seeking to limit its scope via “non-regression clauses.” Whether or not these will prohibit the dilution of the existing labour standards below pre-Brexit levels, especially as new trade deals are sealed, remains to be seen. Reliance on rear-guard protective clauses devised by the Commission as part of a future trade deal may not be enough.

Commission documentation has already warned of the threats posed by future UK “export processing zones” to health and safety standards, the dilution of employee consultation rights in the event of redundancies, not to mention undermining collective bargaining rights. All of this may be dismissed as so much posturing, given the Commission’s own rather questionable record in defending collective bargaining in the ongoing search for European-wide “flexicurity”, especially in the crisis-hit Eurozone countries subjected to austerity interventions from the Troika.

The notion that the Commission can be viewed as an architect of labour deregulation (albeit with the active engagement of national governments) is uncongenial to those who regard the EU as a promoter of good labour standards. Yet little in the EU’s latest renovation of its battered “social model” (the so-called European Pillar of Social Rights) specifically advances European labour standards other than iteratively. At the same time, long-standing problems exist with the crucial EU directive intended to provide fair working conditions for mobile (“posted”) European workers as illustrated by the Laval quartet of judgements of the European Court of Justice. The Court, by favouring market-making over social considerations, has proved weak in protecting labour migrants from exploitative employers. Reform of the directive and other related abuses of cross-border workers is, however, strongly opposed by labour-exporting countries, especially among the newer East European member states such as Poland, Latvia and Lithuania that see the provision of cheap labour as a “competitive advantage” rather than “social dumping”, sowing seeds of future divisions within the EU.

Reversing a “race to the bottom” in labour standards post-Brexit, once underway, will not be easy. Preserving and advancing labour standards will rest primarily on political choices at national level. This can be both a threat and an opportunity. The threat is clear. The opportunity requires an organized labour and trade union movement, cognisant of its traditions of international solidarity, committed to defending labour standards in future trade agreements. This will be a major but not insurmountable challenge in the face of corporate pressure to reverse course.