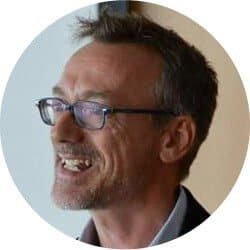 After the Brexit vote in June 2016 was followed by the unexpected victory of Donald Trump in November, an emerging theme amongst the commentariat was that the combination of economic stagnation, immigration, and a wave of terrorist attacks was driving politics to the populist right in western democracies. This reading of contemporary politics has been so influential that it provided the intellectual underpinning for Theresa May’s ambitious strategy of calling an election to exploit the populist turn of ‘white working class’ voters.

The fact that this gamble has clearly failed – May brought forward the election by three years yet turned a narrow majority into a hung parliament – is already being blamed on the Tory leader’s own personal limitations, her over-dependence on a narrow coterie of advisors, and specific mistakes made in the campaign. But in fact, it is less surprising than it seems.

During the election campaign, some broadsheet newspapers published remarkable data showing that only Greece – Greece, the economic cautionary tale for the 21st century – has endured a worse performance in living standards since the 2008 financial crisis than the United Kingdom. The Conservative party has been in office for 7 of the 9 years since the crisis, and according to many influential economists, the austerity programme followed by these Tory governments carries a large share of the blame for this poor performance.

Last year’s referendum on Brexit became an opportunity for some of Britain’s poorest citizens in its most depressed regions to express their fury at economic decline and the squeeze on incomes and public services. Theresa May’s smart footwork in abandoning her pro-Remain stance and presenting herself as the leader to achieve a full-blooded Brexit could not entirely conceal her role as a major figure in the Conservative and coalition governments over this period. May was a novelty in June 2016; by June 2017, she had become the incumbent, responsible for the NHS crisis, the social care crisis, the housing crisis, the wage freeze, and student debt.

The 2017 election, therefore, is beginning to look like yet another case of voters punishing incumbent governments for their failure to pull the economy out of the comatose state provoked by the financial crisis of almost a decade ago. If we look around the advanced western democracies, electoral ‘earthquakes’ are becoming a matter of routine, with governing parties suffering electoral meltdowns and the traditional parties facing challenges from a variety of anti-system parties on both left and right.

This year so far, the Socialist parties in France and the Netherlands have been unceremoniously booted out of office and reduced to a rump, in the former case by an independent candidate who was not backed by any party. Last year, not only did Donald Trump, a man with no experience of political office at all, win the US presidency, but a grouchy independent Socialist whose ideological sympathies made him a pariah in the US Senate almost took the Democratic nomination. This is not a good time to be a member of the political establishment.

Gordon Brown and Ed Miliband, Labour leaders who were in office at the time of the 2008 financial crisis, are now long gone, and the Labour party is led by a figure who may be controversial and out of step with public opinion on a number of issues, but who is not remotely tainted by association with the policies and choices that led to Britain matching Greece for economic distress.

Theresa May, on the other hand, made timid hints at a shift towards a more ‘caring’, one nation Conservatism, but had no real story to tell about how this could be achieved. In the end, her election campaign was a very crude attempt to cash in on her supposed authority as Prime Minister, and her tough stance on immigration. Yet many voters regarded Brexit as a done deal, and were clearly rather more interested in hearing about how she would improve the economy and public services, issues that she never actually addressed.

Jeremy Corbyn focused his campaign very strongly on a set of fairly standard left-leaning policy ideas relating to the economy and the welfare state. The cuts to the NHS and schools would cease, university tuition fees – the highest in Europe – would be abolished, Britain’s expensive and inefficient railways would be taken under state control. Whilst Theresa May repeated ad nauseam that she would provide ‘strong and stable leadership’, rarely mentioning precisely what policies she would implement, Corbyn hammered home a message that fiscal austerity was unnecessary and cruel, and that Labour would end it.

The Tory debacle on social care, when May proposed a plan in mid-campaign to use the homes of dementia sufferers to pay for their care, inadvertently made Corbyn’s point for him. The ham-fisted attempts to reverse the policy only served to undermine her central, perhaps sole, message: that she alone had the toughness and single-mindedness to steer Britain through the challenging times ahead.

Theresa May has therefore become, after less than a year in Number 10, the latest victim of popular wrath against political elites. The evidence is stacking up that citizens across the democratic world have had enough of an economic system that delivers spectacular financial rewards for a minority yet stagnant living standards for everyone else. Established political parties have lacked ideas on how to address this economic failure, and even the parties of the centre-left, whose traditional supporters have suffered the most from the crisis, have had little to say about how to improve things. As a result, new political leaders who appear to offer some hope of change are emerging almost everywhere.

The mainstream political elites are on notice: austerity and inequality make for angry and unpredictable voters.

Jonathan Hopkin is Associate Professor of Comparative Politics in the Department of Government at LSE.