British Prime Minister Theresa May has, of her own volition, stripped her Conservative Party of its governing parliamentary majority by calling an early election. If she stays on as prime minister, she will also strip British citizens of the political and economic rights conferred by membership in the European Union. But May’s habit of stripping away people’s rights and powers is not new: for years, she has been normalizing the practice of stripping certain Britons of their citizenship altogether, even at the risk of rendering them stateless “citizens of nowhere.”

During the United Kingdom’s just-concluded election campaign, May promised to change or nullify any human-rights laws that “get in the way” of fighting terrorism. This is a credible threat: May herself has pioneered the practice of revoking individuals’ citizenship, usually in the name of national security, but sometimes as a form of symbolic punishment.

Depriving people of their citizenship is immoral – and ineffective. And it has a dark history. During the twentieth century, totalitarian states set records in denationalization: 1.5 million people in the Soviet Union alone were stripped of their citizenship.

Nor was this practice confined to undemocratic regimes. As the French scholar Patrick Weil has shown, laws passed in the United States in the early twentieth century led to at least 140,000 cases of denationalization. Officially, these laws were meant to prevent people from acquiring citizenship through fraud; in reality, they were also used to enforce loyalty to the state. In 1909, the anarchist and feminist Emma Goldman became the first American to be denaturalized for essentially political reasons.

Before World War II and the Holocaust, few were overly concerned about the fact that denationalization could leave people stateless and without what Hannah Arendt called “the right to have rights.” But after 1945, new international legal instruments were forged to eliminate statelessness.

In a series of landmark decisions, the US Supreme Court made it effectively impossible for the government to remove a person’s US nationality against his or her will. As Supreme Court Justice Hugo Black explained in 1967, “In our country, the people are sovereign and the Government cannot sever its relationship to the people by taking away their citizenship.”

And yet calls for denationalization have proliferated across the West in recent years, as many politicians have come to regard it as a legitimate counterterrorism policy. For example, after the November 2015 attacks in Paris, then-French President François Hollande tried but failed to insert a denationalization provision into the French Constitution (an effort he came to regret, because it proved to be more divisive than unifying for the country).

But no country has gone further than the UK in making denationalization a routine counterterrorism measure. According to Weil, between 2006 and 2015 the Office of the UK Home Secretary stripped 53 British citizens of their nationality; at least two were subsequently killed by American drone strikes.

Today, the UK has an extremely low bar for revoking citizenship. The Home Secretary need only be “satisfied that such deprivation is conducive to the public good.” And since 2014, the Home Secretary has been able to denaturalize British citizens even if doing so immediately renders them stateless, as long as there are “reasonable grounds” for believing that the person could possibly acquire citizenship elsewhere. When May was Home Secretary between 2010 and 2016, she usually stripped Britons’ citizenship while they were out of the country, leaving them with no way to challenge the grounds of the decision.

To be sure, denationalization policies have been popular; even Hollande’s proposed constitutional reform was supported by 80% of the French public at one point. This undoubtedly reflects a widespread impulse to mete out some kind of punishment against those who commit terrorist acts. Many people believe that anyone who commits such a crime has already reneged on the social contract.

But this is precisely why punishment should be a matter for the criminal justice system, which guarantees due process in a way that a government office following vague criteria cannot. Any signatory to international conventions against statelessness should technically limit denationalization to those with dual citizenship; and yet if it does that, it will be acting discriminatorily.

Denationalizing “failed citizens” who have committed terrorist acts is also inappropriate as a symbolic gesture. As the Austrian political theorist Rainer Bauböck has pointed out, it would have been utterly perverse for Germany or Austria to denationalize Hitler posthumously.

Denationalization is also impractical. Rather than assuming responsibility for their citizens, and punishing them for their crimes, countries such the UK are dumping potentially dangerous individuals into other countries’ laps. And when someone has multiple passports from countries with denationalization laws, such provisions can trigger a race in which, as Audrey Macklin of the University of Toronto puts it, “To the loser goes the citizen.”

This is not to say that countries must never restrict individual rights in pursuit of a counterterrorism strategy. But other measures, such as confiscating someone’s passport, are far more effective than denationalization. The latter may be emotionally satisfying, but there are high costs associated with what Peter Spiro of Temple Law School has derided as “security-related theater.” Denationalization undermines the concept of citizenship generally, by framing it as a privilege that can be revoked without due process, rather than as a basic “right to have rights.”

Despite its aggressive approach to counterterrorism, the US, like France and Germany, has so far adhered to former Supreme Court Chief Justice Warren Burger’s dictum that “citizenship is not a license that expires upon misbehavior.” And, although US President Donald Trump has demanded“consequences – perhaps loss of citizenship or year in jail!” for those who burn the American flag, it is unlikely that he will get his way.

Still, Trump can look admiringly to the UK, if May or others continue to hone and normalize the British government’s authoritarian approach. 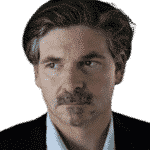