‘Housing first’ has become good practice in ending homelessness, in various European countries, especially for those with complex needs.

‘I like working with associations because I feel it is important. If they can’t find owners who are willing to rent out their apartments, many people find themselves on the streets,’ says Denise Klein, head of a family-owned property company which owns several apartments for rent in Alsace, eastern France. To rent some of her apartments, Klein uses rental intermediation. Established by law in France in 1990, this social mechanism enables the state, or an approved association, to guarantee private landlords that the rent will be paid on one hand, while offering tenant households affordable rent on the other.

‘Rental intermediation is like subletting. The association signs the lease and supports the tenant in finding accommodation. We adapt to people’s needs,’ explains Sami Barkallah, project manager for integration through housing at ARSEA Strasbourg, a local charity providing social support. ‘This allows the tenant to move towards independence. There is the guarantee that the rent will be paid by the association and if there is a problem with the neighbours, I know the association will intervene. It’s about trust and security,’ adds Klein.

Elsewhere in Strasbourg, a billboard invites owners to use the FAC’il platform. ‘Owner of an unoccupied home? Rent it safely with FAC’IL!’ it says. ‘We operate like a real-estate agency, but with a social vocation. At the end of 2020, we had 286 social-housing units leased under a management agreement in the Bas-Rhin department and these are not only social buildings, because we want social diversity. The idea is to ensure that people are not identifiable and stigmatised, so that they can integrate into society,’ explains Gulcan Guler, project manager of the platform, which launched in January 2020.

Since 2010, the Integrated Reception and Guidance Services (Services intégrés de l’accueil et de l’orientation, SIAO) of France’s 101 prefectures (which represent the national government at the local level) have centralised at the district level all requests from social workers who manage the cases of families or people looking for accommodation, as well as the availability of emergency housing or accommodation rented by associations that carry out rental intermediation.

Social workers present their candidate and the SIAO convenes an allocating committee to decide if they are eligible for assistance. To qualify for accommodation, people in difficulty (homeless, in collective accommodation, lodged in hotels, for example) must have legal status, if they are foreigners, and have a minimum of resources, in particular through social assistance (such as benefits).

Once the accommodation has been allocated, the tenant signs the support contract with an approved association and the latter accompanies them through all the procedures. ‘Sometimes there is a language barrier, so you have to find alternative means of communication. We will help them, for example, to sign up to utilities suppliers, buy furniture or take out insurance,’ explain Guler and Barkallah. ‘The objective is to put the people we support in a real tenant situation,’ adds Barkallah.

According to the leading French housing charity, the Abbé Pierre Foundation, 2.16 million people were on the waiting list for low-rent housing in 2019. Rental intermediation is a way to compensate for the lack of social housing by entering the private market at a reasonable price, even though the price difference between the social and private market makes it more and more difficult to gain access to private accommodation. The regular increase in rents in this sector has meant that the income share tenants spent on housing rose from 17 per cent in 1984 to 26 per cent in 2006. For the poorest 10 per cent of French households, housing can cost up to half of their income (42 per cent on average).

‘Our big problem today is the housing supply. We have found that outside of social housing, there is no available housing in many large cities where the market is tight,’ explains Martine Chanal, strategy and innovation officer for housing for the metropolitan area of Lyon. In fact, the Lyon metropolis has just 8,000 housing units to offer for 70,000 applicants. She also notes that the difference between housing supply and demand has further increased with the pandemic. With precariousness on the rise due to job losses, the death of family members and the poor housing conditions endured by many over the lockdown, the Abbé Pierre Foundation describes the social crisis linked to housing as a ‘time bomb’ in its 2021 report.

France and the fight against poor housing and homelessness

France is one of the few European countries, along with Scotland and Finland, to have an advanced policy against homelessness. In addition to paying nearly €18 billion in aid and housing allowances to nearly one in five households (between 2005 and 2017), successive governments—regardless of their political stripe—have put in place several systems to help the poorly housed and the homeless. After the election as president of Emmanuel Macron in 2017, for example, a Five-Year Plan for Housing First was launched, with the objective of providing 200,000 social housing units by 2022.

This plan is a continuation of the 30-year search for solutions to poor housing and homelessness, inspired in part by the philosophy of ‘housing first’. In the 1990s, Sam J Tsemberis popularised this model in the United States. It is aimed at people who have been living on the streets for a long time, with or without medical conditions, or those released from prison, often left to fend for themselves.

As with rental intermediation, the premise is that access to housing is a fundamental right, which should not be determined by whether someone stops using drugs, changes their behaviour in some way or even agrees to monitored medical treatment (the ‘treatment first’ model). Housing first acknowledges that a person needs safe and secure housing before they can become independent.

The current plan in France aims to extend the experimental A Home First (Un Chez soi d’abord) programme, initiated by the government of François Fillon in 2011 in four cities: Marseille, Paris, Lille, Toulouse. It was expanded in 2016 by the socialist government under François Hollande.

This programme is essentially based on the rental intermediation system and is intended for people who have been homeless for a long time, sometimes more than 10 years, with medical conditions or addictions. From 2011 to 2016, it supported more than 350 people gaining access to housing quickly and unconditionally.

The results show that after two years of the programme 85 per cent of clients were still in the same accommodation. In addition to this encouraging figure, the data reveal a reduction in the annual costs (hospitalisations, legal proceedings and so on) of care per person. The current objective set by A Home First is to house and support a total of 2,000 people by 2023, in various big cities.

‘There are 1,001 different schemes in France today, but the country is moving in the right direction. I see progress. Five years ago, the Housing and Social Reintegration Centres [Centres d’Hébergement et de Réinsertion Sociale, some of which are run by charities, others by local government] did not want to hear about Housing First. Today they are interested. There is movement, but I think that we still need an injection of cash and a good dose of political will,’ says Samara Jones, co-ordinator of the Housing First Europe Hub, which aims to harmonise the various policies in Europe on the subject.

Drawing on Tsemberis’s work, other European countries have also started to launch their own Housing First programmes. These programmes are also based on rental intermediation, but with different characteristics specific to each country. Some reserve the programme for people who have been on the street for a long time, who have problems with alcoholism, use drugs or have medical conditions. This is the case, for example, with Scotland.

Finland’s strategy, by far the most advanced, is aimed at all people living precarious lives. According to the Housing First Europe Hub, there are hardly any homeless people left in Finland.

‘The government aims to reduce the number of homeless people to 2,000 by 2024,’ says Jarkko Jyrasalo, head of Väinölä, a small development just outside of the capital, Helsinki, which was purpose-built for unhoused people. ‘In Helsinki there is only one accommodation centre with only 50 beds. In fact, the more we open up the number of beds, the more it will fill up. We have to make a transition: stop opening places in temporary accommodation and instead, put the money where we can ensure that there are enough apartments throughout the city, in both social and private buildings,’ says Jyrasalo. Jones agrees: ‘If the politicians don’t take this decision once and for all, the system will continue as it is and so will the problem.’

In Germany, the city of Berlin has developed a more targeted approach, with a programme for women—who are frequently victims of domestic violence—and another reserved for young people, by joining forces with the child-protection services. These are all models that meet growing needs, since over the past ten years the number of people excluded from housing in the European Union has increased by 70 per cent.

According to the latest report from the European Federation of National Associations Working with the Homeless (Feantsa), published in July 2020, it is estimated that more than 700,000 people are homeless in Europe. Faced with this problem, on 24 November 2020, the European Parliament adopted a resolution calling for ‘an end to homelessness at the European level by 2030’.

While the French government aims to provide 40,000 additional housing units in the private rental market by 2022, via rental intermediation, a little over a year after the start of the five-year plan, only 6,200 rental intermediation places have actually been created in the private market. Indeed, the capacity to attract private housing remains the main obstacle to the system, since the property market is more favourable to the supply side (the owners) because of the general shortage of housing.

For Barkallah of ARSEA Strasbourg, even if the owners are reassured by the guarantee of rent payment and by the possibility of an 85 per cent reduction in tax, ‘the problem is that the rent must be low; it cannot exceed 30 per cent of the tenant’s income,’ explains the project manager. As a result, there are not many owners of small homes, in high demand and often more profitable on the free market, who are ready to commit to rental intermediation. For them, despite the incentives, the system is not that advantageous.

Moreover, private donors do not always play the game to the end. They benefit from the presence of the intermediary which guarantees them the payment of the rent, the resolution of any problems with neighbours, and taking responsibility for any damage, but it seems that in most cases landlords are reluctant to renew intermediary leases once the first contract comes to an end.

According to Brice Mendes, director of the Strasbourg-based assocation l’Etage, which helps homeless young people, only 15 per cent of leases make the transition to become conventional contracts, without intermediaries. Yet the objective of rental intermediation is precisely to support the tenant for six months or a year so that he or she is then independent and becomes part of the private market over the long term. It’s a return to square one, which calls into question the effectiveness of the system. 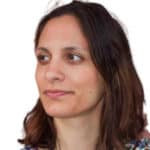 Sara Saidi is a journalist who has worked for BFMTV, France 24, RTL Radio and Libération, and currently Slate and RFI among others.