Weronika Grzebalska argues that illiberal policy innovations in central Europe are fuelling the crisis of social reproduction they promised to tackle.

This month, Polish protesters took to the streets after 30-year-old Izabela passed away from septicaemia in a hospital, her foetus having died in her womb. Her death came nine months after abortion in cases of foetal defects was deemed unconstitutional in Poland, under the illiberal Law and Justice (PiS) government.

Women’s rights activists fear that this cruel ruling will increasingly push medical staff to take a wait-and-see approach to women with difficult pregnancies. Population experts also predict it will further lower already falling birth rates, with surveys long reporting that Polish women are having fewer children than they would like to, due to the twin pressures of market capitalism and illiberal pronatalism.

The anti-abortion ruling exposes the cynical contradictions of illiberal family and demographic policy. This is why Polish politicians and anti-abortion advocacy groups have since tried to distance themselves from Izabela’s death, presenting it as a tragic accident unrelated to their radical agenda.

After all, the illiberal right in both Poland and Hungary came to power harnessing material anxieties related to the growing crisis of social reproduction—the declining ability of societies to create and maintain social bonds and provide care between and within generations. By promising to protect ‘family values’ amid the progressive decline of socio-economic security, and by offering families vital endowments, central-European illiberals have rallied even moderate voters behind their agenda.

So far, the global liberal left has predominantly sought to undermine this promise by presenting the pro-family offensive as part and parcel of a broader right-wing backlash against the twin enemy figures of ‘gender’ and ‘LGBT’. This strategy has produced rather mixed results in central Europe.

It has consolidated opposition voters around the defence of progressive values. But it has ultimately failed enduringly to connect to the lived experience of those for whom government socio-economic policies and family-centred discourse have offered genuine respite.

Against this background, a forthcoming book by the Hungarian scholar Éva Fodor provides a refreshing take. It seeks to complicate the simplistic, anti-gender-backlash narrative and ultimately debunk illiberal promises on their own terms.

As Fodor argues, the demographic experiment of the illiberal right has, indeed, brought some positive short-term results for many women. In Hungary, it has resulted in significant cash flows to families with children, along with loans and mortgage schemes for working families. Rather than entrenching the male-breadwinner model, the Fidesz-KDNP government’s social policies are significantly tilted towards those combining care work with paid employment, and have therefore appealed to hard-working, lower-class women in particular.

Fodor also reveals, however, that the illiberal solution to the crisis of social reproduction is silently freeriding on the backs of increasingly overburdened women. Reconstructing gender politics across different sites and through different data, she shows that illiberal socio-economic policies have erected a central-European innovation—the ‘carefare’regime.

Under its logic, women are disciplined into taking up a growing volume of care work and precarious employment, in return for moderate economic advancement, in a system structurally biased against them. Any resistance to this exacerbated exploitation of women is silenced by moral panics around ‘gender’, which illiberals ignite to eradicate the language of women’s rights and equality from state policy and discourse.

In Poland, where the post-1989 transformation led to the highest income inequalities in the region, the care regime emerging under illiberal governance has a significant class dimension. It can best be described as ‘carefare for the poor, marketisation for the affluent’, with middle-class women able to opt out partially of the exploitative logic of carefare by relying on the (largely feminised) private-care sector.

Under the PiS government, the lack of structural reforms to the crumbling public institutions has led to what the journalist Łukasz Pawłowski has called ‘the second wave of privatisation’. As a result, members of the Polish middle class are increasingly signing their kids out of public schools, the private healthcare market is booming and the growing influx of live-in migrant care workers is patching over structural voids.

At the same time, analysts show that even PiS voters are slowly growing disenchanted with the party’s flagship policy of universal family benefits. It is seen as unable to offset the deterioration in the quality and accessibility of public services.

Rather than shrugging off these illiberal central-European demographic experiments as a domestic issue, European social democrats need to acknowledge the western fuel behind them. The systemic undervaluing of social reproduction and disinvestment in care, following from decades of neoliberal policy-making, is an all-European issue. In the wealthier western states, this has led to increased reliance on migrant care workers, in large number women from central Europe willing to work under precarious conditions.

Unsurprisingly, the strategy of patching up western care deficits by taking advantage of regional inequalities within the European Union has created more vulnerabilities back home. Today, the biggest outflow of medical professionals among EU countries stems from central and eastern Europe, and the numbers are even higher for live-in care workers.

Some central-European progressives see hope in opening up their own states to immigration. Yet extending the care chains further without revaluing care in the EU is not a magic solution: it would only replicate the same inequalities women in the region have faced as migrant workers in the west.

As more and more women in central Europe experience the cynical, exploitative contradictions of illiberal family policy, social democrats have the chance of a new opening. So far, a lot of critical energy has gone into defending the concept of ‘gender’ from illiberal moral panics. Still, political concepts should be treated as critical tools to connect to lived experiences, rather than ends in themselves.

It is by using a gender analysis to uncover how illiberal demographic innovations are built on the backs of women that social democrats can re-enchant central-European women with their agenda. 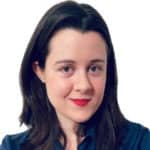 Weronika Grzebalska is a sociologist, an assistant professor at the Institute of Political Studies of the Polish Academy of Sciences and a RethinkCEE fellow at the German Marshall Fund of the US. Her work focuses on (para)militarism, security, right-wing politics and gender politics in central Europe in the neoliberal era.