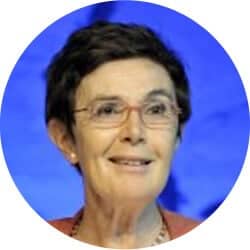 Le Monde has good reason to claim that the idea of a “universal basic income” (UBI) or “citizen’s income”, which in these times of unrestrained populism is reappearing in Italy and France, is “a false good idea”. The theory (an unconditional universal income guaranteed for all citizens of a given community) poses enormous problems of cost – we are speaking of hundreds of billions of euros – against the much more limited sum that would be required for “plans for the direct creation of jobs for young people and women” inspired by a “universal right to work” – or “citizen’s work” – and Roosevelt’s New Deal.

Such a limitless cost makes the former simply impractical and the latter much more credible – enough to settle the matter, were it not for the fact that the idea of a “universal basic income” also raises highly important moral and cultural problems. We cannot ignore the fact that one of the first supporters of an “unconditional basic income” was Milton Friedman, the monetarist precursor of neoliberalism, who formulated a version of it based on a drastic reduction in public expenditure and taxes and the most threadbare safety net for the weak, as in “negative income tax”. But some theorists on the left, too, end up endorsing the image of a “minimal” welfare state, if it will mean achieving a “basic income”. This is especially the case in the more coherent versions, such as absorbing all existing transfers (including pensions and disability benefits) and reducing public services to zero, thereby (partially or wholly) supposedly providing the additional resources for financing it.

Underlying all this there is a strange resistance, even on the left, to coming to terms with the deeper implications of the permanent crisis that exploded in 2007/2008, almost as if they were indifferent to a politico-structural analysis of neoliberalism and its most devastating outcome –that very permanent crisis. The justification for “universal income” often takes the form of “well, there are no jobs anyway, and there won’t be any in the future either, or what there is will just be menial”. However, this justification makes the “citizen’s income” a kind of resigned acceptance of reality as it is, paradoxically sanctioning and legitimizing the status quo. As a result, no one need feel the need to demand deeper changes, and there is a ready-made justification for the public sector to throw off more and more of its responsibilities, as any administrator finds it easier to make a monetary transfer than grapple with the problems of maintaining, rebuilding and strengthening a social fabric that is vast, complex and structured. Western societies would be destined to become “jobless societies”, and its citizens to be financially compensated with forms of “citizen’s income” that place “income” before “jobs”.

There is almost no attempt in this perspective to combine an analysis of the changes with an observation of the structural elements of how accumulation and production function in the destructive neoliberal version of the capitalist system. It goes no further than a consideration of inequalities as a problem that is simply distributive and redistributive, to be treated ex post, and not one of allocation as well, to be treated ex ante because it concerns the functioning of those structural elements. There is also some correlation between the haste with which “citizen’s income” enthusiasts consider the political achievements of the “thirty glorious years” (quickly dismissed as a unique “parenthesis” of growth) and their inadequate attempts to hold Neoliberalism which followed on responsible for generating the explosion of inequality. Problems of allocation and structure are becoming more and more pressing, and monetary tools that are typically undifferentiated, elevated and generalized – and the “citizen’s income” is one of these – cannot genuinely impinge on them, but risk being offered as the only tool for solving a multitude of problems that in truth need policies that are complex, targeted and practical.

The very notion of what a job is requires clarification conceptually and culturally. The escamotage (sleight of hand) of some on the left – we support both a “citizen’s income” and “full employment” – is a sham that leaves all the problems unsolved. What is truly remarkable is that, today, only religious figures – like Pope Francis who has described neoliberalism as “the economy that kills” – show a strong, persistent sensitivity to the trinity of work/person/welfare, insisting that the right to a job is primary, superior even to the right to property, and that a worker’s relation to his job affects not only what he has, but his “being”. It is equally remarkable that no one invokes Marx, who, with Hegel, saw in work – in its “creative anxiety” – the process by which man does not merely metabolize but mediates – symbolically and otherwise – the relation between himself and nature, changes himself by giving himself a self-transforming function, and systematically explores intellectual dimensions of awareness and planning.

So, rather than seeking to construct a “welfare for non-full-employment”, absolute priority should be given to creating jobs by getting rid of the ostracism around the aim of “full and good employment”. We need to be acutely aware that full employment’s intrusiveness – I mean its “revolutionary nature” – as regards the spontaneous functioning of capitalism is greatest precisely when the economic system does not naturally create employment and prepares itself for a jobless society. Significantly, the late great economist Tony Atkinson proposed a “participation income” – a monetary benefit to be allocated on the basis of social contribution (work of various kinds, education, training, etc.) and recommended we once again take the aim of full employment seriously, ensuring that governments act as an “employer of last resort” offering “guaranteed public employment”. But, at the same time, he was still suggesting that “the direction of technological change” be identified as an explicit commitment on the part of collective institutions, designed to increase employment and not to reduce it, as happens with automation. However, it is here, claimed Atkinson, that we can unmask the deception concealed by the phantasmagorical proposals (setting up forms of “citizen’s income” privately and locally) of some entrepreneurs in Silicon Valley. They have an interest in insisting that innovation is guided by supply (i.e., Atkinson translated, by corporations) and not by demand and the needs of citizens, and that those citizens need only spending capacity and purchasing power – i.e. income, perhaps in the form of a “citizen’s income”.

Laura Pennacchi, a former junior minister of state at the Italian Ministry of the Treasury, Budget and Economic Planning, is a member of the Scientific Committee of Fondazione Basso and co-ordinator of the National Economy Forum of CGIL (the most important Italian trade-union confederation).