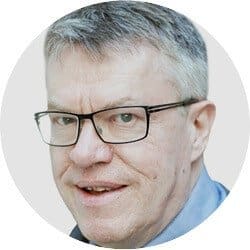 The European Union  is in deep need of a restructuring. The EU is either reconstructed – or the crisis continues. EU will not, however, collapse; it will probably, on the other hand, lose decision-making power and support.

The reconstruction concerns the nature of the EU: its form (flexibility), its content (“de-federalisation”), and its actors’ attitude (legitimacy).

The idea of a more flexible EU has been around for years. EU is already to some degree flexibly organized via EMU and the Schengen acquis where not all member states participate. But flexibility in this sense is temporary: that on offer is always a step on the way to full participation.

A reconstructed EU implies a more permanently flexible cooperation. This means a final end to the present one-size-fits-all model. An à la carte model might even – all in all – imply more European integration rather than less. For example, several European countries could become more strongly linked to the EU as associate members. This could be appealing to countries such as Ukraine, Turkey, Albania, and Bosnia. They could get a closer affiliation to the EU than today in certain defined areas without full membership.

A more flexible EU is also thus a more “sensitive” EU. It implies that had David Cameron been given concessions in the area that clearly worried the British electorate the most – full free movement of labour from other EU countries – the outcome of the UK referendum would have been different. Cameron could have been offered a “freeze” on free movement. Such “escape clauses” are known from other international agreements. With more flexibility, Brexit would never had happened.

Throughout the EU’s life federalism has been a powerful ideology. Its ultimate goal is a kind of United States of Europe. According to the federalist argument, only such a united Europe will have a defining role to play in world politics. In addition, this came with the wish for a more democratically rooted EU via direct elections to the European Parliament (EP) to create closer connections with the citizens.

Federalism has had a considerable impact on the EU. The integration process so far mainly consists of a series of gradual changes in EU treaties (referred to as “neo-federalism”). In general, the preoccupation with constructing powerful EU institutions and granting new competencies to the EU are federalist imprints. In consequence, political energy has often been directed towards the input side of the decision-making process (how to take decisions). In a reconstruction perspective, this energy should instead be on the output side (to make decisions on growth, trade and security for citizens).

Within the integration process, the EP has gradually become more powerful. With the Lisbon Treaty, approx. 75 per cent of all policy areas under EU competence has the EP as co-decision-maker. However, with turnout remaining very low and declining (from 62 per cent in 1979 to 42.5 per cent in 2014), this has not led to any more voter loyalty.

In conclusion, too much political energy in the last 30 years has been spent on discussing institution building and the distribution of power in the EU, instead of discussing policy outputs (a ‘Europe of results’).

Ideally, the Parliament should restrain itself and go back to a consultative role. But is that perhaps too much of to ask of an institution which for decades has fought for the opposite? On the other hand, MEP’s might also realize the alternative’s face: a permanent crisis of the EU.

If the EU political system is to work properly, it has to be legitimate. Political scientist David Beetham established that the exercise of power is legitimate: 1) if it is performed in accordance with statutory rules, 2) if there is correspondence between convictions by the political class and the citizens, and 3) if the legitimacy is explicitly expressed.

When it comes to the first criterion, the EU is characterized by having rule-of-law-like character. In other words: In theory, the European Court of Justice sanctions member countries and citizens who do not comply with the provisions of directives or regulations.

As detected by EU researcher Gerda Falkner, however, there is one problem: The willingness to comply with EU regulations varies greatly among member states (MS). In practice, according to Falkner, in many southern and eastern European MS it is the rule rather than the exception that they fail to comply with EU regulations. She claims that they are living in “a world of dead letters” when they fail to respond to the reminders about violations of EU’s regulations.

When it comes to EU as a legislative authority, legitimacy is formally fine. In practice, it is more ambiguous.

What about the second criterion – accord between the governing politicians and the citizens? Here the EU’s legitimacy is generally ambiguous. As Simon Hix once showed in his seminal book, The Political System of the European Union, the Commission is always in accordance with the most integrationist MS in individual policy areas. In a legitimacy perspective, the Commission is often out of sync with (other) member states and their peoples.

When it comes to the third point, concerning the explicit nature of EU legitimacy, this is also very ambiguous. On the one hand, repeated opinion polls show that the great majority of voters will vote “yes” to EU membership by referendum here and now. On the other hand, when a referendum campaign starts rolling, the “yes” and “no” become are put more on an equal footing in the media than normally the case. And, as we have seen, turnout in EP elections has reached an historic low.

The EU crisis is not just about one thing. Both more flexibility and “de-federalisation” will have several positive effects. That will increase EU’s legitimacy. However, a reconstruction of the EU on these lines will require far-sighted and courageous politicians of the same calibre as in the 1950s, when the EU was established, and in the 1980s when the EU was last in a deep crisis.

Do these politicians exist in present day European politics?

Peter Nedergaard is a professor of political science at the University of Copenhagen.