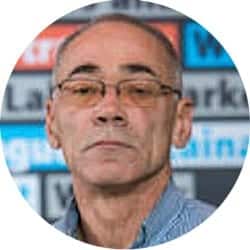 The 2015 COP21 summit in Paris was presented as a last chance to reach a global agreement to control climate change caused by human activity. The fact that 187 countries made commitments with the aim of limiting the global temperature increase by the end of the century to ‘well below’ 2°C (and possibly 1.5°C) can indeed be seen as a success! However, the targets will not be achieved without very substantial policy changes. The ‘Nationally Determined Contributions’ (NDCs) – the commitments made by individual national governments – do not add up to enough of a reduction in carbon emissions to reach that goal, even assuming that they will be fully achieved.

For the 2°C target these pledges will be inadequate. Calculations by UNEP (2015) show how much the world will be falling behind. Total world emissions from 2010 to 2030 will have increased from 48.6Gt (gigatonnes) to 57.8Gt while following the target path would signify a reduction to 42Gt. By 2030 the emission gap between the 2°C pathway and the likely achievement based on the Paris NDCs is much larger than the cumulative Paris pledges compared to current policy.

While the ‘success’ of Paris means that by 2030 national pledges are likely to achieve an annual GHG emission level of 57.8 Gt (instead of the likely 60 Gt based on current policies) the ‘emission gap’ to the 2°C pathway is still 15.8Gt! According to expert calculations by the independent Climate Action Tracker (2015), if all COP21 pledges are fully implemented, global temperatures would still be rising too rapidly by the end of the century (in the range of 2.7-3°C).

The significance of the Paris Agreement is that this huge emissions gap has been made explicit.

Based on the overall commitment to the 2°C temperature increase global carbon neutrality (net-zero emissions) needs to be achieved between 2055 and 2070. Carbon neutrality refers to achieving net zero carbon emissions by balancing the amount of carbon released with an equivalent amount removed from the atmosphere.

As industrialised countries are expected to reduce GHG emissions faster than developing countries, for the EU this means net-zero emissions by as early as 2050. Based on current EU climate policy targets and instruments we will not get there. The EU needs therefore to reassess its climate and energy policy targets for 2020 and 2030 and redefine a pathway to net zero emissions by mid-century.

The EU has already promised to raise its 2020 GHG reduction target to 30% if there is global action on climate change; this condition has now been met, so action should follow. The 2030 targets of a 40% GHG reduction could therefore be redefined in accordance with a pathway to reach net zero GHG emissions and an exit from fossil fuel by 2050.

Individual member states have adopted national GHG reduction targets based on their capabilities, but performance relative to national targets is uneven. Cyprus, Malta, Spain, Portugal and Ireland have the worst performance, while the new member states (with the exception of Poland) are among the best (EEA 2015). To achieve overall targets, a 27% EU target for the share of renewable energy by 2030 would need to be revised upwards. Here again, there are a number of underperforming member states, in particular Malta, Luxembourg, the UK and the Netherlands and in the absence of binding national targets the EU has no proper tool for implementation. Progress in energy efficiency is even slower. A comprehensive overview of the EU climate and energy policy targets is thus necessary.

Another area for improvement would be the EU’s emissions trading system (ETS). This was established in 2005 and allowed enterprises to buy at significant cost the right to greenhouse gas emissions. The hope was that this would prove a flexible means towards reducing emissions overall. Generous allocation practices and the economic crisis led to an over-abundance of permits and their price fell such that the disincentive to emit greenhouse gases was reduced. To counteract these negative effects CO2 allowances need to be withdrawn from the market; and yet a Commission initiative to this end backed by the European Parliament was blocked by a coalition of member states in the European Council. It is high time now to ensure that pre-2020 surplus emissions permits are not carried over to the post-2020 phase of the emissions trading system.

Investment into a low carbon economy could be boosted with the help of an expanded version of the EU’s investment plan. Following the announcement of the European Fund for Strategic Investment (EFSI), by mid-2015 Member States have proposed investment projects at a total value of €1,409bn (E3G consultancy/Bergamaschi et al 2015). The sectoral distribution of project proposals shows that less than half (€624bn) can be classified as low carbon, while the share of renewable energy generation makes up just 10% of the total and energy efficiency projects a mere 5%. For power generation existing EIB lending criteria use an Emissions Performance Standard (EPS) of 550gCO2/kWh (excluding coal and lignite generation but not gas‐fired plants) targeting at a 70% GHG reduction by 2050. Even current EU commitments (to reach a reduction of 80-95 %) would require EFSI to apply a tighter EPS, at least of 350gCO2/kWh. But, in line with the Paris overall objective, this should be tightened further in order to reach carbon neutrality by 2050.

It can be also argued that a substantially higher carbon price should provide incentives to speed up the transition towards a zero carbon economy. At historically low fuel prices a levy or tax on fuel should be imposed with revenues channelled into clean energy incentives.

Europe will have achieved a 40% reduction in GHG emissions between 1990 and 2030 and between 2030 and 2050 a further reduction to zero emissions should be achieved. This will require a much higher GHG reduction intensity than what past and current policies represent.

Faster greening and decarbonisation also mean that jobs and skill needs will change at a more rapid pace than previously thought. Europe urgently needs to move beyond the objectives that were laid down in the Europe 2020 Strategy; the 2030 Climate Package needs to be made more stringent. The entire European policy framework on the transformation to a zero-carbon economy needs to be strengthened and it also needs to include appropriate education and skills development and labour market policies that facilitate the transition. In this regard there could be an EU-level support mechanism providing assistance to employees from sectors where rapid employment decline is anticipated. Employees in energy-intensive industries cannot be left without support.