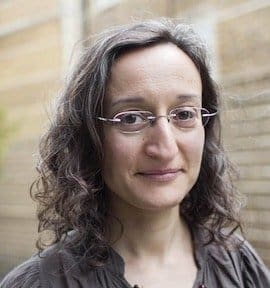 It’s that Davos time of the year, when a bunch of powerful men gather in a luxurious Swiss ski resort to re-assure the 99% that the global economy is in good hands.

According to IMF head Christine Lagarde “The answer is most likely ‘No’.” A spectre of a nightmarish deflationary spiral of falling prices and wages might be around the corner, she said this week.

From the 1% vs the 99% of the Occupy movement and Oxfam to the World Bank’s call to focus on the trajectory of the income of the bottom 40% or the increasingly touted Palma ratio, debates on inequality are back. And yet, there’s a group systematically omitted within such debates: women – and in particular women in poor countries.

By virtually every measure, women are among the ‘wronged’ percent economically. New ActionAid research has found that being in the wrong side of the equation costs women in poor countries $9 trillion a year – in other words, more than the GDP of Britain, France and Germany combined.  Globally the cost stands at $17 trillion. This is the potential additional income that women could receive as a result of closing both the wage and employment gaps.

Mainstream development debates resonate with discussions on women’s economic empowerment. However, the focus is often on how opportunities for individual women in poor countries can be improved through micro-finance, or entrepreneurship skills, or job opportunities. Some of these are necessary policy and legal measures. But they are not sufficient.

This narrow approach to addressing women’s economic inequality is tantamount to focusing on how the working class, or an increasingly impoverished middle class for that matter, can jump on the lift of upward social mobility, while ignoring the macro reasons for economic inequality.

This approach to tackling inequality is premised on the idea that someone is bumped up as someone else comes to occupy the last step in the ladder. This way, you can tinker around the edges without addressing the fundamental causes of inequality.

However, for women as a group, and in particular women in poor countries, this approach doesn’t work. They can’t move upwards because there is no one else to occupy the last step in the ladder. The reason why women stubbornly stay at the bottom of the pile is because they are women. This means that the whole debate on economic inequality needs to address fundamental gender issues.

The other powerful reason is the need to feed the beast. For decades, we have been in a downward spiral where the global economic and financial system is fed by increasingly cheap labour and capital gains that are increasingly concentrated in fewer hands. Women have provided cheap labour to the economy, as well as free labour at home– subsidising trillions in paid care services.

As we focus on how to buck the trend between winners and losers of an increasingly dysfunctional system, we can no longer dodge the fact that half of us have been systematically losing out to the tune of trillions every year.

This must stop now.

ActionAid UK has also released a longer report on the topic, which you can download here.

Nuria Molina is Director of Policy, Advocacy and Campaigns at
ActionAid UK.